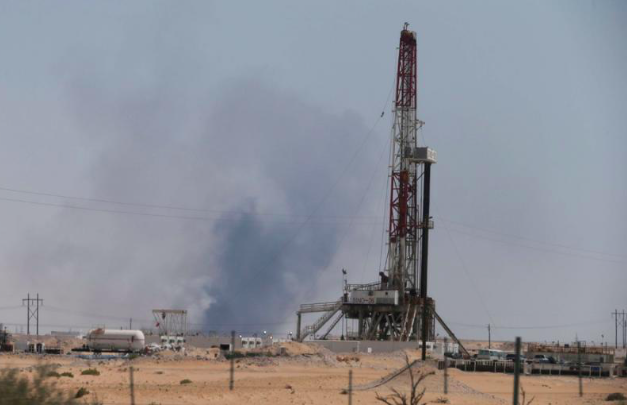 GUEST COMMENTARY--Even if US intelligence decisively shows that some of the drones and cruise missiles used in the attack on Saudi Arabia’s oil fields originated in Iran, a decision to go to war with Iran would be inexcusable and insupportable.

For one thing, such a decision would not serve US national interests; it would be based on Saudi oil supplies and oil prices—a war for oil, pure and simple.

Second, the attack would be a logical (some would say, predictable) retaliation for many months of US-supported Saudi air attacks on the Yemeni rebels that have caused tens of thousands of deaths, widespread malnutrition, and a health crisis—crimes against humanity according to many observers.

Third, the very idea that the US should go to war in support of a criminal Saudi regime is outrageous. The government of Crown Prince Mohammad bin Salman is responsible for the murder of the journalist Jamal Khashoggi, the coddling of the 9/11 terrorists, and consistent violations of the human rights of Saudi women and political opponents.

Fourth, the full backdrop to this war threat must include Trump’s withdrawal from the nuclear deal with Iran and the ensuing Bolton-Pompeo strategy of “maximum pressure” on Iran designed to provoke regime change. Ever since, Iran’s leaders have been looking for ways to fight back against a US policy that has caused considerable economic damage, but without directly hitting US targets. Now, for the second time in a few months, Trump says “we” are “locked and loaded,” on the pretense of retaliation rather than as a follow-up to US economic warfare. In a word, responsibility for this crisis rests most directly on the Trump administration’s rejection of diplomacy in favor of sanctions and threats.

The US has no obligation to go to war for the sake of Saudi oil or in defense of Saudi territory. Nor is there a legal basis for doing so: Saudi Arabia is not an ally, and any decision for war, or other military action, requires Congressional approval. If Trump decides on war, it will be to curry favor with his and Jared Kushner’s dear friend, the crown prince, and satisfy the warmongering Israeli leadership—all despite the Pentagon’s reported advice against war. US military leaders well understand the dimensions of disaster war with Iran would create.

Trump may well back away from his latest threat, as he often does, perhaps motivated this time by election concerns. He must still be held to account, for his every action contributes to tension in the Middle East and does nothing to restrain Saudi Arabia in its Yemen war or provide incentives to Iran to negotiate.

(Mel Gurtov, is a CityWatch contributor … syndicated by PeaceVoice. He is Professor Emeritus of Political Science at Portland State University.)