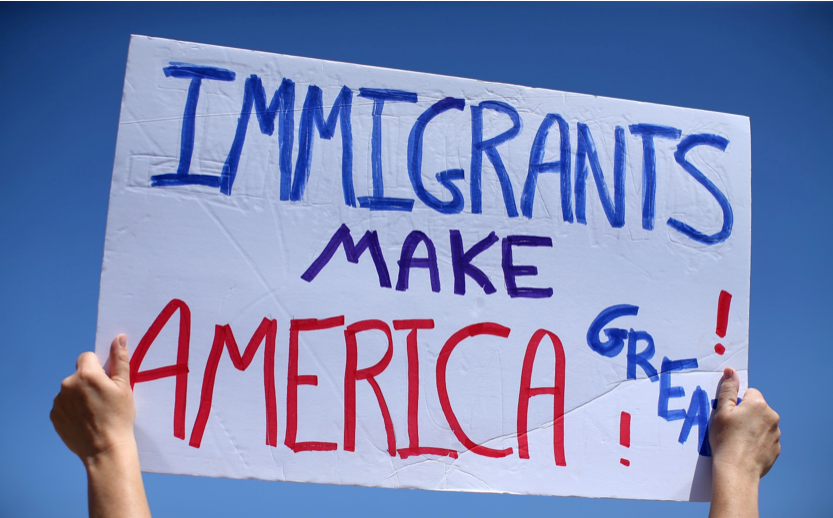 CALBUZZ--President Trump continually uses the word “invasion” to describe the immigration issue on the U.S. Southern border not just for its inflammatory, provocative and incendiary usefulness to his cause, but because it would lay the foundation for his dictatorial seizure of the National Guard.

Despite the fact that illegal border crossing into the U.S. has been declining steadily in the past decade and a half, if Trump can successfully implement the lesson of his mentor Joseph Goebbels, the Nazi Reich Minister of Propaganda —  “If you tell a lie big enough and keep repeating it, people will eventually come to believe it.” – he could create a popular perception that, unless legally challenged, would give him authority to use U.S. military forces for domestic purposes, like controlling the border by repelling the “invasion.”

Always Believe Calbuzz  -As we wrote in February of 2017, a year before Trump tried (and was thwarted by Gov. Jerry Brown) to use California National Guard troops for border patrol:

In the normal course of events (how fondly and wistfully we remember such bygone days) National Guard troops are under the command of the governor of each state.

At the same time, the Posse Comitatus Act of 1878 prevents the use of federal armed forces (except the Coast Guard) for peacetime law enforcement within the United States. And under the National Defense Authorization Act of 2008, the president can only call up the National Guard for active duty for a congressionally sanctioned national emergency or war….

Under federal law, whenever :

(1) the United States, or any of the Commonwealths or possessions, is invaded or is in danger of invasion by a foreign nation;

(2) there is a rebellion or danger of a rebellion against the authority of the Government of the United States; or

(3) the President is unable with the regular forces to execute the laws of the United States;

the President may call into Federal service members and units of the National Guard of any State in such numbers as he considers necessary to repel the invasion, suppress the rebellion, or execute those laws. Orders for these purposes shall be issued through the governors of the States or, in the case of the District of Columbia, through the commanding general of the National Guard of the District of Columbia.

Don’t Take Any More In short, by declaring the United States under invasion, [see (1) above] Trump could assert that he has the legal authority to seize command of the California, Texas, New Mexico and Arizona national guards and their battlefield assets and use them to control the southern border.

Which it is why it’s vital for the news media and political leaders to debunk the notion of an “invasion” every time Trump utters the word. There is no invasion. Our national security is not under attack. The flow of illegal immigrants has slowed, not surged, over decades. And right-thinking people will not allow the president to frame the issue in a way that could enhance his dictatorial power.