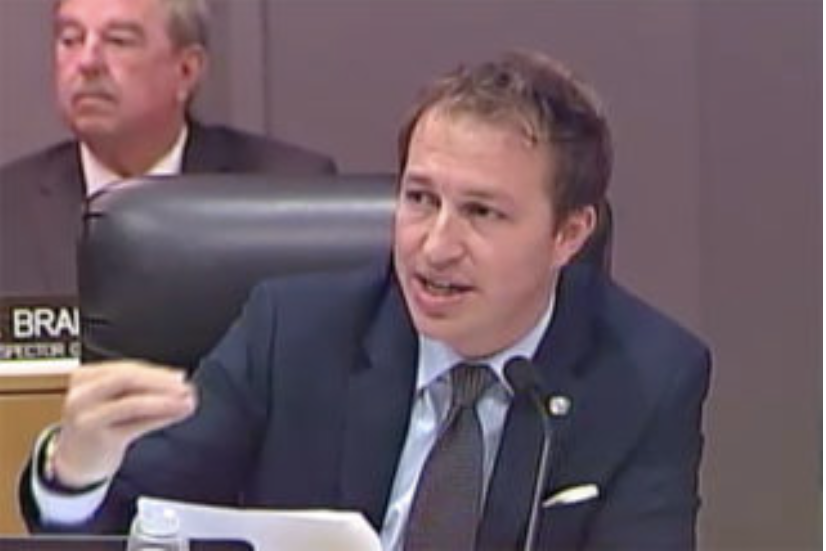 INSIDE THE LAUSD BOARD-“Thanks for your participation in yesterday evening’s meeting with Nick Melvoin. For reference, I attached my notes and next steps from our discussion. Please do not share these notes outside of this group.”  -- Jason J. Rudolph, CCSA

It appears that this school board member was a mole in the boardroom as the LAUSD defended itself against a lawsuit from the charter school industry.
As the Los Angeles Unified School District (LAUSD) board pretended last May to accept public comment on the proposed candidates for the vacant Superintendent position, they had already made a decision. However, in violation of the Brown Act, the Board had neglected to “publicly report any action taken in closed session and the vote or abstention on that action of every member present.” The public only found out about this deception because Board Member Scott Schmerelson released a statement revealing that “On April 20, by the slimmest majority possible, four members of the LAUSD Board of Education (Garcia, Melvoin, Vladovic, Rodriguez) voted to authorize negotiations for an employment contract with Mr. Austin Beutner as the General Superintendent of the District.” In an appearance before the Northridge East Neighborhood Council, Schmerelson further divulged that every time he asked Beutner “a question about education, [Beutner] couldn’t answer because he really didn’t know.”

Schmerelson was rewarded for his transparency with an investigation by the District Attorney. His fellow board member Nick Melvoin denied that he filed the complaint, but told Speak Up, (an organization created to promote his candidacy), that Schmerelson was “revealing closed-session stuff [and talking] about Austin’s answers.” Melvoin maintained that information about “who wanted Austin, who didn’t, what Austin said, is confidential” and should not have been revealed. So much “for a new era of transparency and accountability” that the Board District 4 representative had called for during his campaign.

Ironically, just three months earlier, Melvoin was engaged in his own release of confidential information from closed-door LAUSD board meetings. However, unlike Schmerelson, Melvoin was not providing information to the public but instead to the California Charter School Association (CCSA). The latest release of confidential documents obtained by Michael Kohlhaas dot org suggests that not only was the former Vice-President of the Board outsourcing the writing of legislation to the charter school industry trade group, but he was also providing them with information from the District’s legal staff about a lawsuit that the CCSA had filed against the district. According to these documents, Melvoin agreed to “ask [the District’s lawyer] to identify concrete reasons why District has not or will not publish data” related to the suit.

As an elected member of the LAUSD School Board, Melvoin is supposed to represent the 80% of students who attend district schools, but these documents prove that his real loyalty lies with the charter school industry that invested in his campaign. The Brown Act allows discussions about court cases to be conducted in private in order to prevent the disclosure of legal strategy to opponents in court cases. Melvoin continued to keep the information provided by legal counsel from the public while he brought it directly to the district’s adversaries, potentially damaging the ability of the LAUSD to defend itself. If, as Melvoin himself noted in complaining about Schmerelson, “certain things require confidentiality to...increase leverage in negotiations,” his betrayal of trust needs to be severely punished.

“OGC confident in lawsuit position, so no major momentum toward settlement/resolution.”  -- CCSA’s summary of their conversation with Melvoin.

(Carl Petersen is a parent and special education advocate, Education Committee Chair of the Northridge East Neighborhood Council and was a Green Party candidate in LAUSD’s District 2 School Board race. During the campaign, he was endorsed by Network for Public Education (NPE) Action and Dr. Diane Ravitch called him a “strong supporter of public schools.” His past blogs can be found at www.ChangeTheLAUSD.com. Opinions are his own.) Prepped for CityWatch by Linda Abrams.