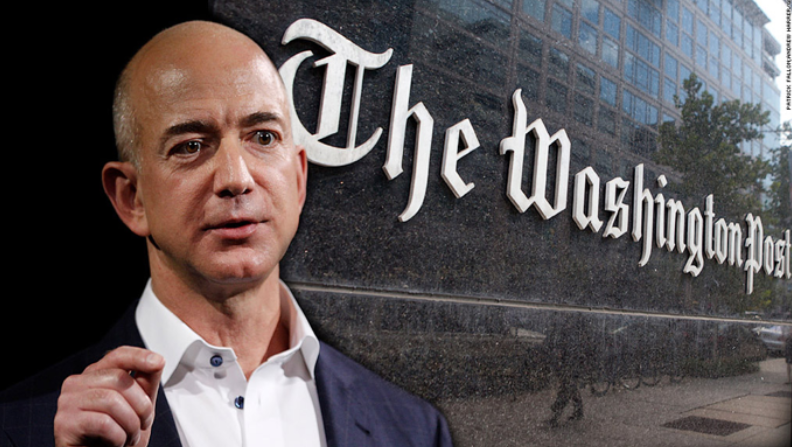 NEW GEOGRAPHY--When there is a general change in conditions, it is as if the entire creation had changed, and the whole world altered. —Ibn Khaldun, 14th-century Arab historian

Congressional posturing about tech firms may have quieted for the moment, but the existential crisis that these firms are creating remains as now unchecked. Even faced with opposition on both sides of the aisle, the oligarchs—those five tech giants that now constitute the world’s five most wealthiest companies—continue to rapidly consolidate economic, cultural, and, inevitably, political power on a scale not seen for over a century.

This tiny sliver of humanity, with their relatively small cadre of engineers, data scientists, and marketers, represent a challenge to democracy, competitive capitalism, and the future of the middle class. Given their virtual monopoly status, a laissez faire approach will likely result in more consolidation; only government action of some kind can stop them now. Current concerns are large enough now that both the Trump administration and many Democrats oppose Facebook’s bid to issue its own currency. That’s a hopeful first step.

No surprise then that tech firms are radically boosting their DC operations—Google is the top corporate spender in D.C., while Facebook and Amazon (whose CEO owns The Washington Post) are in the top 20. Money is the mother’s milk of politics, and the oligarchs have more of it than anyone in a capital that has all the scruples of the Roman Praetorian Guard, with loyalties always at sale for a little silver.

Historian Jeffrey Winters defines oligarchy as being based on “extreme concentrations” or power and wealth. Whether in ancient Athens or Rome, or contemporary New York or London, this overclass tends to be “unusually resistant to radical dispersions of power.” In our time, the ascendant tech oligarchy, as a recent World Bank Study suggests, have exploited “natural monopolies”—roughly 80- to 90-percent control of most key digital markets —that adhere to web-based business, and have served to further widen class divides not only in the United States but around the world.

The imperative for all oligarchies is to preserve their power. Once the media lights are off, and the posturing is done, the oligarchs can continue  playing a clever double game, making common cause with the defenders of capital and pouring money into the welcoming arms of the conservative think tanks.

At the same time, they wish to restore their dominance of the Democratic Party, something they (particularly Google)tried under President Barack Obama’s “Android administration.” They showed early interest in former Vice President Joe Biden but are now pinning their hopes on Kamala Harris, who has longstanding ties to big media companies, telecom providers , Hollywood, and, most of all, Silicon Valley. She seems more amenable to beating on old white men than curbing younger, richer ones exercising oligarchical power.

Whom do the oligarchs’ wish to destroy? Of course, Donald Trump, whom they find understandably offensive, but who also owes little or nothing to them. Perhaps even more threatening are the populists of the left variety, people like Elizabeth Warren and Bernie Sanders, who openly seek to drain their riches and regulate their empires. It could prove a difficult task.

John D. Rockefeller tried to control energy distribution through his Standard Oil. Later, the Big Three ran the automobile businesses. These were powerful firms, but they  could not, like Google, create algorithms that determined what people see, tilted not only toward their own commercial interest but their political predilections as well. In this way, what the techies are doing is oddly reminiscent of China’s efforts to control and monitor thoughts, sometimes assisted by these same U.S. tech firms.

“Tech firms are positioned to dominate older industries like entertainment, education, and retail, as well as those of the future: autonomous cars, space-exploring drones, and most critically artificial intelligence.”

It might seem strange to think that the slick, urbane, and well-educated oligarchs as a greater threat to our future freedom than blathering apostle of “fake news.” But despite his crude statements, it’s not Donald Trump curbing free speech and consigning even the mildly dissident into digital exile. If he loses next year, Trump will leave office as the bizarre leader of a peasant rebellion, but we could be living with the oligarchs information empire for decades.

In contrast to the late futurist Alvin Toffler’s hoped for “demassified media,” we see increasingly centralized control by a few companies. Nearly two-thirds of readers now get their news through Facebook and Google. Long after Trump has retreated to his world of golf links and gold-plated faucets, an embarrassment at best, oligarchs like Jeff Bezos, Marc Benioff, and Lauren Jobs, widow of the late Steve Jobs, will have gained ownership over the nation’s fading traditional media.

But the main vehicle for oligarchical wealth comes from the exploitation of personal data, what Alibaba founder Jack Ma calls the “electricity of the 21st century.” These “super platforms,” as one analyst noted, “now operate as “digital gatekeepers” lording over “e-monopsonies” that aim to monitor our lives in ways even the snoop-crazy Chinese would admire. Firms like Facebook and Google seek to ferret out “psychographic” profiles as part of their core business.

We are already headed toward a world controlled by these super-snoopers. With their enormous financial resources and control of the key digital channels, they are positioned to dominate older industries like entertainment, education, and retail, as well as those of the future: autonomous cars, space-exploring drones, and most critically artificial intelligence. Particularly vulnerable to “disruption” will be Wall Street, long the epicenter of American wealth, but increasingly threatened by the rise of “quant jocks” and “fintech” firms, who may well be shifting much of the financial industry’s weight from New York to the Bay Area.

Fight Monopoly or Live in Tyranny

In a normally functioning competitive environment, such firms would risk consumer wrath that could open the door to newcomers. But with their near-monopoly status intact, these firms, as tech entrepreneur Peter Thiel notes, don’t have to “worry about competing with anyone” or alienating customers. They can continue de-platforming groups they don’t like and enforcing orthodoxy among their employees, who fear they may find themselves unable to move up or even be fired if they step out of line. What aspiring code-writer would risk offending bosses at Facebook, Google, Apple, and the oligarchical firms?

Valley mythmakers, particularly on the right, like to suggest that today’s tech oligarchs epitomize the old tradition of American entrepreneurship and individualism. But with the rise of “super-platforms” like Apple, Amazon, Facebook, and Google, the period of open competition has atrophied; today the tech elite reflects John Kenneth Galbraith’s assertion that in the long run technology inevitably relies on capital accumulation, concentration, and size of enterprise.

The Valley has taken a “reprieve from the bogeymen in the garage,” and its elite represents something like “the capitalist monopolist” that F.A. Hayek described in his writing. You may also hear from some publicists, including former Obama aides now working for the oligarchs, that the Valley-driven “gig” or “sharing” economy is a step toward “democratizing capitalism.”

But Juliet B. Schor, a sociology professor at Boston College who interviewed gig workers, says the picture is much grimmer and dissatisfaction far higher. In one survey almost two thirds of American gig workers in their late thirties and forties—the ages most associated with family formation—were struggling to make ends meet. 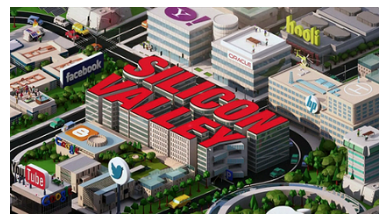 Our past generation of old industrialists may have been far more openly racist and sexist, created pollution and pockets of poverty, but they also built middle- and working-class opportunity; the oligarchs do neither. The Valley was once an exemplar of the American dreamscape but is now an increasingly narrow plutocracy dependent on non-citizen foreign labor, which constitutes upwards of 40 percent of their workforce as well as a cadre of young, largely temporary workers.

“Once, the tech moguls were exemplars of American exceptionalism. But now, they are likely to be its assassins.”

In its earlier iteration, Silicon Valley was a uniquely egalitarian place where outsiders made success and working people had decent incomes. Today, Wired magazine's Antonio Garcia Martinez has labeled Silicon Valley as ‘feudalism with better marketing.” Despite enormous wealth, tech-driven cities like San Francisco and increasingly Seattle have become dysfunctional places, with massive homeless populations and a shrinking middle class. The urban website CityLab has described the Bay Area as “a region of segregated  innovation,” where the rich wax, the middle class wanes, and the poor live in increasingly unshakeable poverty. In the last decade, according to the Brookings Institution, among the nation’s large cities, inequality grew most rapidly in San Francisco, a finding shared by the California Budget Center, which named the city first in California for economic inequality.

Even in the Valley, once the exemplar of suburban egalitarianism, life has become increasingly hierarchical and feudal. Some 76,000 millionaires and billionaires call Santa Clara and San Mateo counties home, while hundreds of thousands of people struggle to feed their families and pay their bills each month. Nearly 30 percent of Silicon Valley's residents rely on public or private assistance. This is a far away from democratic capitalism.

Once, the tech moguls legitimately could be sold as exemplars of American exceptionalism. But now, if unrestrained, the moguls are likely to be its assassins. Once, it was wise to let them work their magic unimpeded. But now, if we do this, we will create a society that is profoundly hierarchical, uncompetitive, and undemocratic. They need to be stopped, and now, or the world of tomorrow will not be a place we would like our children to inherit.