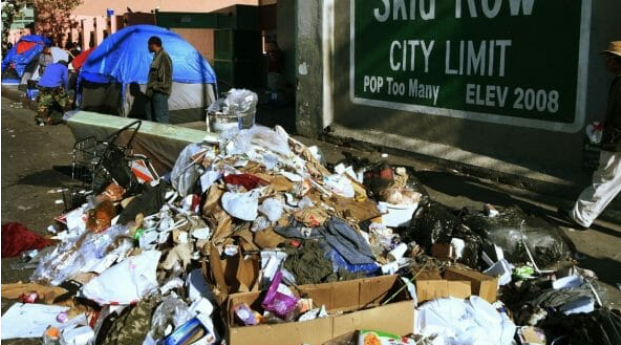 These people generally feel that everything has a good and noble purpose even if we cannot divine it. Other people are non-teleological and believe there is no pre-set objective. Rather, what happens today was caused by what happened yesterday and all the prior yesterdays and the same pattern will determine the future. While goodness is not inherent in the nature of things, they believe that they can impose truth, justice, and prosperity on society. Some call it, Tikkun Olam, helping to create the world.

This difference between these world views is important. Teleological people excuse horrible events with the myth that there is some unseen good purpose. The Holocaust made a lot of teleological Jews rethink their weltanschauung. The causation people are more pragmatic. If bad things happen, then men caused it. The United States did not lock up immigrant children in cages, knowing that many will never again see their parents, to satisfy GOD’s purpose. The election of Donald Trump and his demonization of immigrants set the stage for Americans to step aside and let the Border Patrol agents load the toddlers on to trains to their camps.

God did not descend upon Los Angeles and evict tens of thousands of poor people from their homes because He/She/It/They had some grand design for Los Angeles. Garcetti’s Manhattanization Mania did that. What are elderly veterans other than political pawns where politicos claim their love for their service and sacrifice and then tear down their rent-controlled apartments and throw them on to the street to suffer and die? We have a homeless crisis, a rat crisis, and piles of garbage and human feces in the streets, and an incipient typhoid fever crisis because of things We the People did or allowed to happen.

Sure, it was Garcetti’s Manhattanization mania that energized these actions, but We the People stood by and watched it happen. We the people caused these bad things to occur by closing our eyes.

Today, we learn that the city of Los Angeles has 110,000 vacant apartments. Two points:

(2) It is impossible to have a housing shortage and 110,000 vacant apartments!

Garcetti is intentionally causing the homeless crisis to coerce the public to give his buddies billions of dollars to build “project for the poor.” We’ve been down this road before with Cabrini-Green in Chicago and with Pruit Igoe and Joseph Darst in St. Louis. Right here in LA, when the feds gave millions of dollars for Garcetti to make affordable housing handicapped accessible, the Mayor gave the cash to his buddies who then pocketed the money without making their places disabled-friendly. Abusing and stealing from the disabled is not part of GOD’s teleological plan. Abuse and theft are caused by vicious, self-centered, greedy people and those who stand by in silence, watching the abuse.

Americans are great at watching abuse and pretending it does not exist. When I was a kid, we knew the priests and nuns abused the Catholic kids, but as non-Catholics, we remained silent. We feign shock that USC GYN Dr. George Tyndall had been abusing young women since the 1990s. This extensive abuse was not GOD’s plan. It was caused by a sexual predator and a school administration that chose to be deaf, dumb and blind.

Within the past few days, LA Sheriff Department Lt. James Royal sued the department because it would not allow him to warn citizens about the Malibu sniper. The sniper later murdered Tristan Beaudette, a 35-year-old scientist, while he was camping with his two daughters. Not only would the Sheriff not permit him to warn people, the department also retaliated against him for trying to protect the public. The murderer was not part of GOD’s plan, but now we have good reason to believe that the Sheriff’s Department was an enabler. This is the same pattern exhibited by Garcetti. He promotes the policy to make people homeless, but We the People close our eyes and let it continue – just like we let priests abuse children in the 1950s, and Border Patrol agents lock immigrant children in cages, and did nothing to stop the destruction of poor people’s homes. We even allowed USC to pretend it’s a good guy by overlooking Dr. Tyndall’s behavior and the fact that USC was the premier school in College Admissions-gate.

Los Angeles is not degenerating due to GOD’s grand design. Rather, we are causing these evil things to occur. While the corrupt Mayor and LA City Council, with the help of the corrupt judges, further abuse the poor and helpless, what do We the People do? We pretend that we must give billions more dollars to the developers so that they can build more high rises in the Basin. Step one in building a mixed-use project in the dense Basin is usually to tear down poor people’s homes.

You can pretend that there is some mysterious grand design and crawl under your blankets and whimper, “What can I do?” Or, We the People could wake up and realize that with 36,300 homeless people and 110,000 vacant apartments, we have no housing shortage. One hundred and ten thousand apartments can house over 220,000 people. When we have six times more apartment space than we have homeless people, we do not need to build a single new unit.

Garcetti’s teleological goal is to destroy all the rent-controlled housing in the city so that his developer buddies can build luxury apartments and condos. Rats, fleas and diseases invading your homes is not a matter that will cause Garcetti to lose sleep. When you find the feces and rats on your street, remember those who remain silent share in the blame.