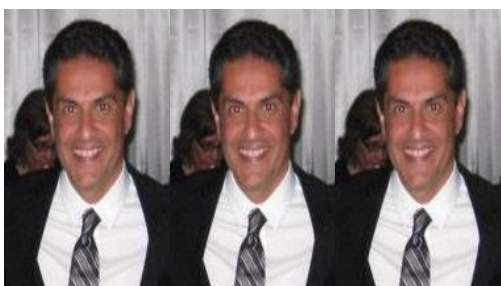 ALPERN AT LARGE--We should be as grateful to those who have served us well, while scornful to those who did not. One such person who recently retired is a man who few, outside of neighborhood/civic leadership, knew well ... but those who knew him were grateful to have known him. That man is Mo Blorfroshan.

A now-retired LADOT senior transportation engineer, Mo's job was thankless to most Angelenos, while needed like few were ever needed.

Need to have a transportation study to evaluate the need for a red light vs. a stop sign?

Need to have for a study for a left-turn arrow at a stoplight, with its own special left-turn lane?

Need to have an explanation of why a no-brainer of a neighborhood-proposed idea for a crosswalk here, a stop sign there, or a different configuration of an intersection was needed but not yet implemented?

And then learn that the City (in particular, the LADOT) already HAD looked into that idea and concluded it was more harmful than helpful?

I'm pretty sure that those not yet aware of Mo's retirement, and who worked with him, and who are now reading this for the first time, are now crying "NO!!!!" at the top of their lungs. Yet we all know that this good man was one of the greatest examples of how the City of L.A. could serve its constituents, and he deserves a quality retirement as much as anyone.

Yet we all wonder...will others be hired to replace Mo?

MUST the LADOT remain as understaffed as it has been for as long as I can remember?

Where DOES the increased tax revenue go to if not for quality civil servants like Mo Blorfroshan?

Why does the City get to overrule the LADOT's suggestions, and do we all know how helpful the LADOT has been with respect to mass transit, car safety, congestion, and the road-quality issues we must contend with every day?

I've worked with many a LADOT engineer who was of Mo's generation--smart, open-minded, forward-facing but not forgetful of the laws of physics--and I do fear that the new generation of "woke" indoctrinated newbies at the LADOT will be as tone-deaf to the needs of Angelenos as Mo and his compadres were sensitive to their needs.

I also think that an overhaul of our civil service in favor of hiring brilliant engineers like Mo (and to those at the LADOT who've carried the load without the thanks or support they deserve(d) at City Hall) will, sadly, not be coming from our current Downtown leadership.

Yet tomorrow is another day to fix our problems or let them expand and fester.

But today, for those of us who worked with him, and who remembered he spoke from the heart as well as with reason and logic, and who did not fear telling us the truth instead of what we pretended it should be, it's time to thank Mo Blorfroshan for his decades of service to the City of Los Angeles.

Thanks for all your work and leadership, Mo.

(CityWatch Columnist, Kenneth S. Alpern, M.D, is a dermatologist who has served in clinics in Los Angeles, Orange, and Rd is a proud husband and father to two cherished children and a wonderful wife. He is also a Westside Village Zone Director and Board member of the Mar Vista Community Council (MVCC), previously co-chaired its Outreach Committee, and currently is Co-Chair of both its MVCC Transportation/Infrastructure and Planning Committees. He was co-chair of the CD11 Transportationiverside Counties, an Advisory Committee and chaired the nonprofit Transit Coalition and can be reached at alpern@marvista.org. He also co-chairs the grassroots Friends of the Green Line at www.fogl.us. The views expressed in this article are solely those of Dr. Alpern.)