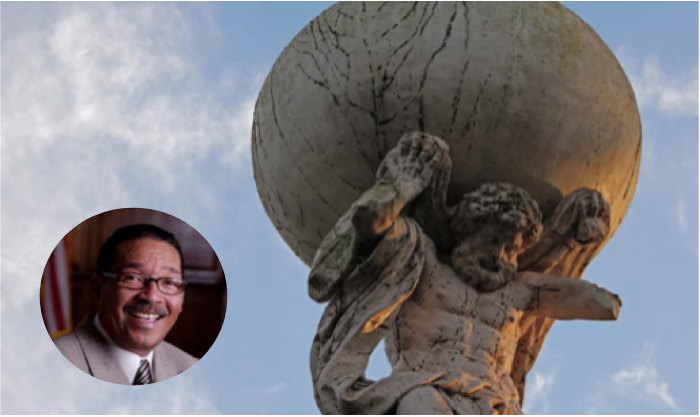 @THE GUSS REPORT-Corruption takes many forms in LA City Hall. There’s the figurative satchel of quiet cash traded for land development approvals, which may be at the root of the recent FBI raid of LA City Councilmember Jose Huizar’s home and office, and a lower profile FBI raid which took place a few weeks later and a few blocks away from City Hall.

This column started several years back when I saw first-hand how LA City Council president Herb Wesson meticulously rigged an audit of LA Animal Services by LA City Controller Ron Galperin, and then suggested that I write about something other than humane issues; a dare I imagine he has regretted ever since, but which will be addressed further as Wesson’s showdown with Jan Perry and Holly Mitchell to become the next LA County Supervisor heats up.

But this column was hardly the first, and is far from the only current one, outside of the mainstream media to expose Wesson’s self-dealing, which can also take the form of Wesson abusing his power by restraining the public from participating in government meetings. A few months ago, there was this Johnny-on-the-Spot piece titled, “Top 10 annoying strategies LA City Council uses to keep you from participating in their meetings,” by John Motter at Knock-LA.com.

Each of those annoying strategies is not only pointedly accurate; they all have Wesson’s DNA on them, as does the resulting increasingly hostile response from the current crew of City Hall gadflies. In other words, Wesson’s abusiveness forced the city’s best and loudest critics to respond more harshly and personally than ever before.

Rarely is the LA Times first to report such corruption. But sometimes even the city’s “fishwrap of record,” as it is regularly referred to by our friend Scott Johnson from the Mayor Sam blog, can’t stay in denial about Wesson.

Last week, a solid article from Times’ City Hall reporter David Zahniser dug in to Wesson’s shady culpability – and denials – in the city’s failure to develop a long-empty piece of land in a long-neglected African American enclave into a Ralph’s Supermarket, a Target, a Chili’s restaurant and other retail and/or mixed uses.

Wesson’s responses to Zahniser’s inquiries show the diminutive Council President’s reaction to ongoing failure and corruption: deny, shrug and simply do not respond.

For the full context, you’ll want to read Zahniser’s entire piece, linked above. But for the purpose of today’s column, note the bolded portion from each of these excerpts:

“Wesson, now council president, repeatedly went to bat for District Square, even as the developers and their companies donated to his campaigns, his causes and his political allies. He worked to shore up the project as others at City Hall raised alarms. At one point, he had an aide working on the project who happened to be Gabay’s brother-in-law. Wesson later said he was unaware of the connection at the time.”

“Edward Johnson, Wesson’s spokesman, said his boss did not ask Excel to give to the pro-Huizar committee. Wesson ‘cannot recall’ whether he asked Excel to donate to the ballot campaigns, Johnson said. The aide said donations from the Gabays and their companies had no influence on the city’s handling of District Square.”

“The loan proposal was eventually scrapped. Wesson later told The Times he wasn’t aware at the time that Beroukhim had a familial connection to Gabay. Once an aide learned of it, Berkoukhim was moved off of District Square out of ‘an abundance of caution,’ Wesson said.”

“Beroukhim, contacted by the Times, referred questions to Wesson’s spokesman, who declined to answer on his behalf.”

Zahniser points out that one of the people at the center of this controversy was later arrested on suspicion of bribery in a case involving the County of Los Angeles.

And Wesson, like Atlas, shrugs. Except in LA’s case, Wesson is the chief proponent of the rigged system.

If there is one person in all of local government who knows who-is-whose brother-in-law; who is connected to whom; what allowing a project to move forward should cost in dirty donations (or else how to block them from succeeding); and how to misuse government loans, it’s Wesson. He is both the region’s most capable yet least trustworthy politician.

But he had no idea what was going on in his own office?

Wesson’s denials on this or any other dirty deal simply cannot be taken at face value. And at least this week, even the Times viewed them with richly deserved skepticism. The big question ahead is whether the LA Times Editorial Board (which is supposed to be independent from its news reporting operation) keeps embracing Wesson, or encourages LA to finally put his reckless, self-serving public career into retirement by endorsing one of the two completely viable options, Perry or Mitchell, for the next LA County Supervisor. (LA lacks a black female voice on City Council and the County Board of Supervisors, and the Times’ Editorial Board, ever sensitive to demographics, should examine its role in that.)

If voters finally reject Wesson, look for him to turn his corrupt talents to where they will fly freely: as a lobbyist…assuming he is unindicted. Speaking of which, how exactly is Wesson, the chronically cash-strapped Councilmember, paying for his new and elite private attorney, a former federal prosecutor, in relation to the recent FBI raids? City Attorney Mike Feuer’s office tells me the city isn’t paying for it.  Yet Wesson, according to records, still hasn’t managed to even satisfy the $5,000 judgment from his Discover credit card default.

Top-flight white-collar criminal defense attorneys don’t work for free. And who would hire one unless there’s a need to tread carefully while the FBI is watching more closely than ever before?