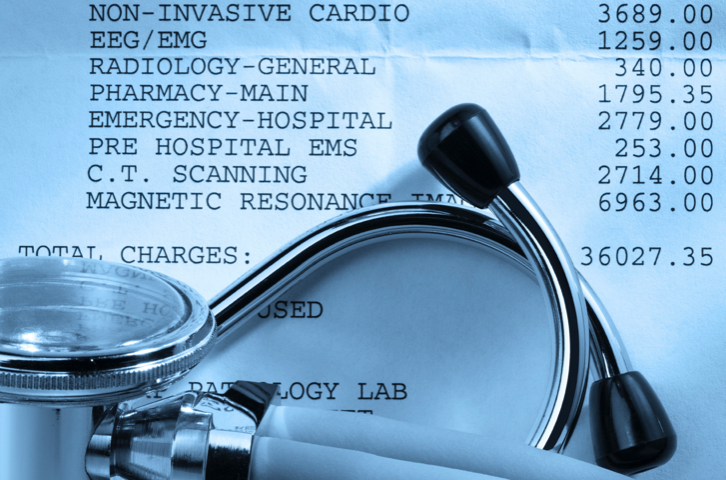 GELFAND’S WORLD--Over the past year, Kaiser Health News and National Public Radio (NPR) have been exposing the scourge of surprise billing by emergency rooms and other medical providers.

One woman was bitten by a stray cat and ended up with a bill for $48,512 for her treatment. A girl bitten by a snake at summer camp got treatment that was billed at $142,938. A man who fainted after a flu shot was billed $4700 for his emergency room visit.

The extreme costs of emergency room billing in the United States haven't really been a secret, but the advent of NPR's Bill of the Month series has put a spotlight on the issue, and that in turn has put pressure on legislators. Even the president got involved briefly a few days ago when he appeared at a meeting of people who had been trying to deal with such bills.

The news media that are covering this story have all sorts of well-intentioned advice, ranging from the obvious -- if you have an immediate life threatening event such as that cat bite, seek treatment and don't think about the bill at the time -- but then, instead of demanding a radical restructuring of a harmful system, they try to teach you how to maneuver within the system. For example, they tell you to start by asking for an itemized bill. Then they teach you that sometimes you can get a hospital to negotiate its charges. In the most extreme cases that are publicly exposed on the radio under the Bill of the Month program, the public embarrassment to the hospital seems to be enough to get some of these charges waived or vastly reduced.

I would like to suggest that NPR is overly complicating things. There is of course a workable, long-term fix which would be to institute some sort of universal coverage that has the authority to negotiate billings. Even something as simple as giving Medicare the authority to negotiate the prices of prescription drugs would have gone a long way towards reducing the cat bite and snake bite charges mentioned above.

But for us run-of-the-mill patients who don't have the benefit of a nationally broadcast radio program, there is a simpler way still. The secret lies in reversing the balance of power between the hospital billing office and you, the patient.

We should start with the unexamined assumption that the news media and the law bring to this discussion. It's that medical bills are legitimate charges unless and until the hospital or doctor reduces them. But there is a different way of looking at things. Suppose the patient with the forty-eight-thousand-dollar bill could file a legally binding appeal through the courts? Let's force the hospital to justify the bill and let's put the burden of proof on the medical provider instead of on the patient. That forty-eight-thousand-dollar emergency room charge included $46,422 for anti-rabies immune globulin that wholesales for $4334. What judge would find that reasonable?

The cat bite billing should never have been allowed to go as far as it did, but under our system, there wasn't a solution. Kevin Drum once pointed out that hospitals overcharge because they can.

It's time to reverse that power imbalance. Give the patients (and the health insurance companies) the legal power to question medical billings. Give courts or some designated administrative body the authority to make unreasonable bills go away.

The legislature can back up this plan with laws that forbid bill collectors and credit reporting agencies from taking any action against patients who have suffered from unreasonable billings. Make it so that unpaid medical bills don't count against your credit score, and forbid courts from rendering judgments against patients for their emergency room bills unless the court finds that the bill is reasonable and customary. Whether a bill is reasonable or unreasonable should be something that is subject to judicial review. Such reviews shouldn't be left to the hospital itself. We know how that works out.

There is a lot more to the story than immediate respite from a few cases of total craziness. A system of universal access to health care is far preferable -- a system that puts limits on patient costs while being able to negotiate with providers, pharmaceutical companies, and ambulance services. But in the meanwhile, reversing the balance of power in billing disputes would provide some immediate relief and would create an incentive to the providers to start negotiating in good faith.