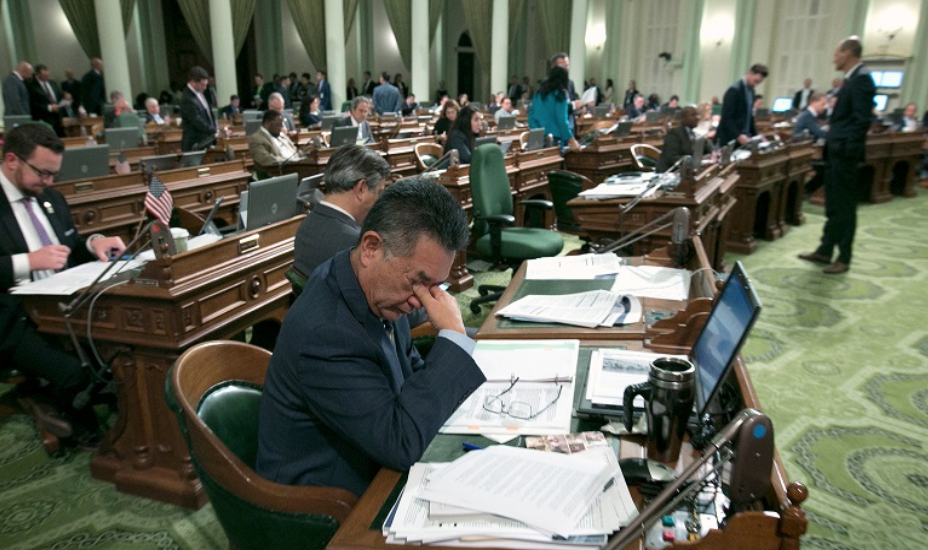 ALPERN AT LARGE--There is NO "binary choice" between appropriate development and OVER-development, but there IS a fundamental choice to ask ourselves: do we want Sacramento to run roughshod over the cities and counties of Los Angeles?

Do we want the California Coast to be one big environmental nightmare, a.k.a. Shanghai by the Sea?

Do we want the California sun to be blocked out by endless high-rises meant solely for Downtown, where they were meant to be?

Do we want single-family neighborhoods only for the very rich?

Do we want to give middle-class individuals and families a shot at living with a quality of life that their parents had?

Do we want to ignore the fact that foreign investors have gobbled up 10-15% or more of California real estate, and are jacking up the rents to Californians who otherwise would love to buy a home?

Do we also want to ignore the reality that State Senator Scott Wiener, who tried pushing mandatory overdevelopment last year with SB 827 (which was REJECTED by the cities and the grassroots), is behind the punitive and sneaky SB 50 which has only now also come to light?

Do we want to join San Francisco, which is State Senator Wiener's hometown, in opposing SB 50? In other words, if Wiener's own constituents rejected this horrible abuse of state power, shouldn't we do the same as well?

Finally, if this state is so unhappy with our current President, a big-time developer, why would want to grant Sacramento as much or more power as the Orange Man ever had in New York or any other city? Did we elect State Senator Wiener, Governor Newsom, and/or Mayor Garcetti as our own personal Donald Trump?

But that is the compromise and discussion we need to do things right in the City of the Angels. It's downright painful and miserable, sometimes, but that's life in the adult world.

Let's keep that right to compromise and discussion...and prevent any Wienerville, Shanghai by the Sea, Pottersville (for those who remember "It's a Wonderful Life"), from being the New, Decrepit California that benefits only the very wealthy and connected...and who are bankrolling Wiener and his pathetic, non-democratic efforts.

Call your City Councilmember and urge them to oppose SB 50 at the April 16th City Council hearing on the matter: