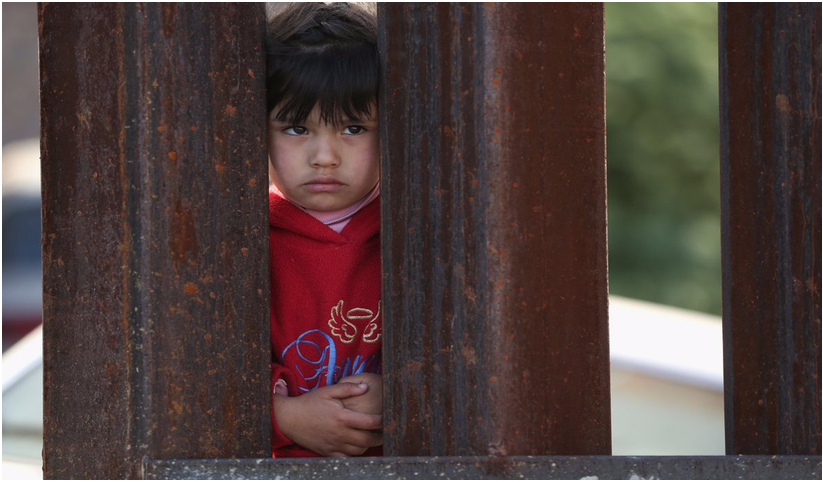 GUEST WORDS--It’s the phrase “border security” that freezes my soul every time I hear it uttered, every time I see it in print — so simplistically obvious, the equivalent of keeping your door locked. Did you ever have your cellphone swiped? If you’re careless about this, you’ll pay the price.

Seal up that border, with rifles and tear gas and concertina wire . . . and The Wall. The alternative, apparently, is an insecure border, wide open and unprotected. This seems to be the entirety of the “debate” over on this side of the border. Trump’s opponents may be horrified by the border patrol’s cruel treatment of asylum seekers — the tear-gassing of toddlers, for God’s sake — but surely everyone understands that the border has to be protected and secured. Right?

Here’s where I feel a desperate need to intervene, to roll back the debate all the way to wide open borders . . . everywhere. Instead of instantly dismissing this as a prelude to hell on earth, why not, instead, begin by asking: What’s wrong with a planet free of bureaucratic “ownership” lines, the violation of which is cause for war? What’s wrong with a planet as open and borderless (except for natural borders) as it has been for 99.999% of its existence? Why, suddenly, do we live in nations as opposed to cultures? And maybe, most gallingly, why do we care about and feel the need to protect only “American citizens”? Do we possess a collective consciousness too small to embrace all of humanity?

“As a Quaker, I believe there is that of the divine in all of us.”

These are the words of Laura Boyce of the American Friends Service Committee, which organized an ongoing protest at the U.S.-Mexican border fence in San Diego this week, where 32 people (so far) have been arrested.

“This belief calls us to stand with those fleeing violence and poverty,” Boyce said, “and to call on our government to uphold the human rights of migrants and end the militarization of border communities. In the face of unfounded fear, racism and violence, courageous action is necessary.”

Perhaps these protesters, and the global community that supports them, are also protecting a border: a moral border, you might say. This is the same border the civil rights movement protected and, at the same time, created.

As I explore the nature of this border, I need to acknowledge that the world is indeed divided into social structures — united by language, culture, geography and, yes, government. There are natural us-them divisions, then, but a crucial question immediately emerges: Are these divisions, and the differences that result from them, somehow sacred and in need of protection at all costs, or should they be open and evolving? And if so, how do we protect what is truly valuable without damaging or destroying what is also valuable? Must this protection be at the point of a gun?

Now we enter debate territory that is utterly taboo in the American mainstream media. Are the borders we protect so rigorously (by which I mean that one border on our southern edge) somehow divinely ordained? How were they determined? An even more taboo question is: How respectful has this country been of other countries’ borders?

This question leads us directly to the present flow of immigrants from the south — particularly from Honduras, Guatemala and El Salvador, Central America’s Northern Triangle.

In 1954, the United States helped orchestrate a coup that ousted the democratically elected government of Jacobo Arbenz in Guatemala, thus curtailing the social reforms he was attempting to implement, which had negative consequences for American businesses. We supported military juntas instead, with horrific human rights abuses.

Beginning in the 1960s, as the UK Independent points out, “Guatemala and El Salvador both experienced civil wars which spanned decades and killed hundreds of thousands of people collectively. . . . Honduras did not have a civil war, but it was used as a staging ground for the Contras, a far-right guerrilla group backed by the Reagan administration in neighboring Nicaragua’s civil war. These wars — backed by the American intelligence agencies — destabilized the region and subjected generations to a cycle of extreme poverty and violence.”

And The Nation notes that Honduras, since its 2009 coup, “has been ruled by conservative governments and an elite determined to squeeze personal gain out of the nation’s resources. After the United States helped block a return to constitutional rule, the new leaders declared Honduras ‘Open for Business.’ Today the country has the most extreme pro-corporate legislation in the region.”

The Nation quotes grassroots leader and priest Ismael Morales: “The caravan is the explosion of a pressure cooker, which the Honduran government, in association with a handful of business and transnational elites, has been heating up for at least a decade.”

And the question of “border security” suddenly finds itself in a larger context. As Michelle Chen writes: “Though they have narrowly escaped their hells to seek refuge at the border, Trump’s answer to their humanitarian appeal is to make America as inhumane as possible.”

To which I would add: There is no such thing as inhumane security.

(Robert Koehler is a Chicago award-winning journalist and editor. His book, Courage Grows Strong at the Wound is available. Contact him at [email protected] or visit his website at commonwonders.com. This piece made available to CityWatch by PeaceVoice.)