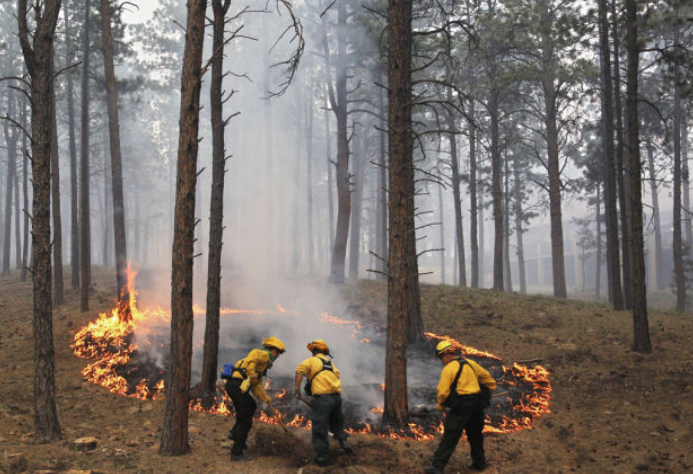 ALPERN AT LARGE--There are many of us who wonder who will protect us from those proclaiming they're protecting us from Trump.

Because no matter where you stand on climate change, screaming about that, and ignoring the utility and water needs of California, doesn't save or protect anyone. Point fingers at Trump all you want, but what the heck do we do when he's not entirely wrong ... and yet he's part of the problem.

Point fingers at Brown all you want, but what the heck do we do when he's not entirely wrong ... and yet he's part of the problem.

Anyone wondering about climate change needs only to go to Glacier National Park and observe the eponymous glacier disappearing rapidly within years.

Happy now? Do I pass your silly "test" of credibility when I suggest that TOO MANY PEOPLE AND NOT ENOUGH WATER IS A BIG, BIG PROBLEM?

And we can all despise the Orange Man in the White House all we want, but if the claims are true that we're NOT using controlled burns to prevent these nightmarish fires, then the LA Times is right that WE are to blame.

Take a step back, Friend Reader! Take two steps back! And keep stepping back until you realize that no matter how much Trump's texts or style or tweets or statements upset you, what do we do when he may be RIGHT about letting our forests grow too thick?

Is our climate warming? Yes. Is there enough water for our state? No.

That has nothing to do with George W. Bush, Mitt Romney, or even the Orange Man in the White House.

Has Trump followed through with an infrastructure plan and water reclamation plan that he once proposed as he ran for President? No. Does he have a water plan to present in Sacramento and Los Angeles, and which would be listened to over the screams of those who despise him more than they'll hear him?

No. Trump is part of the problem.

But how much better is Governor Brown, who conveniently and politically points fingers at the President when these hellish fires are occurring on HIS watch?

Brown is part of the problem, too. We don't have a water plan for our state, and if we don't thin out our over dense forests, which has been a standard of forest management for decades, there will be more fires.

If we don't have enough dams or reservoirs, human beings will suffer. And if the humans dying don't really upset you, then maybe you'll be more upset about those humans' dogs or cats or horses suffering and dying, perhaps?

So, Governor Brown, and Governor-Elect Newsom:

WHERE THE HELL IS THE WATER THAT'S NEEDED TO MAKE THIS STATE HABITABLE, RESTORE THE GROUND WATER LEVELS, AND ALLOW FOR THE UNSUSTAINABLE OVERDEVELOPMENT THAT GARCETTI, NEWSOM, WIENER, AND OTHERS WANT TO RAM DOWN OUR THROATS?

You can be on the Left or the Right and conclude that Brown and Trump have been lacking in ideas to allow the economy, environment, and quality of life for Californians and others to improve. To that end, they both have been derelict in their duties.

But right now we need to protect ourselves from the Environmentalists whose childish policies (NOT liberal, NOT scientific, just childish and not based on evidence) were once dominated by engineers and their adherence to the laws of physics.

And right now we need to demand answers.

And to that end, we need to ignore those screaming at us to stop bringing in water, reclaiming water, or doing something that will prevent the whole darn state from burning down.

Scream at Trump and hate Trump all you want, but if he's got a point, and the LA Times virtually agrees with him, then we're in serious need of an action plan.

And get over your partisan politics. The elections are OVER.

But the fires are certainly NOT.