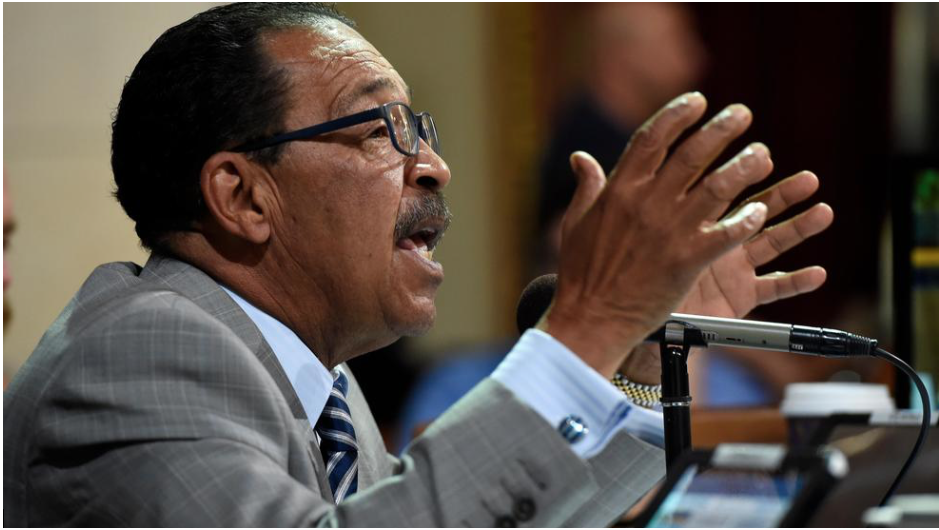 @THE GUSS REPORT-What a difference a month makes. A few weeks ago, LA City Council president Herb Wesson bragged to the LA Times that his Motion to silence critics at government meetings was constitutional because it was vetted by, among others, UC Berkeley law school’s Dean Erwin Chemerinsky.

So eager were Wesson’s colleagues for their signature to second the deeply flawed Motion that it ultimately had six Councilmember signatures on it.

But on Tuesday it died an embarrassing death. Or as they say in the fraudulent parlance of the LA’s “No Kill” animal shelters, it was quietly euthanized. The Motion was “received and filed,” meaning that it was already succeeded by another deeply flawed Motion. But it was dead nonetheless.

Both Motions will undoubtedly be resurrected as Plaintiffs’ evidence to show the city’s mal-intent if and when the city is sued – again – for First Amendment violations.

And the timing of the death of Wesson’s Motion is more than coincidental.

For a month now, this column has published Monday night explanations of why the city would likely lose when sued for City Hall’s thin-skinned response to critics. Like clockwork, each Tuesday morning for the past month, Wesson yanked the item from that day’s agenda.

But on Tuesday of this week, things went from the sublime to the ridiculous.

The meeting started with 1 hour and 45 minutes of breathless, repetitive celebratory presentations.  Anyone who was there for actual city business on the agenda had to sit through it all as the Councilmembers gave one few-give-a-darn speech after another.

As the 12 o’clock hour approached, and the celebrants started filing out of the hall, Wesson saw that several dozen people showed up to speak against his free speech issue, agendized as items #18 and #19. According to Wesson’s own rules, people can speak for one minute per agenda item, with a limit of three minutes in total.

But instead of following his own rules, Wesson at the last moment combined the two agenda items and allowed those who waited quietly for their turn to speak to have only one single minute to speak on both items.

Not surprisingly, that cowardly move infuriated each of the critics that Wesson has tried to silence. Wesson may have already been in a bad mood because Tuesday also saw a ruling against him in the federal court which allowed obnoxious uber-critic Wayne Spindler’s lawsuit against him and Deputy City Attorney Hugo Rossitter (who are being sued as individuals) to move forward, with the next step being discovery. Wesson refused to respond to questions about the ruling.

So, what was it? Was Chemerinsky wrong about Wesson’s Motion? His notes on the subject are not in the Council file, and nobody in City Hall seems to know where they went. Did Wesson mislead LA Times reporters David Zahniser and Emily Alpert Reyes? Or did The Times’ scribes never bother to confirm Wesson’s claim with Chemerinsky?

The saga continues next week.