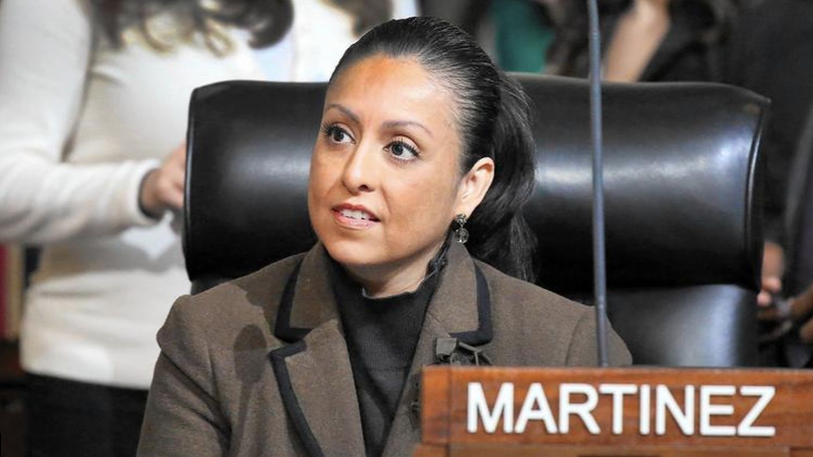 @THE GUSS REPORT-It was an overdue yet stunning admission by LA City Councilmember Nury Martinez as she publicly apologized last week for a profanity-laced tirade by a regular City Council critic a few moments earlier in which the F-bomb was the least blush-worthy word choice.

“Hey, it’s free speech,” she told others attending the meeting that she momentarily ran in place of LA City Council president Herb Wesson.

Martinez’s acknowledgement will be a tough one for attorneys to disavow if and when the current battle over harsh criticism at City Council meetings winds up in court. City Council’s proposed progressive punishment for critics was declared unconstitutional by a Federal court in 2013.

In recent weeks, this column has identified ongoing errors in the city’s sloppy efforts to silence harsh criticism which has increased in hostility concurrent with efforts by Wesson to limit public participation in local government meetings.

But the criticism is a two-way street, and the city’s elected officials give as good as they get.

The latest example took place last week when City Councilmember Mitch Englander attempted to humiliate CityWatch columnist Eric Preven (who won an LA Press Club award last year) as he approached the podium for his turn to be heard on agenda items.

Before Preven, a genteel, intellectually inclined speaker, could say a word, Englander taunted him by saying, “I’d say be truthful and honest, but you’re usually not, so….”

Imagine a lawmaker saying that to someone who is not a known critic, hoping perhaps for better street lighting, help with a problematic cracked sidewalk or a property lien reduction. (Preven is also a member of the Studio City Neighborhood Council.)

What Englander perfectly illustrated in that moment was that the core motivation by City Council is not to increase civility at its meetings, but to silence or intimidate critics, whether or not they use vulgar language. The diminutive and retaliatory Englander, easily the most thin-skinned politician in the region, couldn’t help himself. But what he did was provide evidence that proves that the criticism of government is often enticed and richly deserved. And it is constitutionally protected.

And the city knows it is likely to wind up in court because Wesson’s proposed Motion to tamp down on critics resurfaces on Tuesday’s City Council agenda. But, interestingly, it now indicates that if passed, it won’t take effect until 2019.

Why is that? Because if the Motion is approved by City Council on Tuesday and signed into law shortly thereafter by Mayor Eric Garcetti, each time it is enforced, someone might be unconstitutionally harmed by it when he or she is silenced, ejected, arrested and/or banned from other meetings. Monetary damages against the city could immediately accrue. This delay suggests that the city knows that Wesson’s Motion is illegal and wants to limit likely liability.

Add to that a little palace intrigue: Wesson’s original Motion was seconded by Councilmembers Gil Cedillo and Paul Krekorian. But the revised, watered-down version was seconded instead by Englander and Councilmember Joe Buscaino. There’s a reason why this happened, but let’s save that for later.

So, the showdown continues, unless the city once again pulls the plug to reconsider its ever-limited options. The problem for City Council, and the beautiful thing for vocal critics of bad government, was perfectly summarized by Martinez: “Hey, it’s free speech.”