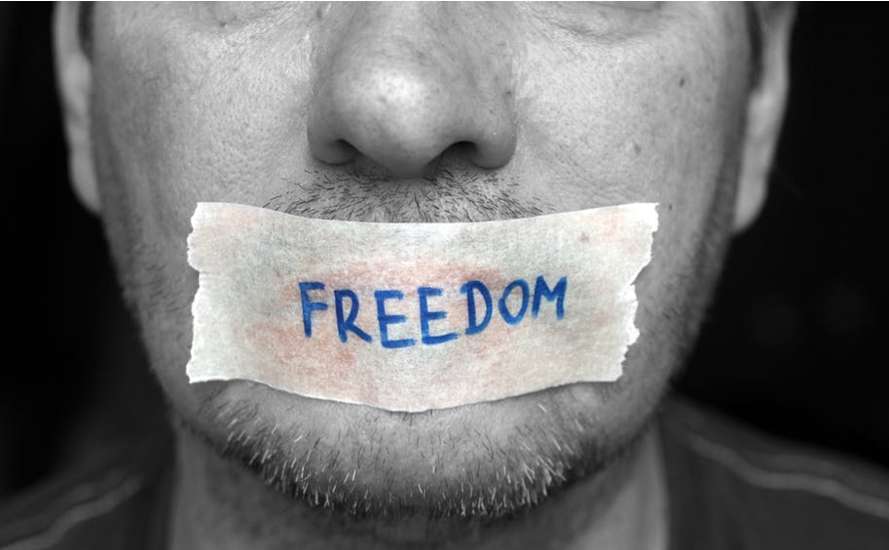 @THE GUSS REPORT-If the government of the City of Los Angeles wanted to make its First Amendment troubles even worse than they were last week, it is doing a fine job of that as it seeks to tighten decorum rules on potty-mouthed critics at its public meetings.

“…this incident is exemplary of why it is unconstitutional to restrict speakers from making personal attacks in City Council meetings; it chills speech critical of elected officials, which is speech at the heart of the First Amendment. In one of the largest cities in the world, it is to be expected that some inhabitants will sometimes use language that does not conform to conventions of civility and decorum, including offensive language and swear-words. As an elected official, a City Council member will be the subject of personal attacks in such language. It is asking much of City Council members, who have given themselves to public service, to tolerate profanities and personal attacks, but that is what is required by the First Amendment. While the City Council has a right to keep its meetings on topic and moving forward, it cannot sacrifice political speech to a formula of civility.”

The aforementioned blunder in last week’s Motion by LA City Council president Herb Wesson is his seeking a targeted ban on harsh criticism only at meetings regularly attended by Councilmembers, but not at lower-level commission, board and neighborhood council meetings which they almost never attend. It is almost assuredly going to result in costly litigation from City Hall’s current and most notorious button-pushers, immigration attorney Wayne Spindler and his partner-in-public-comment Armando Herman. The duo claims that if offensive language isn’t disruptive at lower-level meetings, then banning it at City Council is censorship.

While Pregerson’s ruling goes beyond that to say it can’t be banned anywhere, Spindler says, “Even if they try to change Wesson’s Motion now, his original text is proof of his unconstitutional intent to protect snowflake elected officials from hearing criticism.”

But Spindler’s and Herman’s hand may just have gotten a lot stronger with a memo sent last week to City Council by the city’s Chief Legislative Analyst Sharon M. Tso – who is not an attorney according to the State Bar of California – in which she seems to confuse the public’s rights versus its privileges.

The memo, which endeavors to provide a basis of support for Wesson’s Motion, which will be taken up by the full LA City Council on Tuesday morning, states in one bullet, “Individuals who abuse certain rights may forfeit them for a period of time.”

Tso probably means that people who abuse certain privileges may forfeit them for a period of time.  But public participation in a government meeting, such as those held three times a week by LA City Council, isn’t a privilege, it’s a right. And it is utterly ludicrous – and a likely losing hand if the city is sued – to suggest that Herb Wesson, Mayor Eric Garcetti, or any other elected politician has the ability to target and take away any individual’s rights.

Tso’s memo to City Council indicates that the talking points were compiled by City Attorney Mike Feuer’s office but fails to identify which of his deputies is responsible for their accuracy, which is the normal process. Her memo also claims that the public’s right to participate in government meetings is established by California’s Ralph M. Brown Act, and specifically “not the First Amendment to the United States Constitution or the Free Speech Clause of the California Constitution to create limited public fora for public comment.”  But elsewhere in her memo, she cites the Constitution and Free Speech Clause.

Historically, gadflies have claimed a measure of victory by forcing governments into costly legal battles. But in this instance, it appears that Wesson, Tso and the unnamed Deputy City Attorney are doing a fine job on their own of pushing the city into defending the indefensible.

What really appears to be afoot here is the City opting for a drawn-out legal battle in exchange for temporarily reduced-criticism at City Council meetings, raising the specter of whether City Hall will now target and ban its less-hostile critics, as well.