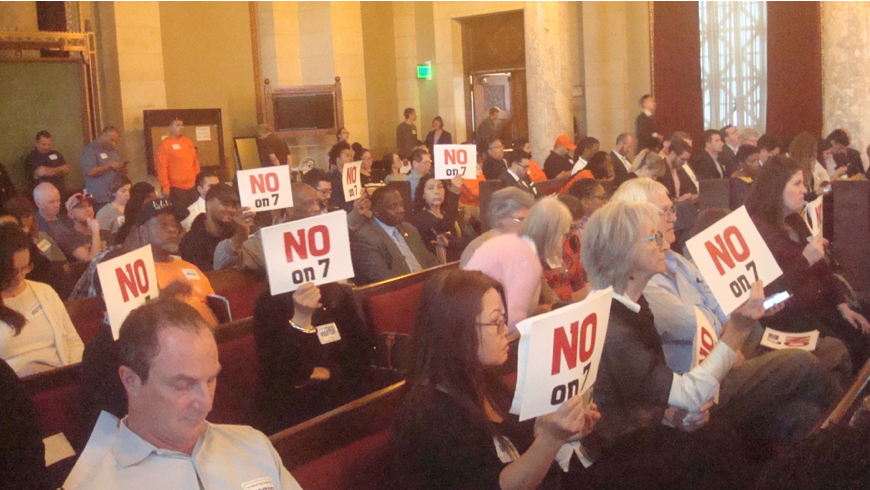 ENVIRONMENTAL JUSTICE-Anybody who's dealt with the Department of City Planning (DCP) in recent years knows that the quality of their environmental assessments is questionable.

To say the least. These days the DCP often just says that projects are exempt from the California Environmental Quality Act (CEQA), claiming that they won't have any negative impacts.

That's what the DCP did when they approved a Master CUB to sell a full line of alcohol at 24 establishments, as part of a project that will include six venues featuring live entertainment, all on a single city block in Downtown LA. Apparently planning staff didn't believe that the project would have any impact at all on police or emergency services. In other cases, they just disregard information that doesn't suit the developer's ends, like when they ignored Caltrans' concerns about increased traffic resulting from the first version of the Millennium Hollywood.

And then there are other times when the DCP just throws a whole community under the bus. That's what happened when the City Planning Commission (CPC) approved the environmental assessment for a 340,000 sq. ft. distribution center at the corner of Vermont and Redondo in the Harbor Gateway community. This project, proposed by logistics giant Prologis, is estimated to generate over 1,300 car trips a day, including hundreds of trips by diesel trucks, and is intended to operate 24/7. Even though the project site is directly across the street from houses and apartments on Redondo Beach Blvd., even though it's only a couple hundred feet from a public park, even though it's within half a mile of an elementary school, several senior facilities, and a hospital, the DCP found that the project "will not adversely affect or further degrade adjacent properties, the surrounding neighborhood, or the public health, welfare, and safety."

The people who live in the area were understandably angry. A number of community members came to the CPC hearing to voice their concerns. One complaint that came up repeatedly was that instead of doing a full Environmental Impact Report (EIR) for the project, the DCP had chosen to do a less rigorous Mitigated Negative Declaration (MND). The California Environmental Quality Act (CEQA) is clear in saying that if there is substantial evidence that a project may have a significant effect on the environment, an EIR must be prepared. An MND is only an option if the impacts can be mitigated to a point where they aren't significant.

So just imagine for a moment that you live in one of the homes right across the street from the project site. Do you believe the DCP's claim that an additional 1,300 daily car trips, including hundreds of diesel truck trips, won't have a significant impact on your community? Do you believe the DCP's claim that a distribution center operating 24/7 won't impact your quality of life?

But most of the CPC's members didn't think the community's concerns were warranted. They approved the project by a 6-2 margin, with only Commissioners Vahid Khorsand and Veronica Padilla-Campos voting no.

Harbor Gateway residents were frustrated, but not beaten. After the vote I spoke to community member Rosalie Preston, who told me that an appeal had been filed. I was glad that they were fighting back, but I also realized that the community was embarking on a long, costly battle that could drag on for years. It was clear that the Harbor Gateway residents had the law on their side, but I knew the City of LA didn't care whether or not the approval was legal. The City would do what it always does, back the developer to the hilt, no matter how toxic the project would be to the community.

But earlier this month the Harbor Gateway residents found an ally who could make a big difference in the outcome. California State Attorney General Xavier Becerra wrote to the LA City Attorney's office to state very clearly that the project required a full EIR, and that the MND was not acceptable. Here's a quote:

".... [W]hile the City has undertaken several studies to evaluate the environmental impacts of the Project, it has substantially ignored or downplayed the existing environmental conditions and sensitive receptors surrounding the Project, resulting in an incomplete and unsupportable conclusion that the project will not have significant and cumulative impacts."  [Bold added.] 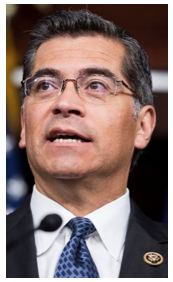 "Furthermore, the City has included unenforceable and inappropriately deferred mitigation measures in it's [sic] attempt to reduce the Project's significant environmental impacts. The Project must be denied until a complete environmental analysis assessing its impacts has been conducted and feasible mitigation measures to reduce those impacts have been imposed." [Bold added.]

Obviously, the AG wasn't impressed by the assessment prepared for the Prologis distribution center. But beyond that, he talks about the fact that the Harbor Gateway community is already dealing with more than its share of environmental contamination, an issue that the City essentially ignored.

"Harbor Gateway North is a neighborhood heavily burdened by multiple sources of pollution. It ranks in the 100th percentile for overall pollution burden and in the top 5% for pollution burden and vulnerability combined, according to the California Environmental Protection Agency's screening tool CalEnviroScreen. The I-110 freeway cuts through the neighborhood, making it no surprise that the community is in the 95th percentile for traffic burdens and 82nd percentile for diesel and particulate matter (PM) 2.5. The community is majority Hispanic (63%) and almost entirely made up of people of color (94%). The community that surrounds the project has high asthma rates and low birth weights relative to the rest of the state -- higher than 79% and 80% of the state respectively."

It's pretty shocking that the City of LA could so blatantly ignore the level of toxicity that Harbor Gateway residents are already contending with. Think about it. Here's a community that's faced with significant health impacts from air pollution, and the CPC approves a project that will send hundreds more diesel trucks down their streets every day. I'd love to see how the Commissioners who voted yes would react if a similar project was proposed in their own neighborhoods. I have a feeling they'd scream bloody murder. But hey, it's not their community, so why should they care what Prologis builds?

For the sake of the Harbor Gateway residents, I hope the City will heed Becerra's words, rescind the approval of the MND, and start the process of doing a full EIR. It's not just the lawful thing to do. It's the moral thing to do.

(Casey Maddren is President of United Neighborhoods for Los Angeles (UN4LA [www.un4la.com]), a grass roots group advocating for better planning and a CityWatch contributor.) Prepped for CityWatch by Linda Abrams.