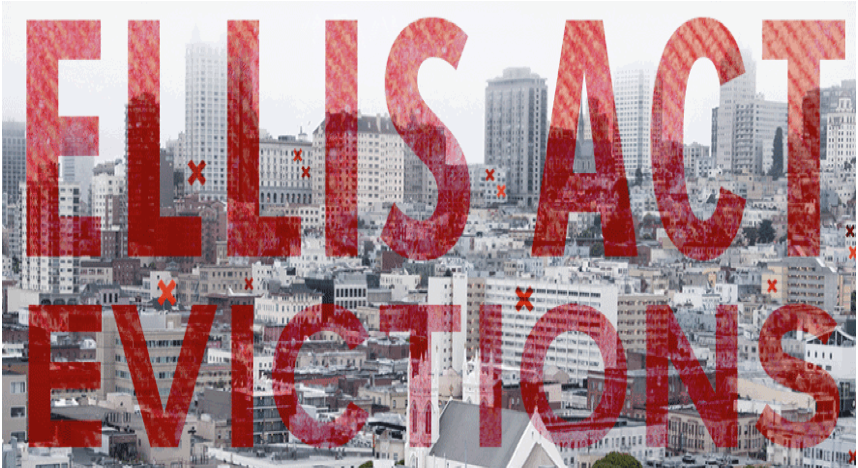 LATEST CES REPORT--The City of Los Angeles saw 997 more Ellis Act Eviction application filed by landlords and developers for the first half of 2018, January through June.

This is the equivalent of losing nearly 5 1/2 Rent Stabilization Ordinance (RSO) units a day in 2018.

This brings the total of Los Angeles Rent Controlled affordable units lost since 2001 to an astounding 24,021 units!

The Coalition for Economic Survival (CES), in conjunction with the San Francisco-based Anti-Eviction Mapping Project, is releasing an update of our web-based interaction map, showing where 24,021 rent stabilized affordable units have been destroyed in the City of LA from 2001 through June 30, 2018 due to the Ellis Act.

The Ellis Act, a state law passed in 1985, which undermines local rent control laws, provides landlords the ability to evict tenants in order to remove housing units from the rental market.

The map can be accessed here.

The map, using data provided by the Los Angeles Housing + Community Investment Department (HCIDLA), visually shows the devastating impact the Ellis Act has had on tenants being displaced and affordable rent-controlled housing lost. One can view the address of the buildings and the number of units lost there, due to the Ellis Act, by hovering over the dot using a computer mouse or laptop touch pad.

The housing loss impact has been on neighborhoods across the city, thus worsening Los Angeles' affordable housing shortage.

" If Ellis Act evictions continue at this rate throughout the year, 2018 will see the most evictions of the decade in Los Angeles," said Erin Mcel, co-director or the Anti-Eviction Mapping Project.

Coalition for Economic Survival Executive Director Larry Gross stated that, "Los Angeles' no longer has an affordable housing crisis, it has an affordable housing catastrophe! This map, which we continue to update, visually shows how the Ellis Act has ravaged our city's affordable rent-controlled housing stock. Unfortunately, we are also able to see how the evictions are increasing and spreading across Los Angeles."

Los Angeles has the highest poverty rate in the nation at 26%, meaning one in every four households is living in poverty.

Los Angeles has a severe overcrowded housing situation with families needing to double up and triple up to afford the rent. Seven out of the 10 zips codes in the nation with the most overcrowded conditions are in LA.

The Ellis Act only contributes to our existing housing crisis.

We can no longer allow developers to go into communities and just bulldoze them to put up high-priced luxury housing. Because, if this continues, next time around there will be another initiative, which will deal with these issues directly, and it will gather more support.

Short of eliminating the Ellis Act all together, which CES fully supports, the State Legislature should, at the minimum, take action to amend the Ellis Act in the following way:

These actions would curb speculators buying rent-controlled property for the sole purpose of demolishing and destroying this affordable housing.

And, while the Ellis Act prohibits local government from impeding a landlord's ability to exit the rental market or prevent a related eviction, the Ellis Act does not inhibit a municipality's land use powers. In that regard, CES strongly urges the Los Angeles City Council to use its land use powers and adopt ordinances that:

Up and down the state, activists and renters' groups are collecting signatures to put rent control voter initiatives on the ballot.

In addition, a statewide initiative, Proposition 10, which would repeal a longstanding state law, the Costa-Hawkins Housing Act limiting local rent regulations, is on the November 6, 2018 ballot.

(Larry Gross is the Executive Director of the Coalition for Economic Survival … CES … and is an occasional contributor to CityWatch.)