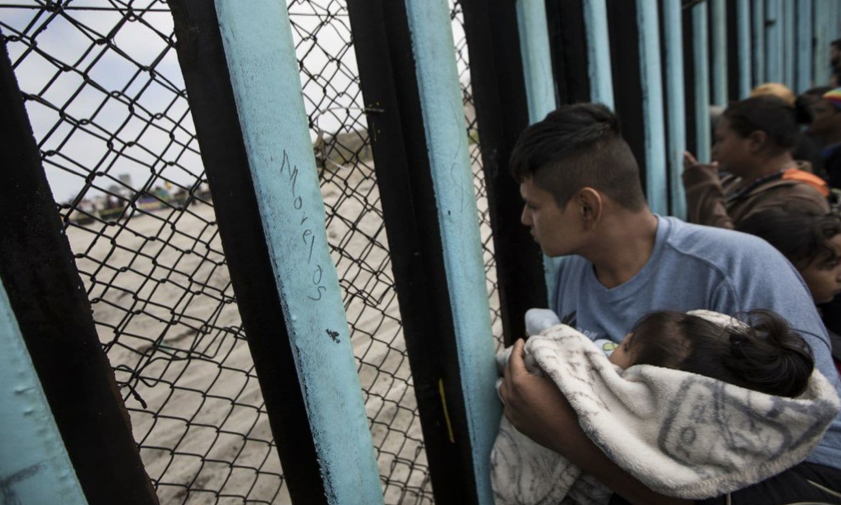 FIRST PERSON-So how does one deal with a problem like the present never-ending stream of undocumented aliens and their children flocking to and illegally crossing our borders?

What doesn't seem to be understood or addressed by our leadership at both the state and federal levels is that this and other problems like it will not be dealt with until our leadership presents today's problems in their true historic and economic contexts, where all relevant facts are considered. This should be a process that no longer ignores the actions and decisions made by the United States in the past that are directly responsible for our present situation.

Going back to the beginning of the 20th century, the United States used force in the Caribbean and other Latin  America countries toimplement a United States foreign policy of coercion that created weak undemocratic puppet governments in those countries, establishing an economic balance of power that favored the rapidly industrializing U.S. Relegating these underdeveloped countries to a poor country subsistence status as suppliers of raw materials or single products that benefited the U.S., created what was aptly titled “banana republics.”

The present anarchy and lack of hope that has driven people in these countries to leave their homes or send their children unaccompanied to the U.S. border is a direct result of the economic and military hegemony exercised by the United States, precluding the normal development of Mexico and the rest of Central America and keeping them in our shadow. This history is well documented by Oliver Stone in his “Untold History of the U.S.” that you can now view on Netflix.

The gross disparity between North and South economic well-being doesn't just exist in the Americas, but can also be found in Europe, where South-North migration has been a positive reality going back to the beginning of the Industrial Revolution. But in the U.S., Latino migrants, while immeasurably benefiting the American economy with their cheap labor, have not been allowed to integrate themselves into this country as immigrants.

The Bracero Program instituted in 1942 to help replenish the war-depleted ranks of the farm sector of our economy by allowing temporary workers from Mexico, did little to increase the economic well-being of these workers. What it established was an underclass of workers willing to do jobs that Americans were no longer willing to do. It is worth mentioning that even when this program was formally ended in 1964, borders were somehow temporarily left open between the U.S. and Mexico to allow workers to come pick crops, since nobody else in this country was willing to do the work.

As if drug cartels and gangs that continued to terrorize the populations of Mexico and Latin America weren't bad enough, then came NAFTA. At the beginning, Mexican culture and society were built and sustained around the cultivation of corn. But what does a Mexican campesino do when one Iowa farmer can produce far more corn at a cheaper price than traditional Mexican farms can? Where other than North to the U.S. can these displaced farmers go with no other options for work?

So now, the best Trump & Co. can think of is to build a $25 billion wall against the "barbarians" in much the same way China tried and failed in the past. Might I suggest a better alternative, based on this country's use of the Marshall Plan at the end of WWII. Instead of going into Germany and Japan to seek further retribution for the war, the United States’ smart leadership rebuilt the economic infrastructures of both countries to modern state-of-the-art standards, so that not so many years after the war both Germany and Japan became dynamic, independent economic powerhouses. This helped drive the world’s economy during the post WWII years to become probably the most prosperous it could be for not only Germans and Japanese, but also for Americans, while offering the best response to the looming communist threat. Alas, the Marshall Plan was not instituted in England, which caused one Englishman to remark, "The worst thing that happened to England was that it won the war."

We have spent a trillion dollars in both Iraq and Afghanistan. And after 16 years of "policing" these countries, we are no closer to peace. The only folks who like this policy are the corporations getting rich fulfilling war materiel contracts. So now, we can spend $25 billion building a wall to keep people out of the U.S. or we can invest that money into finally building a modern infrastructure in Mexico and Central America that would make it possible for people to do well at home.

Then, perhaps, they could offer a market for American goods and services that far exceeds the seed money necessary to get them f on the right track. Gee, what a radical idea.

(Leonard Isenberg is a Los Angeles, observer and a contributor to CityWatch. He was a second- generation teacher at LAUSD and blogs at perdaily.com. Leonard can be reached at Lenny@perdaily.com.) Photo: Greenpeace. Edited for CityWatch by Linda Abrams.