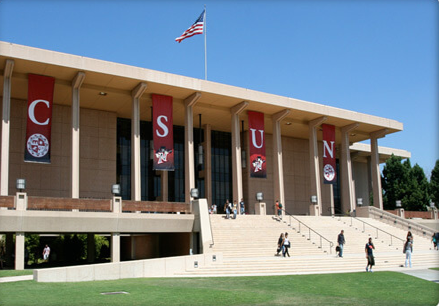 TURF BATTLES AND UNION AGENDAS--Senate Bill 769 was just one of dozens of measures that were effectively killed by legislative appropriations committees this month without formal votes or explanations why.

All of the sidetracked bills were important to their sponsors and legislative authors, of course, but few had the potential socioeconomic impact of SB 769, which would have extended a pilot program allowing community colleges to offer four-year baccalaureate degrees in a few technical fields.

As baby boomers leave California’s workforce in droves, the state faces what the Public Policy Institute of California terms a “skills gap” because its higher education system is not producing enough potential workers with post-high school training and education to fill vacancies.

“If current trends continue, California will face a large skills gap by 2030,” PPIC says in a recent report.  “It will be 1.1 million workers with bachelor’s degrees short of economic demand. Failing to keep up with the demand for skilled workers could curtail economic growth, limit economic mobility, and increase inequality. It could result in a less productive economy, lower incomes and tax revenue, and greater dependence on the social safety net. Over time, if California’s workforce does not have the skills and training that employers need, firms may close, relocate, or operate at lower levels of productivity.”

That should merit serious attention from the education community and state officials, and SB 769, carried by Jerry Hill, a Democratic state senator from San Mateo, was one response.

Fifteen community colleges are now authorized to offer baccalaureate degrees, albeit only in fields that are not covered by either the University of California or the California State University systems. Many are in medical fields, and some others are for employment in manufacturing, such as “airframe manufacturing technology” at Antelope Valley College.

It took a daunting political struggle to even get the pilot project, which is due to expire in 2023, through the Legislature due to sniping from the four-year systems and faculty unions.

SB 769 would extend it for another five years. Although it cleared higher education committees of both houses and the full Senate with few dissenting votes, SB 769 was buried by the Assembly Appropriations Committee on Sept. 1, apparently on orders of the Assembly leadership.

Why? Continued union opposition was certainly a factor, as was a report from the UC-Davis Wheelhouse Center for Community College Leadership and Research, which complained that the current program doesn’t do enough for Latino and black students.

Constance Carroll, chancellor of San Diego’s community college system and a leading advocate for the baccalaureate program, refutes the Wheelhouse report as factually inaccurate and says SB 769 was the victim of a “campaign of misinformation, emotionalism and turf protection that colored the entire process …”

With the bill’s demise, advocates will turn next to a study of the pilot program by the Legislature’s budget analyst, Mac Taylor, whose first report is due next year.

Half of the nation’s other states now allow community colleges to provide four-year degrees in some form. California’s community colleges have a proven track record of providing low-cost educations that are especially beneficial to students from poor families.

If California is to close the skills gap and help more Californians enjoy its bounty, it needs all of its higher education systems to contribute. Academic turf battles and narrow union agendas will thwart the much-needed effort unless Gov. Jerry Brown and legislators make it happen.

(Dan Walters has been a journalist for nearly 57 years, spending all but a few of those years working for California newspapers. He has written more than 9,000 columns about California and its politics. This Walters perspective originated at CalMatters a nonpartisan, nonprofit journalism venture committed to explaining how California’s state Capitol works and why it matters.) Prepped for CityWatch by Linda Abrams.