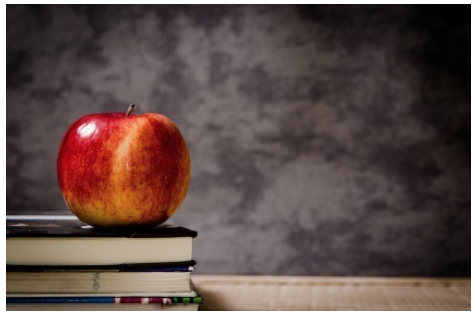 EDUCATION POLITICS--How do you look parents in the eye and say you’ve taken a 174% pay raise right after you’ve closed the library at their child’s school?

According to a November 2015 report from the Los Angeles Unified School District (LAUSD) Independent Financial Review Panel, even if the district were to lay off teachers, health and human services professionals, and slash pension and health benefits, the district could still be forced into bankruptcy as early as 2020.

So, naturally, what better time to celebrate than with a raise for district bosses, right? Queue the balloon drop, right?

Astonishingly, that’s exactly how the district is celebrating after the politically appointed seven-member LAUSD Board of Education Compensation Review Committee met July 10, 2017, voting to authorize a proposed 174% raise exclusively for school board members, catapulting their salary to a whopping $125,000 per year.

This proposal is so out of touch that I propose bringing it back to Earth.

I propose that, at the very beginning of its next meeting, the LAUSD School Board immediately vote to suspend the rules in order to address this exorbitant 174% raise proposal — and politely and unanimously vote to reject it.

I’m serious, and here are a few reasons why.

In 2015, the last time teachers received a salary increase, after having gone seven years without even a Cost of Living Allowance (COLA) adjustment, we finally received a long overdue raise, 10%. While this was a step in the right direction, in no way has it made up for the years of sacrifice teachers and health and human service professionals in LAUSD continue to make each and every day.

Critics asserted that the district couldn’t even afford 10% (nowhere near this eye-popping 174% raise proposal), and former Superintendent Ramon Cortines convened the panel cited above that produced this the-sky-is-falling budgetary forecast — and since then all we’ve heard from district brass is that we’re facing a looming budgetary armageddon and unavoidable cuts.

Teachers and health and human services professionals have, for years, demonstrated a steadfast commitment to student achievement, even as district leadership has chipped away at instructional time through top-down implementation of programs such as “Breakfast in the Classroom,” seemingly offered no other solutions to bridge the achievement gap other than to write blank checks to outside, unregulated charter school operators (whose spending scandals keep mounting every day), increased administrative bloat, and spent an inordinate amount of time congratulating one another on the wonderful job they are all doing.

District brass likes to celebrate how responsible they are with our tax dollars, but, in fact, according to a May 17, 2016 Superintendent’s Report, in the five-year preceding period, the number of teachers dropped 9% while, at the same time, administrative staff increased 22%.

Even a mere few weeks before this 174% salary increase proposal, on June 20, 2017, the outgoing school board approved a $7.5 billion dollarbudget with layoffs of 114 district employees, including 30 library positions.

How do you look parents in the eye and say you’ve taken a 174% pay raise right after you’ve closed the library at their child’s school?

This is the same school board that became a nation-wide laughing stock for its gold-plated $1.3 Billion-with-a-B iPad spending scandal.

As administrative bloat continues to swell, the two new and five returning school board members that began their new term July 1, 2017 can demonstrate, through rejection of this 174% raise proposal, that it’s not all about the money. 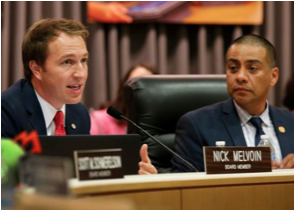 Or is it? On May 16, 2017, charter school supporters won two seats on the LAUSD School Board in the most expensive school board race in U.S. History — unions were outspent by outside forces roughly two-to-one ($5.2 million versus $9.7 million).

It’s not surprising that the LA Times Editorial Board supports the proposed 174% salary increase — after all, they endorsed the two newly elected pro-charter school board members. Curiously, in their defense of this brass cane compensation package, the newspaper literally makes no mention of the district’s own dire budgetary assessments, administrative bloat, or sacrifices teachers and health and human services professionals continue to make day in and day out for our students.

So, as district brass continues talk of more cuts, as administrative bloat continues to swell, where is the district sacrifice? Certainly not with a 174% raise exclusively for district bosses.

The board needs to reject this proposal outright. Doing so will demonstrate that the newly sworn in school board is serious about serving students.

I look forward to seeing the school board suspend the rules at the beginning of its next meeting, briefly thank the political appointees on the committee that produced this outrageous 174% raise proposal - and vote to reject it unanimously.

(David Lyell lives in Los Angeles and is a graduate of AFI’s Screenwriting program and has filmed over 35 movie, tv shows, and commercials. He has studied acting and improv with The Groundlings, Debra Magit, Guy Camilleri, and Richard Henry. He served as the elected Secretary for United Teachers Los Angeles from 2011-14.)