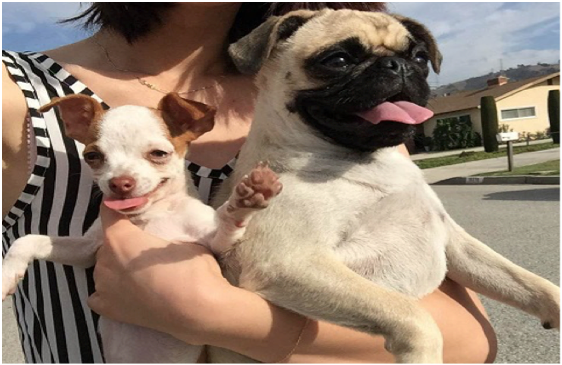 TALKBACK--I’m a Volunteer at the LA’s West Valley Animal Shelter. I think this new policy, allowing finders of stray dogs and cats to keep the animals they find in their homes during the hold period, is a good idea. Since I work with dogs at the Shelter, I’ll direct my comments to dogs, but I think the same applies to cats. (This is in response to Phyllis Daugherty’s CityWatch column “Finders-Keepers: LA Doesn’t Want Your Lost Dogs or Cats in City Shelters.”)

Rather than have a dog spend a week or more in the Shelter during its holding period (the time within which the owner can come in and claim him/her), I think it is much better to allow the dog to be in a home. In the vast majority of cases, the conditions in a home will be much better than in a kennel. I’ve seen instances where the finder of a dog will come into the Shelter day after day, and sit outside the dog’s kennel for hours, waiting for the holding period to expire and they can take the dog home. Why not let the dog be in a better environment during that waiting period?

There are also organized groups being formed in neighborhoods to care for found animals; much better than the animals having to go into the Shelters.

As far as doing a home check for the person who found the dog, unfortunately, the City does not have the resources to do that in any case. Adopters are never home checked because there is not enough staff to do it. If the person who found the dog takes the dog after it is in the Shelter for a week, they will have the same home environment then. The dog just had to unnecessarily be in the Shelter for a week or more before going to that home. It’s unfortunate that Los Angeles Animal Services cannot do home checks; it would need more money and staff to do them.

Contrary to what was stated, dogs do not get exercise during the holding period. Volunteers cannot take dogs out of the kennels during the hold period unless they get special permission from the Animal Care Technician Supervisor. Permission to take these dogs out is only given to the most experienced Volunteers. And even if they get permission, the dog cannot be taken off the Shelter premises for a walk. The dog could only be taken out to the exercise yard, which is usually occupied by other dogs who can only be taken into the yard, or by a potential adopter interacting with a dog. So those dogs on hold sit in their kennels 24 hours a day for a week or more.

That is the worst time for a Shelter dog -- they are thrown into a new and very difficult environment, with little opportunity for human interaction and exercise. I’ve seen dogs whose personalities changed during that period of time -- depression, agitation, aggression. Not to mention what it does to a person who has to leave a dog he or she wants to care for in those conditions.

Even more important, those dogs unnecessarily occupy kennels that could be used for other dogs who do not have a person who is willing to care for them at the time. The Shelters are almost always crowded and this sometimes still results in animals being killed for lack of space. So this new policy will save the lives of dogs.

It is similar to the Temporary Foster Program that was instituted at East and West Valley and some of the other Shelters, which has saved the lives of hundreds of dogs, particularly during high influx periods like around the 4th of July. I hope this new policy of allowing finders of dogs to care for them in their homes will go into effect very soon, in time to help alleviate overcrowding this Independence Day.

Concerns that this policy is just a bookkeeping method to help achieve No-Kill are not valid. If a kennel is left open so that another dog is not killed, that is a real, precious life saved; it is not a statistical or bookkeeping trick. 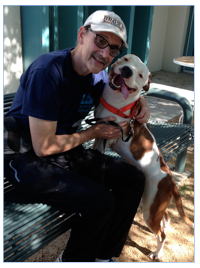 And the math stated in the article and comments on this concern is just not right -- if a dog is logged into the Shelter and then it goes out after a week or so that would increase the live-save rate rather than lowering it. Ascribing evil motives to Brenda Barnette for approving this new policy is simply wrong. She, and the Board of Animal Services Commissioners, should be thanked for instituting this new policy.

I think all of the supposed problems raised in the article and comments, regarding implementation of the new policy, can be dealt with. The most important one -- making sure the owners can locate their dogs if they are looking for them -- can be handled.

I suggest that any person finding a dog and wanting to temporarily keep it in their home be required to come into a Shelter. At the Shelter, the dog would be scanned for a chip and photographed. If there is a chip, of course the owner would be called. The photograph would be posted on the lost dogs pages of the LAAS (Los Angeles Animal Services) website. (Contrary to what is implied in the comments, pictures of lost dogs are not just posted on a wall at the Shelter; they are posted on the publicly accessible website so owners can easily search for their dogs at all the Shelters.)

I suggest that when this policy is implemented, Shelter employees be instructed to help any owners who come into the Shelters to conduct a search for their dogs on the LAAS website. Volunteers could help with this as well; the computer in the Volunteer Room at each of the Shelters could be given access to the LAAS website, so Volunteers could help owners conduct searches. If this is done, I think it would be easier for dog owners to locate their lost dogs, including those at a finder's home, than walking up and down the rows of kennels looking for their dog.

(Note: We always need more Shelter Volunteers, to make sure all of the dogs and cats get out of their kennels for some exercise and companionship, and to help with adoptions. Anyone reading this, please consider becoming a Volunteer. You can even specialize in helping people find their lost pets.)

I don’t understand how this policy would result in more dog thefts, as stated in some of the comments. What dog thief would give his name and address to the Shelter, risking arrest?

Thank you to Brenda Barnette and the Board of Animal Services Commissioners for implementing this humane policy.