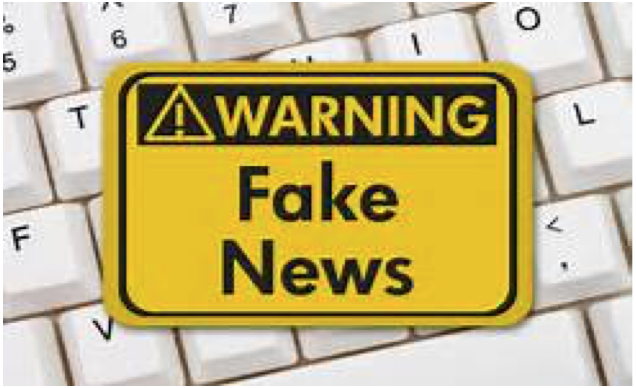 @THE GUSS REPORT-Did a rogue Los Angeles deputy city attorney criminally misuse his authority to dupe a Los Angeles Times reporter into publishing an untrue article about a criminal charge he said he filed, but did not – one that he never intended to prosecute?

That prosecutor, Eugene Hall, Jr, appears to have done this to intimidate and coerce with negative publicity a prospective defendant so that he would drop his civil rights lawsuits against Hall’s employer, the City of Los Angeles, and several of its officials. That practice is strictly prohibited by the California Bar Association, which tightened such rules on May 1; it may be criminal as well.

Here’s how it went down….

“Hi Wayne, this is Emily Alpert Reyes with the LA Times. The City Attorney’s office informed me they are filing criminal charges against you for illegally possessing an assault weapon. I’d like to get any comment you can provide. I’m available at this number. Thanks!”

(Note: Spindler turned in the gun for destruction back on May 20, 2016 as part of a court order that he is appealing. What transpired between then and the allegation leveled against him this spring is that he has since filed civil rights lawsuits against the city and several of its officials. His purchase receipt for the gun is dated January 25, 1989, predating the 1991 ban which at most calls for a $500 citation, though a recent state program with a faulty website allowed gun owners to register without ramification.)

Before Spindler reached Reyes, her article was published on the Times’ website at 6:10 p.m., and read, “Spindler was charged with a misdemeanor and is scheduled to be arraigned in April,” citing Rob Wilcox, a spokesman for City Attorney Mike Feuer.

But Reyes failed to confirm whether that was truthful, because no such charge, or any other charge, was listed against Spindler on the court’s website (which is the official record) on March 29 or any of the subsequent six days.

An email from CityWatch contributor Eric Preven to Spindler, which is now part of the court record, alleges that reporter Reyes told Preven that she did not get her information from Wilcox, whose press release was not distributed until later the next day:

“How did Emily hear about it? She says she didn't get the City Attorney press release... and referred me to the company spokeswoman when I asked her.”

Spindler says that later in the evening of March 29, after Reyes’ article was published online, he told her he was unaware of the charge, but she would not tell him how she heard about it.

The only person other than Wilcox who would likely have had access to the case information was Deputy City Attorney Eugene Hall, Jr. who, along with Reyes, Wilcox, and Feuer, has refused to answer questions for this article.

Thursday March 30 – 2:11 p.m.: With Reyes’ article about Spindler now in the print edition of the Times without any corrections, I contacted her to determine whether she had any unconventional or inappropriate contact with prosecutor Hall. Both Reyes and the LA Times spokesperson to whom she referred me, Hillary Manning, refused to answer, citing:

“We do not have a comment on this, as it relates to the details of our newsgathering. If you have a question about the information as reported in the published story, please let me know.”

That is precisely what I did, but Reyes and Manning offered only circular replies.

Monday April 3rd – 9pm: With still no charge against Spindler in the court system, CityWatch published my article about the false information in Reyes’ LA Times piece.

“Hi Wayne, this is Emily with the LA Times. Did you ever get a notice to appear for the weapons charge? I’m driving in to work right now but will be available in about an hour.”

Having had no contact with Spindler since March 29, Reyes would only have asked that question as a result of reading the accusations in my article.

Instead of replying to Reyes, Spindler says he watched the next several hours unfold as follows. He believes that Reyes may have been confronted with my article by LA Times brass and/or she made a panicked call to prosecutor Hall to find out why there was still no case on the court’s website a full six days after she wrote that the case was filed and is scheduled for arraignment. Spindler plausibly explains that Hall – fearing possible disbarment, criminal charges and civil liability as a result of my article – then had to file the charge, which is precisely what Hall did on the 4th.

The likely reason why Hall didn’t actually file the charge prior to April 4 is because he knew that if it was filed, it would permanently remain on Spindler’s record even if he didn’t prosecute the case; he would have no bargaining chip in such a scenario. But by just appearing to have filed the case, but not actually doing so, Hall could assure Spindler that the charge would never appear on his record, and use it as a bargaining chip to coerce Spindler to drop his civil suits.

It was Hall’s sloppy paper trail that unraveled his ruse.

The court’s website shows that Hall did not file the case until April 4, but the case file contains a paper copy of the complaint, stamped and dated by the court clerk as “Filed March 30, 2017.”

If Hall’s March 30 paper complaint had been filed as its stamp indicates, which it was not, it would have immediately shown up on the court’s website. Even to this date, it has not. He somehow got a deputy court clerk named Elawna Brown to stamp his Spindler complaint as “filed,” perhaps during a window visit in which clerks often stamp dozens of documents for attorneys, and pulled back that particular one without having it actually processed into the court system. In other words, Hall got his complaint stamped as filed, without the actual filing of the complaint that the stamp reflects was done.

Hall appears to have used his fraudulently stamped document to get Reyes to write her article, before Wilcox’s press release (which she allegedly said she never received) was distributed. There is seemingly no other way Reyes could have learned about the case other than through Hall’s fraudulently stamped complaint.

And Hall, who is based in the City Attorney’s office in Van Nuys, signed the fraudulently stamped Spindler complaint not in Van Nuys on March 29, but in Los Angeles, meaning downtown LA, which is where reporter Emily Alpert Reyes is based and published her article on March 29 with no other logical source for the false information.

As Barry Scheck, a defense attorney in the O.J. Simpson murder trial, legendarily barked, “there…..there, how about that Mr. Fung?”

Public records support that Hall had no intention to file the charge, but was forced to cover his tracks by filing it on April 4, immediately after my April 3 article was published.

But things are much worse than that for prosecutor Eugene Hall Jr.

On March 29, when Hall signed his complaint against Spindler (the one later fraudulently stamped as “filed” on March 30) it triggered three letters from his boss, Supervising Deputy City Attorney Richard A. Schmidt, that were sent to each of Spindler’s residences, which falsely stated:

“Please be advised that a criminal complaint has been filed charging you with a violation of Section P30605a, commonly known as possession of assault weapon.”

Since there was no such complaint at that time, and for the subsequent six days, each mailed letter might constitute a misuse of prosecutorial power and mail fraud.

Reyes, as late as last Friday, continues to refuse to state where she got her faulty story information. When Spindler texted her again to ask, she replied:

“Because Dan has been making an issue of this, I don’t want to say anything beyond what we’ve put in the newspaper. But I think the story is clear about who provided the information.”

So much for the Times’ policy about not explaining its newsgathering practices….

The judge in the case, the amiable, semi-retired Bernard J. Kamins, who earned the nickname “Judge Bear” for giving teddy bears to children involved in his cases, and for his successful drug rehabilitation programs, may be particularly receptive to claims of prosecutorial misconduct; he is a former public defender.

If proven, that spells immense and costly trouble ahead for Hall, Schmidt, Feuer, Brown, Reyes and their respective employers.

(Daniel Guss, MBA, is a member of the Los Angeles Press Club, and has contributed to CityWatch, KFI AM-640, Huffington Post, Los Angeles Times, Los Angeles Daily News, Los Angeles Magazine, Movieline Magazine, Emmy Magazine, Los Angeles Business Journal and elsewhere. Follow him on Twitter @TheGussReport.  Verifiable tips and story ideas can be sent to him at TheGussReport@gmail.com. His opinions are his own and do not necessarily reflect the views of CityWatch.) Edited for CityWatch by Linda Abrams.