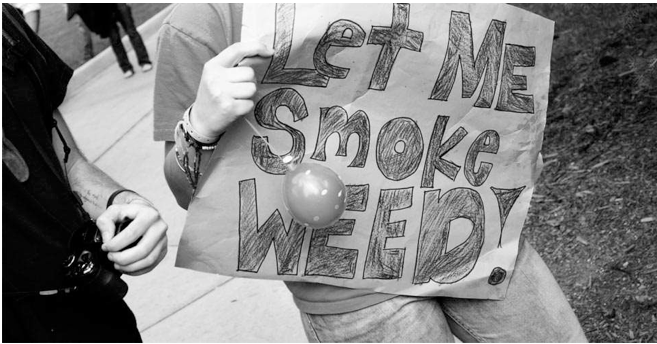 SPECIAL REPORT--Public support for the legalization of recreational marijuana in the U.S. is at a historic high—so to speak—of 60 percent, according to a new Gallup poll just released.

The results come just as a growing number of states vote to legalize recreational marijuana, with another five states casting ballots on the issue this November. Local surveys indicate the efforts are likely to pass in Arizona, California, Maine, and Massachusetts. Nevada, the final state considering legalization, seems more conflicted. (Voters will also decide on medical marijuana questions in Arkansas, Florida, Montana, and North Dakota.)

Gallup first asked the question in 1969 and found that public support for legalization stood at 12 percent. It increased slightly to 28 percent during the mid-'70s, but fell back down during the "Just Say No" anti-drug era of the '80s and wavered around 25 percent in the '90s. But it has climbed steadily since 2000, paving the way for an increasing number of states to legalize recreational marijuana, and in 2013 reached a majority for the first time.

The survey also found that young adults overwhelmingly back legalization, with 77 percent of people aged 18-34 expressing their support. But older generations increasingly favor it too, with support at 45 percent among people aged 55 and older.

The pollsters said the numbers were particularly important with regards to California's legalization effort. The bottom line, Gallup says, is that California is a political trendsetter in the U.S.—so if it passes there, many other states will likely follow.

"As more states legalize marijuana, the question of whether the drug should be legal may become when it will be legal," Gallup's managing editor Art Swift explained in a write-up of the poll results.

In this election alone, "[t]he percentage of Americans living in states where pot use is legal could rise from the current 5 percent to as much as 25 percent if all of these ballot measures pass," he wrote.

(Nadia Prupis writes for Common Dreams … where this report was first posted.)