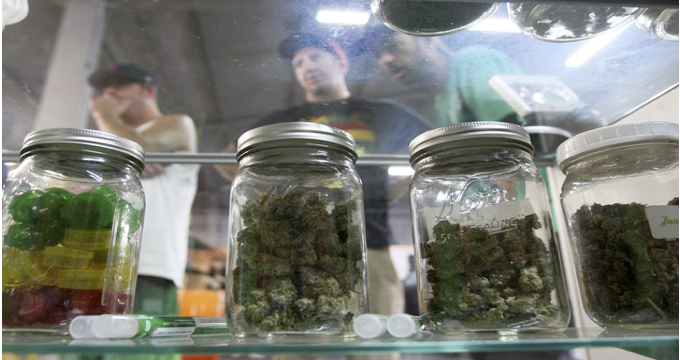 CITYWATCH ACTION POLL--Californians are set to decide whether to make recreational marijuana use legal, as other Western states have done, after the California Secretary of State’s office said on Tuesday the issue could be put to voters in the November ballot.

The proposed so-called “Adult Use of Marijuana Act,” which is supported by Lieutenant Governor Gavin Newsom among others, would allow people aged 21 and older to possess as much as an ounce of marijuana for private recreational use and permit personal cultivation of as many as six marijuana plants.

How do you plan to vote on the question: Should California legalize recreational marijuana?

“Today marks a fresh start for California, as we prepare to replace the costly, harmful and ineffective system of prohibition with a safe, legal and responsible adult-use marijuana system that gets it right and completely pays for itself,” initiative spokesman Jason Kinney said in a statement.

The measure would also establish a system to license, regulate and tax sales of marijuana, while allowing city governments to exercise local control over or disallow commercial distribution within their borders.

The initiative required just over 402,000 valid signatures to qualify for the ballot and exceeded that number on Tuesday, the Secretary of State’s office said. Secretary Alex Padilla is slated to certify the initiative on June 30.

California led the way in legalizing marijuana for medical purposes in 1996, with 22 other states and the District of Columbia following suit, although cannabis remains classified as an illegal narcotic under U.S. law.

Voters in four states - Colorado, Washington, Oregon and Alaska - plus the District of Columbia, have gone a step further since 2012 in permitting recreational use for adults. Voters in several more states will consider similar legislation in November as well.

Opponents of liberalized marijuana laws have argued that such measures carry public safety risks and would make pot more accessible to youngsters.

(Reporting by Curtis Skinner in San Francisco for Reuters. Posted by Huff Post.)