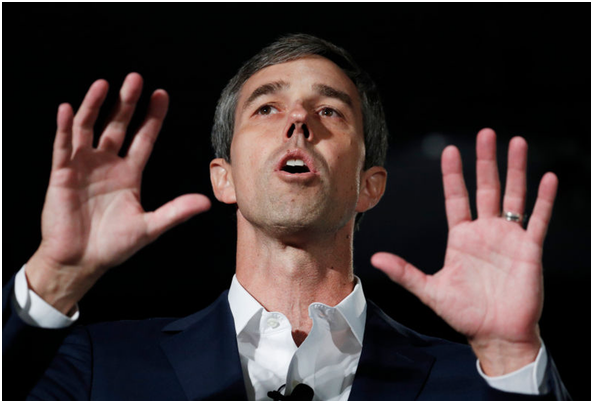 POLITICS--With the increasing occurrences of mass shootings, America is turning into the killing fields, literally.

The latest on Saturday in Odessa, Texas—left 21 injured and five dead when some fool opened fire during a traffic stop and then continued shooting at folks while driving down a highway and then into a shopping area.

Democratic presidential candidate Beto O’Rourke, an El Paso native, called a spade a spade during a campaign stop in Fairfax Station, Va., yesterday afternoon as news started to trickle in about the latest massacre.

The former congressman reiterated his point during his interview with CNN’s Dana Bash on Sunday morning, continuing his push for gun control legislation.

Yesterday’s shooting occurred less than a month after a shooting in El Paso, Texas, where a gunman killed 22 people and injured 24 others.

“The rhetoric that we’ve used—the thoughts and prayers that you just referred to—it has done nothing to stop the epidemic of gun violence. To protect our kids, our families, our fellow Americans in public places. As a Walmart in El Paso, Texas, where 22 were killed. In Sutherland Springs, in a church,” O’Rourke, 46, said.

Offering sobering statistics, the veteran Lonestar State politician continued: “One or two a day all over this country, 100 killed daily in the United States of America. We’re averaging about 300 mass shooting a year. No other country comes close.”

On Twitter, O’Rourke offered comfort to those affected by the tragedy and vowed to work on a way to end the “epidemic.”

Universal background checks, red flag laws, ending the sale of weapons of war and buying back AK-47s and AR-15s are the solutions O’Rourke spoke of.

According to the Dallas Morning News, Texas has more than 1.2 million residents who are active holders of concealed handgun permits and the state has no laws regulating the possession of long guns, outside existing federal restrictions.