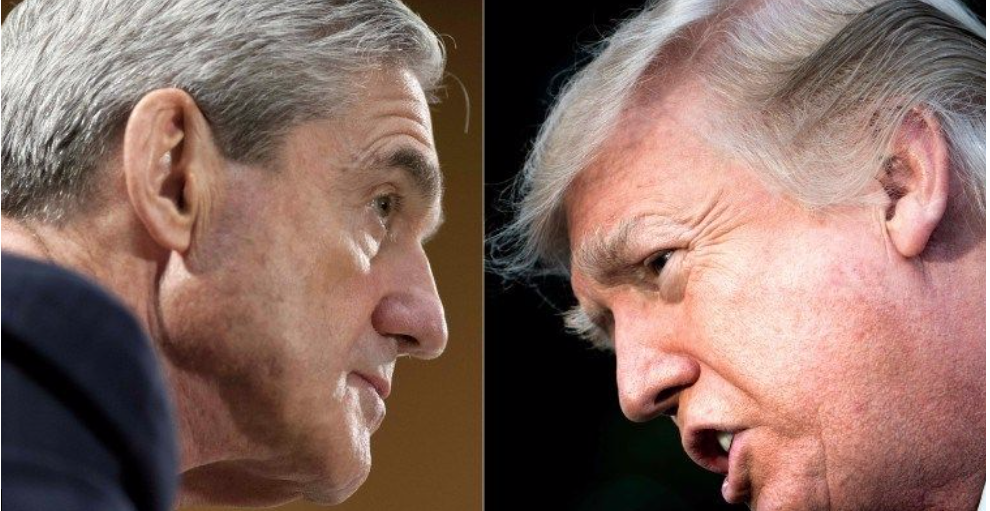 VIEW FROM HERE-Imagine that Donald Trump was in the drug trade instead of running for president.

Imagine that the Trump Tower meeting was not about getting dirt on Hillary Clinton but about purchasing a large order of narcotics. In this scenario, Trump's clique set up the potential drug deal, then examined the quality of the product and ultimately made a decision not to go through with the sale.

If this were the case, would the president and his campaign advisers (i.e., Donald Trump, Jr, Michael Flynn, Paul Manafort, Jared Kushner) be exonerated just because they left the product on the table? Of course not. If caught, they would be charged with a plethora of crimes. Setting up the meeting is a crime. Examining the product with the intent to purchase is a crime. Allowing the contraband to be brought into your place of business or residence is a crime. Wanting to use the product "on the street" by distributing it to the public is a crime.

According to the Mueller Report, Trump was directly involved a year later in trying to prevent details of the meeting in the Trump Tower from becoming public. Mueller's report went on to state that "Trump directed aids not to publicly disclose" the emails written by his son and others. Trump also "dictated a statement issued by his son that claimed the meeting was about the adoption of Russian children, not about seeking negative material about Clinton."

Let's carry forward the drug dealer analogy. Mueller's report shows that the president ordered his chief legal counsel to fire him. We now know that Donald McGahn refused to follow Trump's illegal order, but that is certainly not to the president's credit. Imagine that Trump had ordered one of his henchmen to execute a rival drug dealer, but the subordinate refused to do it. Would that refusal exonerate the one who placed the hit? Does the fact that the hit never happened clear those who conspired to commit murder? Of course not. The order itself is a crime. The intent to carry out a crime is all that is needed to establish guilt. If what Mueller reported is true, then that order alone is an incontrovertible act of obstruction.

What we now know is that Don McGahn told investigators that Trump called him on two occasions to tell then-Deputy Attorney General Rod Rosenstein that Mueller had "conflicts" and needed to be removed as special counsel. According to the report, "McGahn said that he agreed to do it to get off the phone, but that he planned to resign rather than carry out the order. He told former White House Chief of Staff Reince Priebus and adviser, Steve Bannon, that he planned to quit. Priebus told investigators McGahn didn't get into specifics, but that Trump had asked him to do crazy shit."

Lastly, imagine that the president was a suspected drug dealer forced to answer questions in front of detectives. Would the detectives be satisfied with the suspect choosing what questions he will and will not answer? Would the detectives accept written answers to their questions rather than sitting him down in person? Would they accept answers that refuse to provide any information at all?  Would a suspect be allowed to simply say that he does not recollect? Of course not. Executive privilege aside, it is painfully obvious, from reading the redacted Mueller Report, that Mr. Trump was given an inexcusable pass by the special counsel. We now know that President Trump replied on "30 occasions" that he didn't "recall" or "remember" or didn't have an "independent recollection" of events in his written answers.

By not sitting Trump down in person to demand truthful answers about his involvement with the Russians during the 2016 election, Mueller essentially let the president off the hook. In light of the importance of his task, his excuse that doing so would be too time-consuming is pathetically inadequate. What the American people expected was the full truth and nothing but the truth. That expectation will never be met because the most crucial suspect was never questioned. Knowing what we do about Mueller's career as a hardened prosecutor -- especially his work prosecuting homicides -- he would not have afforded that same luxury to any other suspect. That miscalculation not only tarnished his reputation, but it may also have undermined the entire purpose of the investigation.

(George Cassidy Payne is an editorialist, poet, and social worker. He lives and works in Rochester, NY. George is a contributing writer to City Watch LA and has been published in a wide variety of domestic and foreign outlets, including The Atlantic, The Wall Street Journal, USA Today, The Buffalo News, The Albany Times Union, The South China Morning Post, The Havana Times, Counterpunch, and many others.) Prepped for CityWatch by Linda Abrams.