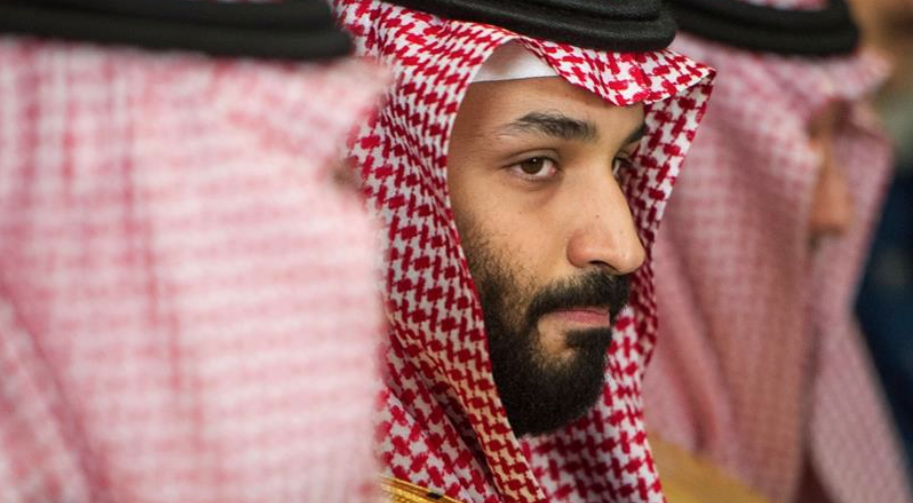 At the time most of the media were reporting uncritically about him and his regime. In fact, most were glowing in their praise of Salman as a “reformer” and “modernizer,” citing his allowing women to drive and his openness to pro-Western cultural change. I thought such views were near-sighted and failed to see not only that Salman was pulling the wool over people’s eyes about reform but also that Trump’s hearty welcome of him had to do with personal and political interests. Here is some of what I wrote back then:

Saudi Arabia is valued by the Trump administration for several reasons, none of them compelling: a “bulwark” against Iran’s Shiite regime, thus an unofficial partner to Israel in a nonexistent peace process; a major oil producer; a longtime customer for US weapons, in the billions of dollars (recall last year’s $110-billion arms package); the senior partner to the US in the bloody war in Yemen (an estimated 10,000 civilian casualties); and, perhaps most importantly these days, a good friend to private investors, starting with the Real Estate Agents in Chief, Donald Trump and Jared Kushner.

Now this Saudi leader has a chance to purchase another $1 billion in weapons, including Raytheon Corporation’s precision-guided munitions. He will thus gain US endorsement to more efficiently carry out war crimes in Yemen, a country in collapse and in the midst of cholera and malnutrition epidemics. All this largesse to maintain US “influence” and help make the Middle East more “stable.”

Someday, a US administration will break the pattern of weaponizing friendships with authoritarian regimes in the name of maintaining influence. Such relationships are tainted from the start and never support professed US interests in peace and human security. Look today at US policy toward Egypt, Honduras, Israel, and the Philippines, for example. The US is those governments’ partner in the repression of human rights, the deaths of innocent people at the hands of US-made weapons, and the undermining of prospects for civil society.

Authoritarian leaders friendly to the US are now fully confident that the Trump administration will look the other way as they trample the rule of law.

The Saudi crown prince is thus in good company. 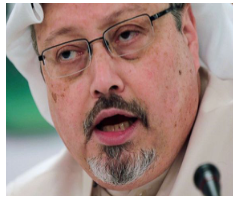 Indeed he is: The murder of Jamal Khashoggi (photo left), an independent-minded Saudi journalist and Washington Post columnist, almost certainly at the hands of a Saudi assassination squad dispatched by (now King) Salman, shows what happens when US foreign policy is for sale. Not only that: While the US kept its part of the bargain, turning a blind eye to Salman’s repressive regime, the Saudis have had no sense of obligation.

“It does seem like the Saudis are less concerned about U.S. views than ever before, both because they assume Trump won’t care and because they think they don’t need U.S. approval,” said Gerald M. Feierstein, a former ambassador to Yemen and senior State Department official from 2013 to 2016.

There are plenty of signs of Saudi indifference to US concerns: its continued bombing campaign in Yemen, its interference in Lebanese politics, its purchase of only a fraction of the $110 billion under the arms deal, its lack of support for the administration’s (supposed) peace process with Israel and the Palestinians, and its unwillingness to resolve the dispute with Qatar. These are US as much as Saudi policy failures, and they fall at the feet of Jared Kushner, who has been the king’s most enthusiastic backer in Washington.

But should Saudi Arabia be punished if it turns out that Salman authorized the murder of a critic? Not in this administration, which finds every excuse imaginable for avoiding sanctions against dear friends. As Trump said when asked about cutting off arms sales, “I think that would be hurting us,” he said. “We have jobs we have a lot of things happening in this country.” Ah, yes, jobs and “a lot of things.” Don’t believe him when he speaks about how painful it is to read about Khashoggi’s disappearance and how he will mete out “severe punishment”  if the Saudi regime is at fault. Khashoggi wasn’t even a US citizen, Trump tweeted.

Besides, didn’t Salman just assure Trump he had no idea who might have taken the journalist away? That’s all Trump needed to hear. He now proposes that “rogue killers” might be responsible—a reprise of the script he used to let Putin off the hook (maybe it was the Chinese, or that 400-pound guy sitting in bed).

Rest assured, Trump will do the minimum, and so will Salman. Both will get away with murder.

(Mel Gurtov, syndicated by PeaceVoice, is Professor Emeritus of Political Science at Portland State University and a CityWatch contributor.)