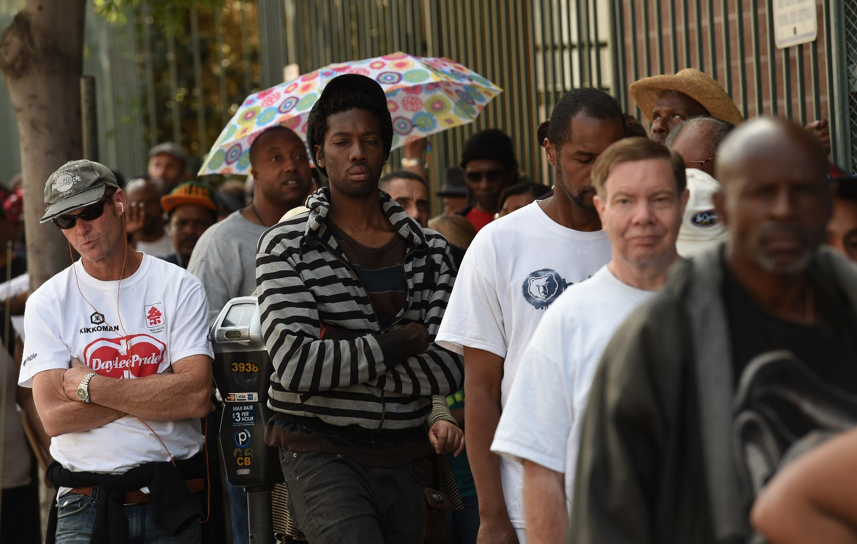 One of the positions that made Dr. King so radical is that he actually wanted the government to fight poverty by providing every American a guaranteed middle-class income. King wrote: “We must create full employment or we must create incomes. People must be made consumers by one method or the other. Once they are placed in this position, we need to be concerned that the potential of the individual is not wasted. New forms of work that enhance the social good will have to be devised for those whom traditional jobs are not available.”

With King’s vision in mind, I propose a basic security deposit guarantee in the amount of $1,000 to anyone making less than $30,000 a year. Those who have worked on the housing issue know very well that one of the biggest obstacles that poor people face today-at least in terms of attaining independent housing- is coming up with a security deposit.

Anyone who has worked on the poverty issue knows that one of the biggest factors that keep people shackled in chronic poverty is the lack of safe and affordable housing. Wouldn’t a basic security deposit guarantee help solve two major social problems at once?

The money would go directly to the landlord’s account, thus avoiding the risk of being squandered or redirected to some other need besides housing. Only landlords that meet certain standards would qualify to receive the stipend. If well developed, this program could be a model of efficiency, fairness, oversight, and results.

Let’s be honest. There are a number of governmental and nonprofit agencies that claim to provide help with attaining rental assistance. Unfortunately, these services are often encumbered by several limitations. More often than not, they are one-time loans, restricted by geographical range, based on referrals rather than cash, dished out sparingly, and, in general, bogged down by red tape. As attempts to alleviate poverty they are simply not working.

As King understood better than any economist of his era, the way to fight poverty is to give the poor weapons to fight with. There has never been a better weapon in human history to fight poverty than cash. Cities that offer a basic security deposit guarantee for low income citizens can do more to bring them out of poverty than almost any other measure. A combination of sources including federal allowances, municipal taxes, and non-profit charitable donations can be used to attain the necessary funding. If carried out in earnest, this program has the potential to be one of the most pragmatic anti-poverty initiatives ever put into action.

(George Cassidy Payne is a freelance writer, domestic violence counselor, and adjunct professor of philosophy at Finger Lakes Community College. He is a CityWatch contributor.)