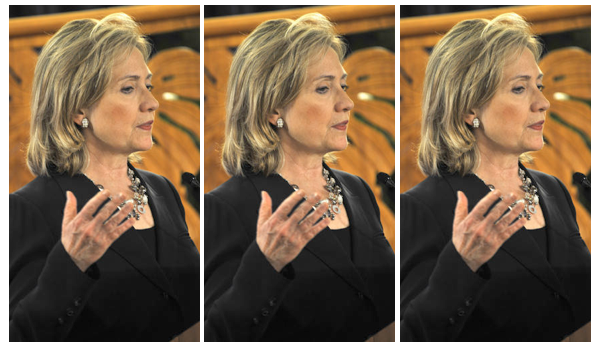 NEW GEOGRAPHY-She had it all -- the pliant media, the tech oligarchs, Wall Street, the property moguls, the academics, and the all-around “smart people.” What Hillary Clinton didn’t have was flyover country, the economic “leftovers,” the small towns, the un-hipstered suburbs, and other unfashionable places. As Thomas Frank has noted, Democrats have gone “from being the party of Decatur to the party of Martha’s Vineyard.” No surprise, then, that working- and middle-class voters went for Donald Trump and helped him break through in states -- Michigan, Wisconsin, Iowa ---that have usually gone blue in recent presidential elections.

Trump seized on the widespread sense that American life was destined to get worse from generation to generation. Americans wanted opportunity for the next generation, not a managed decline. Democrats -- and I was one for over 40 years -- once offered this to the working and middle classes that have now deserted the party.

More than anything, the Trump vote says “no” to oligarchies and ruling classes that not only hoard their wealth but also are convinced that they are morally superior. Trump may be as ostentatious as anyone in flaunting his own wealth, but compared with his garishness, the hypocrisy of the elites is infinitely worse. It’s one thing to be told that decline and future stagnation are your lot by, say, selfless monks wearing hair shirts or tough party cadres who live, like the pre-revolutionary Bolsheviks, with the common people. It’s quite another, when the message comes from trustafarians writing for the New York Times or people who fly their own planes and own numerous homes.

Concern about climate change galvanized the elites -- Wall Street, Hollywood, Silicon Valley -- but left Main Street cold. Wall Street placed its bets on Trump and, like many blocs within the new “progressive” constituency, reacted with shock that the American people hadn’t bought in to their investment.

The map tells all. Clinton won by large margins in the Northeast and on the West Coast, and in states -- Colorado, New Mexico, and Nevada -- where Trump’s intemperate comments roused Latino voters. But outside of Illinois, a whole swath of the country, from the hills of Appalachia to the fringes of the Rockies, went solidly for Trump.

Why would that be? Start with basic economics. The economy in the nation’s interior relies on producing things -- an endeavor that the coasts have largely abandoned. Energy, manufacturing, and agriculture still define these economies, and employ many white-collar as well as blue-collar workers. If you live in Texas and Oklahoma, “decarbonization” is a much less attractive concept than it might seem in Manhattan or San Francisco. Trump swept the areas that keep the lights on and the motors turning -- Ohio, Oklahoma, Louisiana, Texas, Wyoming, Idaho, Louisiana, and especially West Virginia, where he won by a remarkable 68 to 27 margin.

Among other things, the media missed the fact that the middle of the country and the South continue to gain population. The “blue” model, for the most part, expels people, while, in contrast, the “red” one appeals, particularly to middle- and working-class families. Texas and Florida are now our second and third most-populous states. Once the pacesetter, New York is a mere shadow of itself as a determiner of elections, and California, no longer growing more quickly than the rest of the country, has perched itself on the Left fringe, with obvious bad ramifications -- high housing and energy bills, depressed blue-collar sectors -- for middle-aged, middle-class families.

In contrast, Trump’s America presents an alternative model, which honors small enterprise, allows housing to meet demand, and does not see the United States as part of a global system to be managed. That there are xenophobic, and even racist, elements in the Trumpian ranks is undeniable -- but for most Americans, the true “deplorables” have been the self-appointed regulators and financial masters who seem determined to halt their upward progress, and that of their children.

If our governing elites want to know how Trump happened, they need only look in the mirror.

(Joel Kotkin is executive editor of NewGeography.com. He is the Roger Hobbs Distinguished Fellow in Urban Studies at Chapman University and executive director of the Houston-based Center for Opportunity Urbanism. His newest book, The Human City: Urbanism for the rest of us, will be published in April by Agate. This perspective was posted most recently at New Geography.) Prepped for CityWatch by Linda Abrams.