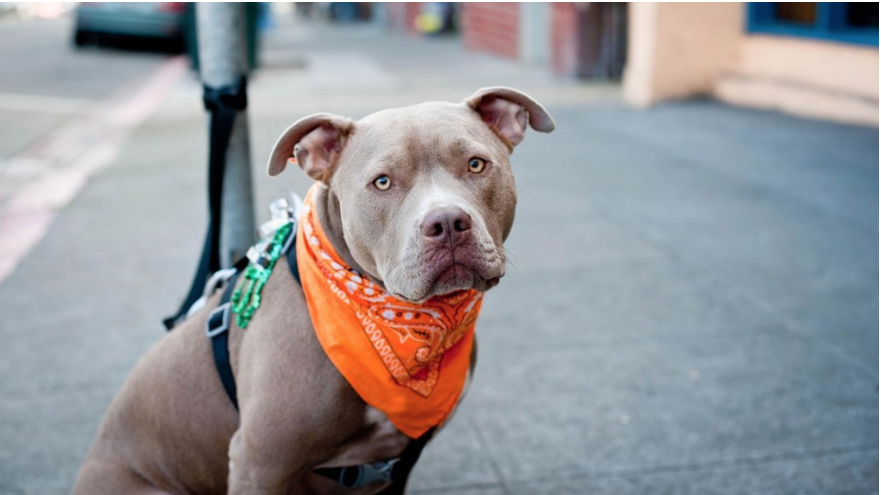 The Best Friend's group did not stop with just asking for fostering from its Mission shelter (which is rented from the City for $1 per year) but also includes, "more than a dozen NKLA Coalition partners, including Angel City Pit Bulls...."

LA Best Friends' executive director Jennifer Pimentel states, ". . .fosters can give us information on what that dog is like in a home, which can be very valuable in helping us in finding the right adopter in the future."

Does this mean that, instead of professional assessment and past-history consideration, a dog of unknown temperament will be placed in a home for an inexperienced "foster to evaluate it for Best Friends? And, based upon that opinion, the dog will be adopted to the public?

Why is Los Angeles' tax money being spent to advertise for Best Friends? Is Best Friends' slipping so badly that LA Animal Services must bolster its fosters/adoptions?

Is this just one more case of bad judgment in the City of Los Angeles, OR is poor shelter policy endemic in California?

In a recent alarming must-see CBS News video report, "Local Shelters Isn't Telling All About Some Dangerous Dogs Up for Adoption,"  Investigative Reporter David Goldstein talks on-camera with an adopter whose roommate was bitten by a dog adopted from Orange County Animal Services. Goldstein uncovered that the dog had a history of such attacks, but that information was withheld from her.

Mike Kaviani, then-director of the shelter said it is not necessary to disclose all information about the pet at first and also admitted that some dogs are drugged.

CBS2 had obtained internal records which show that 23 out of 32 dogs with bite histories at the shelter had no warnings or any information about biting previous owners on their kennel cards.

Kaviani denied this is a problem. But, Madeline Bernstein, President of the spcaLA stated "people have to be told."

CBS2 also found the OC shelter drugged dozens of dogs, supposedly to calm them. Bernstein commented, “The worst possible scenario is if you had a bite dog that is being sedated to fool a prospective adopter."

Even if you saw the CBS2 Goldstein report, you'll want to watch it again in view of the subsequent announcement that OC Director Mike Kaviani has "resigned."

Colleen Lynn, founder of DogsBite.org states that "Extremely poor shelter policies contributed to four deaths in 2019." One was in California, in Ventura, California, where Lynn opines: "2019 marks one of the most significant breed cover-ups by a county shelter in memory. Caught red-handed on the record, Ventura County Animal Services continued to mislabel “Kai” as an “Australian Cattle Dog” after THREE quarantines and three bites, the last being a fatal dog bite. Kia is predominantly pit bull and its owner admitted to this the day before it killed [Maria] Crawford."

"On June 28, 54-year old Maria Crawford was mauled to death by a family dog in Ventura County, CA," Lynn writes. In March, just three months earlier, the same dog had violently attacked Crawford, severing her right ear and mauling her face and arm.

Despite the severity of the March attack, which was the SECOND bite to Crawford since January 2019, Ventura County Animal Services gave the dog back to the family.

The dog, named Kai, was so aggressive while quarantined in March that “shelter staff cannot even scan him for a microchip. Three months later, Kai fatally attacked Crawford. According the autopsy report, she suffered “multiple severe bite lacerations to the head and neck, in addition to the dog tearing off her other ear.

NOT FILING CHARGES AFTER ATTACKS

Lynn also lists as a problem, "0% of fatalities in CA resulted in criminal charges this year."

Colleen Lynn, founder of Dogsbite.org, which tracks and investigates fatal dog maulings, says that, so far in 2019 (the year is not over yet) -- the following have been reported:

48 deaths from dog attacks, the highest on record.

Pit bulls are responsible for 89% of deaths in CA.

Of all fatalities, able-bodied women and men in their 40s suffered more deaths than any other age group — an aspect that is unheard of in dog bite fatalities, which primarily affect the very young and old.

Of all fatalities, 65% involved two or more dogs, a reversal from early CDC (Centers for Disease Control) study years when 70% of fatalities involved a single dog.

RISE IN NUMBER OF ATTACKS BY PIT BULLS IS STAGGERING

National Pit Bull Victim Awareness advises, "Although they represent only 4.5% of dogs in America, pit bulls killed 64.4% of 360 Americans who died as a result of a dog bite injury between 2005-2015, compared to Rottweilers at 11.4% and German Shepherds at 3.6%. Pit bull attacks have increased 830% in seven years in the US and Canada.

FOR QUICK STATS ON DOG-ATTACK FATALITIES BY YEAR

Before the David Goldstein Investigation, earlier in 2019 OC Animal Care Director Mike Kaviani was accused of dumping feral cats in the streets without care in order to maintain "No Kill" statistics.

In its 2019 Mid-Year report -- featuring a photo of a Pit Bull -- Orange County Animal Care reported, "We would like to announce the resignation of Mike Kaviani, [[[  http://www.ocpetinfo.com/ ]]] current Director of OC Animal Care. Mr. Kaviani has accepted the position of Chief Program Officer for a national non-profit organization and will transition from his role at the County by the end of the year."

Nov 25, 2019 - Best Friends Animal Society, which encourages donating to their "No Kill" program to "save them all," including aggressive Pit Bulls, reportedly (and on video) recently held sessions with its volunteers to discuss its exploration of the use of "aversive" training and the outcome was the perception that some of the more "challenged" dogs could become prospects for training using shock collars-aka, "e-collars."

Animal Control/Services organizations have become political pawns because votes and laws can be manipulated in the highly emotionally charged arena of animals and euthanasia and jobs can be lost by doing the right thing.

Nothing (and no amount of donations or political contributions) justifies exploiting the tragedy of abuse and abandonment of Pit Bulls--a breed never intended to be pets-- and ignoring or deliberately avoiding the protection of innocent victims--animals or humans. NO animal control agency should be pressured to compromise its duty to law enforcement and safety for the public and its own employees for "political correctness." (See:

And, Los Angeles Animal Services (or any other tax-funded, municipal-safety agency) should not be allowed to advertise under the City Seal or official logo on behalf of any organizations or corporations that directly profit from the results.