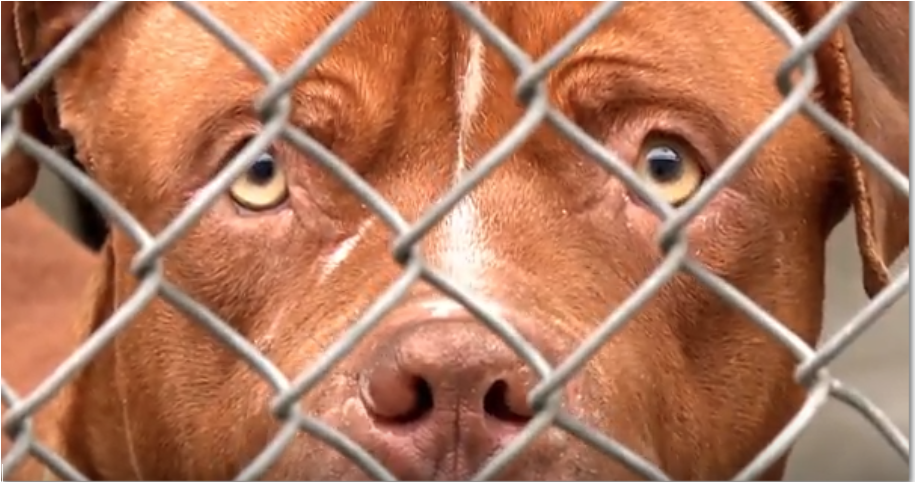 He has followed in 2019 with two more. The Bad Call, advises, "A BAD CALL sent the Rams to the Super Bowl, but the WORST CALL was by 18 pit bull owners killed by their own pit bulls, or whose pit bulls killed family members or babies last year."

He expanded on his message in Who Wins Most by Sudden Death?, which warns, "Not Rams, not Patriots. Pit bulls cause sudden death every two weeks."

As the leading dog-bite attorney in Los Angeles, Phillips explains that he is thoroughly familiar with the agony of pit bull attacks for the victims, families and increasingly for entire communities. He uses statistics to try to impress these dangers on the public -- and has chosen the Super Bowl to emphasize that bad calls have consequences -- both in football and adopting a pit bull into a family.

"In 2018, 34 Americans were killed by dogs, 24 of the killer dogs were pit bulls, and 18 of the 24 pit bulls killed their owner, the owner's family member, or a baby that the owner was watching," the headline of 'THE BAD CALL' blares. (See 2018 Dog Bite Fatalities)

In 2017, of the 39 Americans killed by dogs, 29 were killed by pit bulls and their mixes, and 18 of those 29 victims were either the owner of the pit bull or a family member (including a relative).

"The killings are a small subset of the bitings," Phillips explains, "We can safely assume that pit bulls are biting people in the same ridiculously high numbers."

In 2018, dogs killed 15 children, but pit bulls killed at least 10 of those 15 ("at least" because the authorities have concealed the breed of one of the dogs that killed a child, 2018 Dog Bite Fatalities cites.

That was after a 2017 record when dogs killed 15 children out of the 39 total human fatalities, and pit bulls killed 8 of the 15 youths.

"Having destroyed more than 90% of other animals killed by dogs, the breed became the number one killer of other people's pets, horses and farm animals," says DogBiteLaw.com.

"Over 8 million people have seen my videos that say, "Do Not Adopt a Pit Bull," Attorney Phillips states, " I did these videos to publicize the unacceptable risks of pit bull ownership. These are the dogs that cause the most human suffering and pet suffering. They kill the most people – 70% of people killed by dogs were killed by pit bulls last year.

"They inflict the worst injuries, require the greatest number of hospital admissions and cause the highest medical bills. They have maimed or killed 3,569 people in the USA and Canada in the past 10 years."

Last week, CityWatch talked with innocent victims of three senseless attacks in Glendale, CA -- two humans and a 7-pound Yorkshire terrier, which was no threat to a large, 9-year-old male pit bull. The February 23 hearing was continued by the court until March 14, 2019. Until that time, the owners -- who are both in their 80s -- are allowed to keep and walk the dog in the community if it is wearing a muzzle.

Alarmed residents expressed fear for the safety of children, pets and all residents of the Glenwood North area. One of the victims reflected on his post-traumatic suffering -- both physically and emotionally:

Since the attack, I have spent much time deep in introspection where I fear leaving the safety of my surroundings. I have relived each moment and each second of the attack wondering if I should have known...should I have followed my instinct when the dog first lunged at me and not trusted the owner? But she was very convincing that she knew her dog, which led me to realize afterwards the reality is that she really doesn't know her dog at all and is in a state of denial of how dangerous her dog is.

I found myself calculating the intervals between each Glendale attack by Rosamund Felsen's Pit Bull on each victim and realized they occurred approximately 6-8 months apart. This means that another attack could potentially be approaching. Today I strongly believe the elderly owners of this powerful dog cannot control it and could potentially be its next victims.

ARE PIT BULL OWNERS IN DENIAL?

All the negative metrics about pit bulls have been going up, year after year. For example, in 2017 only half of the pit bull killings were the owners and owners' family members, but it went to two-thirds in 2018.

I refer to pit bull owners as 'losers' not as an insult but because they are losing their lives. This is not “America’s favorite dog” – 40% of all pit bulls in America are either in shelters or up for sale at any particular moment, because people who get them don’t want to keep them.

For those who doubt, here are the ONLY two Google alerts today under "Dog Attack." (February 9, 2019)

News9.com KWTV - Oklahoma City, OK - The family of a man mauled to death by five pit bulls reaches a $15-million settlement in a civil case. Edgar Brown died in 2015 after the attack in Southwest Oklahoma City. Dog Owner Juan Diaz spent one year in prison for second-degree manslaughter before his deportation. His dogs were put down.

GUTHRIE, Ky. (AP) - Police in Kentucky say a 1-year-old boy has died after being mauled by the family pit bull mix dog. WBKO-TV in Bowling Green reports Guthrie police responded to a home Thursday to find the boy unresponsive but breathing. Police said the child had deep abrasions on his head, chest and neck, and his grandmother also had injuries from trying to pull the dog off the boy.

On June 10, 2017, Arkansas Times columnist Gene Lyons wrote about a pit bull attack on his 120-pound Great Pyrenees in a park, explaining that his giant dogs that guarded livestock for many years were (fortunately) not in danger of injury and the melee was ended with assistance from others nearby.

He opined that the pit was "seriously crazy," noting wisely that "sane male dogs don't attack bitches" and quoted an earlier column he had written on this experience, saying, “Possibly this breed has a place in today’s world, although I can’t think what it is ... It wouldn’t trouble me if it were illegal.”

He made a very valid and valuable observation about what is happening in the dog world to allow such incidents to be regular and either ignored or forgiven as entitled conduct by pit bulls.

"Here’s what I think has happened," Lyons wrote, " Animal shelters from sea to shining sea are filled to bursting with pit bulls and pit mixes either confiscated from or surrendered by people who never should have owned them. Compassionate dog lovers who volunteer at those shelters have persuaded themselves that these wonderful animals – as many of them surely are – need to be protected from mean-spirited people who’ve noticed the breed’s propensity for unprovoked and deadly attacks on animals and people.

"Dog breeds are among the oldest forms of human engineering: Pit bulls were engineered to fight.

"Aggression could be bred out of pits with strong laws and consistent effort, but not by people who deny reality."

GREAT DANES were a powerful hunting dog used to take down wild boars and needed to be physically strong as well as brave. These powerful hunters were quick and deadly.

Gentleness was later bred into them. As hunting became less popular, the breed evolved from vicious killers to show dogs. The fight has been bred out of the canines, according to 10 Mighty Facts About Danes, and now modern- day Danes are known as "gentle giants."

BOXERS were developed as a classic working dog in Europe. A cross between an English Bulldog and the now-extinct Bullenbeiser (similar to a Mastiff), Boxers were used for bull baiting, cart pulling, livestock herding, hunting huge animals such as boar and bison, and, unfortunately, dog fighting.

The Boxer was one of the first dogs used for military and police service, according to Pet Health Network. In WWI, the Boxer was valued as a messenger dog, pack -carrier, attack dog, and guard dog. After the Second World War Boxers gained true popularity for their gentler side and became a favorite pet for many soldiers returning home from war.

Contrary to much urban legend, Pit Bulls have historically been used for one purpose--fighting.  According to experts, a characteristic can be bred out of a bloodline in approximately five generations. Why is that not happening with pit bulls?

The answer is that the lucrative dog-fighting industry thrives on and exchanges millions — if not billions — of dollars each year worldwide on breeding and wagers on gruesome combat matches between these dogs. And, unfortunately, many major humane groups. by their blindness to the harm to and by pit bulls and opposition to any breed-specific legislation to protect them, are supporting the very cruelty they claim to oppose.

Many well-meaning activists and rescuers who oppose breed-specific legislation (No BSL movement) do not realize they are protecting the bloodline that continues the genetic characteristic of "gameness" -- the propensity to kill and fight to death — not just the outer appearance of this mixed-breed dog.

Attorney Kenneth Phillips asks, "Am I saying that every pit bull is vicious? Will every cigarette give you cancer? Will you hit another car every time you go through a stop sign? The answer is no, but these are things you must avoid, because they present the possibility of severe harm. That's what I am saying about pit bulls: do not adopt them, because they bring the possibility of severe harm. If you want a dog, get a dog -- man's best friend, not an animal that would kill the man, kill his children, or kill his parents."