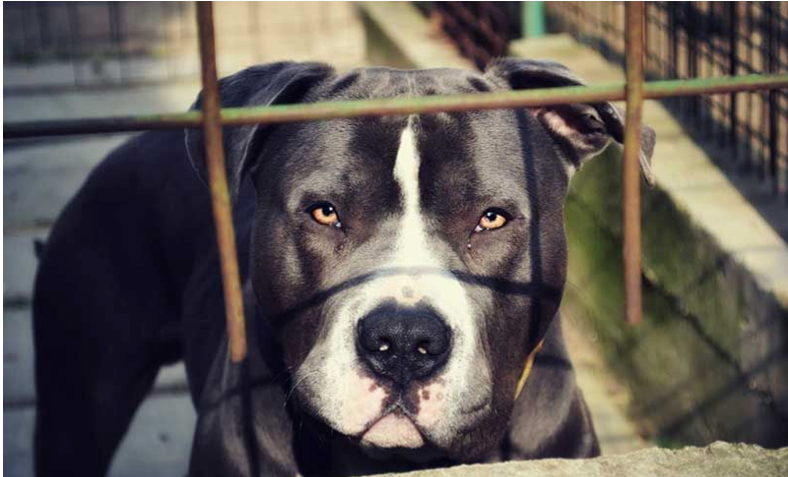 This is the latest in a string of tragedies occurring since General Manager Brenda Barnette, Mayor Eric Garcetti and Best Friends Animal Society gloated at a news conference in January that LA has reached the nebulous designation of a "No Kill" animal shelter -- translated by many as "keep 'em alive at all costs."

On July 17, a female Animal Care Technician at the West Valley shelter was attempting to clean the kennel of a neutered male Pit Bull named “Sue.” Sue was being held pending a Dangerous Dog hearing -- meaning he had already attacked and injured another animal or a human on one or more occasion -- and was in one of the old kennels at the West Valley shelter, used to hold the most dangerous dogs. The guillotine (separating) door in these kennels cannot be easily and safely secured. According to the report, the dog lunged violently and bit the ACT's hand, breaking her finger at the distal phalanx just below the fingernail.

Although GM Barnette has assured the Commission several times that the guillotine doors and latches are all repaired and good, apparently that is only until the next time one fails!

THE PUBLIC'S IMPRESSION OF LAAS

There have been several reports by visitors and potential adopters at the shelters of (primarily) Pit Bulls escaping a kennel and attacking dogs being walked in the aisle by an LAAS staff member, resulting in serious injury to one or both animal, and an increasing number of reports of adopted dogs killing of pets.

In one such tragedy reported to a local dog-trainer (and forwarded to me), an elderly woman's small dog was attacked instantly when she brought home a Pit Bull-Cattle Dog Mix, a dog she had been told was good with other dogs. When she took it back to the shelter, she said they told her the Pit Bull-mix would be put up for adoption again.

A reporter just contacted me, attempting to locate a homeless person who was allegedly given a free Bull Terrier by an LA Services shelter at the "July 4 - Clear the Shelters" event and the dog tore off part of the cheek of a West LA Good Samaritan who took the man and the dog into his home.

Garcetti, Councilman Paul Koretz, who oversees this department for the Council, and the City Council ignore the mismanagement and deceit that create their coveted "No Kill" stats, even when it means unconscionable hoarding and unsafe conditions for animals and staff and the danger of intentionally releasing known-aggressive animals to unsuspecting adopters -- which is becoming the nationwide reputation of Los Angeles Animal Services.

BARNETTE EXPLAINS THE DOG FIGHTS IN THE KENNELS

Barnette, who was the AKC legislative representative in Seattle and a former dog breeder, is eloquent and knowledgeable about dogs. She admits that there is unprecedented crowding in the shelters.

She reported at the recent Animal Services Commission meeting that the "block head" dogs getting into “squabbles,” and they need to be separated in different kennels, so the “squabbles” don't escalate. She couldn't bring herself to honestly say, “When you put Pit Bulls together, they start fighting, so the employees have to go in and try to separate them before they kill each other.”

The recent addition of Melissa Weber from NY as a highly paid Assistant General Manager in charge of "Life Saving" (replacing an experienced field-services and shelter manager) has resulted in warehousing and overcrowding that has become intolerably inhumane and increasingly dangerous for the animals and staff.

The Hayden policy for CA provides that public and private shelters share a common purpose in "preventing animal suffering" as well as saving their lives. It also states that anyone taking in an animal must provide it with "humane" care.

It is hard to equate those goals with what is happening at LA Animal Services, which is tantamount to cruelty. Once an animal has passed the period of legal hold for its owner to reclaim it or be adopted, it is the duty of the shelter to assure the “humane” aspects of the Hayden policy are maintained and that compassion figures into the equation. No animal should be warehoused in misery nor should it be released where it can be harmed or can harm others.

NOT ALL ADOPTIONS ARE KIND, FOREVER HOMES

Dog Shot in Head, Dumped in Dallas Days after Adoption

A Pit Bull relinquished to the Garland shelter in Dallas in March and adopted in late May (it is not clear if it was a free or paid adoption) met a far worse fate than humane euthanasia. The Dallas Express reports on May 29, 2018 that a Pit Bull, named Titan, was found shot in the head and dumped in an area that collects trash and dead bodies. He had been shot in the head the day after he was taken from the shelter.

WHERE ARE SHELTER ANIMALS ON THE CITY'S PRIORITY LIST?

An email sent to local concerned parties lamented that there will be no air-conditioning at the West Valley shelter until August 13. But the problems are much worse than that. Parts of the WV shelter have not had AC for months. The animals there and in the other shelters where they are packed in cages are receiving their only relief from this 100+ heat from giant fans blowing on them.

--There are up to six small dogs per kennel and three to four large dogs in many at the three shelters I visited across the city.

--Dogs are being kept in cages set up in hallways of the shelters with huge fans attempting to provide enough circulating air to keep the overheated animal alive.

--The cages in play yards/other outside areas are also packed with dogs—these result in confinement so small that a large dog can barely lie down or stand up.

--I watched a shelter employee struggle to get a large Shepherd back into a kennel in an outside area after taking him out to relieve himself and the animal physically struggled and gnashed its teeth on the side of the cage to avoid being returned to this cruel imprisonment.

--LOS ANGELES Animal Services' Budget for 2018 is $41.2 million and it is classified as a Public Safety Department.

On February 24, 2010, in an LA Times  article, GM Kathy Davis announced that the City had approximately 120,000 active dog licenses. The population of the City was approximately four million people.

That week the Council unanimously approved a motion for the Department of Water and Power to share its list of residences with dogs with LAAS, to increase revenue. Then-Council President Eric Garcetti said that could mean at least an additional $3.6 million in fees.

2018 (Brenda Barnette's appointment was announced in June 2010 and she was confirmed by the Council in September 2010.)

America Veterinary Medication Foundation (AVMF) estimates that approximately 36.5 percent of households own a dog. That means approximately 1,788,500 dog licenses should be issued in LA City.

The LAAS Hearing Department reports the following upward trend in Dangerous Dog Investigations (No. 12 on the priority list approved by the GM):

WE CANNOT WAREHOUSE OR ADOPT OUR WAY TO "NO KILL"

"No Kill" is a very seductive term. Being associated with any organization that boasts that it never euthanizes an animal elevates advocates above the harsh realities of pet overpopulation, even if keeping them all alive means they spend the rest of their lives in cages. "No Kill" encourages the false illusion that every unwanted pet eventually finds a "forever" home and removes the guilt from breeding litters of surplus puppies and kittens or dumping a pet.

The reality is that once an owner leaves a pet at a "No Kill" shelter because it has become a burden or a nuisance, the pet soon fades from memory in the belief that someone else will want it--even though it was never housebroken, never trained, has unsafe, aggressive tendencies, or it developed intolerable behavior because it was not spayed or neutered.

Matt Pepper, CEO of Michigan Humane Society, posted in July 2017, about the confusion and division caused by "No Kill." (Please read this important post in its entirety. Following are just a few excerpts.)

He explains, "Using the term “no kill,” a vague label, to compare one shelter to another, fails to take into consideration the many unique factors that impact an individual shelter and, "...perhaps it’s time to discard the term altogether and look at what responsible modern sheltering should look like."

He points out that, “Should” be saved is different from “can” be saved. Many animals entering MHS each year have never been socialized and display inherent aggression. We, as professionals in animal welfare, have to consider our obligation to public safety and the integrity of our placement process."

And he adds, "Genetics play a part in an animal’s behavior, but overwhelmingly the animals we see that display aggression are a product of the factors around them. Regardless, this fact does not make them any less dangerous. Whether offensively aggressive or aggressive out of fear – the result is aggression and an animal that should not be placed. This is not to say that it could not be placed, but that it should not. We have a responsibility for public safety that has to coexist with our responsibility to the animals entrusted to us."

He talks about cooperation:  "Keeping a boat afloat by bailing water into another boat is not the way to make it to shore. But that very notion is the mindset when we allow our actions to be guided by two words: no kill."

It is time for Brenda Barnette and the City of Los Angeles to re-evaluate their lack of commitment to public and animal safety. The carnage in the shelters and in the homes of adopters or being released into communities in order to dump problems from the shelters is not "No Kill."  It is just an inexcusable and cruel avoidance of responsibility.