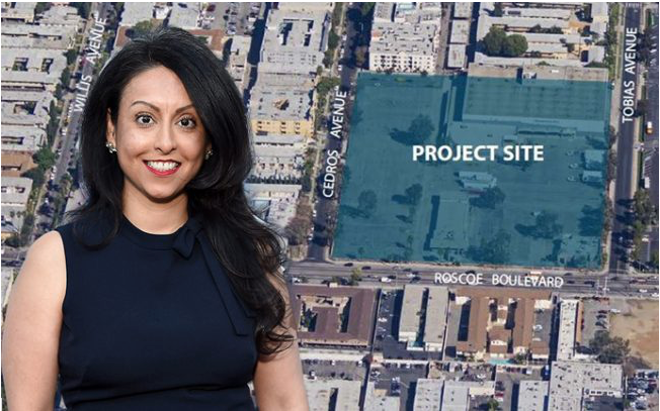 PLANNING WATCH-Nury Martinez, the Councilmember from LA’s Council District 6 in the north Valley, is the President of the Los Angeles City Council.

She recently introduced three Council motions, the most important of which proposes another ballot measure to “update the Community Plans.” As explained in her motion, she wants to address the many real estate scams and outright crimes that pervade City Hall. Of course, if the Mayor and the City Council had not been so fiercely opposed to Measure S, the Neighborhood Protection Ordinance in 2017, the measure might have passed, and Nury Martinez would not need a similar voter initiative in 2021.

To support the corporate-funded opposition to Measure S, the City Council  unanimously adopted a motion in February 2017 to update the Community Plans on a six-year cycle. A month later Mayor Garcetti’s March 2017 Executive Order 19 also directed the Department of City Planning to complete the Community Plans on the same six-year cycle. But the public now knows that these two directives were quickly forgotten when Measure S lost. They also know that this defeat paved the way for the City Hall corruption and real estate scams that Councilmember Martinez now wants to whisk away with her motions.

Since Martinez’ proposal for a second ballot measure to update LA’s Community Plans -- essentially the son or daughter of Measure S -- was drafted in a historical vacuum, it is filled with internal contradictions. The Councilmember could turn to the planning process and its implementation through zoning ordinances – all spelled out in the City Charter -- to improve her constituents’ quality of life.  This was the purpose of Measure S, and she eloquently makes the same case in the August 2020 issue of the Planning Report.

Alternatively, she can follow the lead of City Hall lobbyists, campaign donors, kibitzers, and other elected officials to misuse the planning process to create get-rich-quick opportunities for real estate speculators.  But despite the tall tales so liberally dished out by AstroTurf organizations, developer lobbyists, and campaign donors, she cannot do them both at the same time because they contradict each other.

She can drink gallons of their Kool-Aid, but she cannot square this circle. She cannot help real estate speculators make huge profits through zone changes, and also expect them to upgrade LA’s built environment and build low-priced housing for her constituents. Even if her Council motion results in a second ballot measure, and even it passes, it will not result in properly updated Community Plans. It will not magically create hundreds of thousands of new, low-priced housing units in LA. It will not repair our city’s appalling physical infrastructure, and it will not improve the city’s second-rate municipal services.

Since the Councilmember’s intentions appear to be genuine, she still has time to correct her ballot initiative so it could actually help the housing and infrastructure crisis faced by her constituents.  These six lessons about the planning process may help her reach these goals.

Lesson #1. Plans, including Community Plans, are policy documents; they are not land use ordinances.

Separate ordinances are often appended to an approved Community Plan to change existing plan designations, height districts, and zones. In a few cases the zone changes are packaged as Community Plan Implementation Ordinances (CPIOs), such as the 95 page CPIO whopper proposed for the Hollywood Community Plan. If this Hollywood zoning proposal looks familiar, it is because it based on the legally disputed Transit Oriented Communities faux ordinance. This is why this draft CPIO is also likely to meet the same round file as the previous Hollywood Community Plan, when Superior Court Judge Alan Goodman rescinded the 2012 Hollywood Plan, its Environmental Impact Report, and its implementing ordinances because they were based on fraudulent data.

Lesson #2. Most mandatory and optional citywide General Plan elements are older than the Community Plans that Nury Martinez wants to update via a voter initiative.

Other than the Housing and Mobility Elements, these other General Plan elements are gathering dust in old file cabinets. Before LA’s 35 Community Plans can be updated, these citywide relics must be updated, so they can properly guide the preparation of local Community Plans.

As carefully explained in the State of California’s General Plan Guidelines, good governance requires a broad view before zooming in to ground level actions. Therefore, LA’s highest priority planning efforts should be to update LA’s citywide General Plan elements, including Air Quality, Open Space, Public Safety, Infrastructure, Public Facilities, and Noise. Once they are updated, they can then be used to accurately update the 35 Community Plans.

Lesson #3. Despite the Martinez motion, City Planning’s sluggish update of LA’s 35 Community Plan is separate from its equally sluggish completion of the re:code LA zoning project.

This is what the Martinez motion meant when it referenced a “new Zoning Code that will take many more years to complete and which could be delayed by litigation and budget cuts.” Apparently she believes that her ballot measure can achieve what State planning laws, the City Charter, previous Council motions, Mayoral decrees, major budget allocations, special Planning Department units, and an army of hired consultants failed to do.

Lesson #4. Community Plan updates and the completion of re:Code LA will not rid real estate lobbyists and campaign donors from City Council offices. 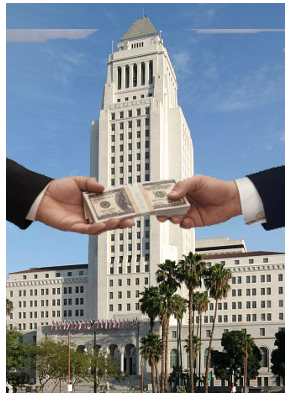 These fixes will not stop COVID-19 related evictions. They will not repair cracked streets, intersections, and sidewalks. They will not build buffered bicycle lanes, schools, parks, fires stations, swimming pools, and libraries. They will not stop multi-million dollar lawsuits against the LAPD for trampling on the public’s civil liberties. They will not maintain LA’s urban forest or plant new street trees on bare boulevards. They will not upgrade emergency responses for earthquakes and other natural disasters. They will not mitigate climate change rapidly bearing down on Los Angeles. These categories are all considered in a comprehensive planning process, and none of them can be addressed by a ballot measure that would dish out generous zone changes to real estate developers.

This is why the proposed ballot measure will not expand the supply of the low-income housing. At best the completion of re:code LA would result in the construction of already abundant expensive housing. Likewise, amending the Transit Oriented Communities faux ordinance through this ballot measure would not create affordable housing, high paying jobs, open space, improved mobility, and desperately needed public right-of-way improvements. Putting the TOC Guidelines on steroids is only a ploy to give developers additional height, mass, and density for their lucrative private projects in exchange for a dollop of never-verified low-priced housing.

The Real Alternative: If Council President Martinez truly wants to meet the needs of her constituents for low-cost housing and an improved built environment, she needs to avoid the advice of the lobbyists, cheerleaders, and developers who fill City Hall’s offices and corridors. Instead, she needs to aggressively push for raising wage levels in Los Angeles and restoring HUD public housing programs and subsidies.

This is the silver bullet that Councilmember Nury Martinez must turn to get what she wants for her constituents.

(Dick Platkin is a former Los Angeles city planner who reports on local planning issues for CityWatch.  He serves on the board of United Neighborhoods for Los Angeles (UN4LA) and is co-chair of the new Greater Fairfax Residents Association. Please email comments and corrections to [email protected] or via Twitter to @DickPlatkin.) Prepped for CityWatch by Linda Abrams.