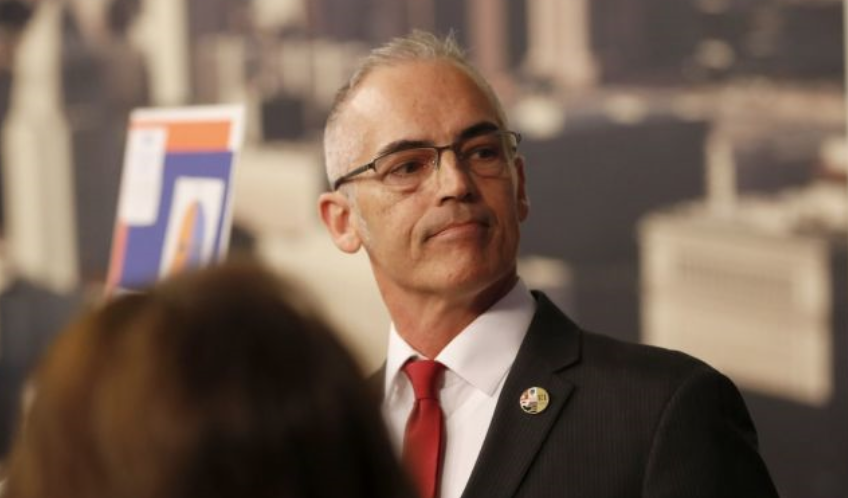 EASTSIDER-We’ve already covered the disastrous failure of Mayor Garcetti’s “ownership” of the City’s homeless crisis. However, in a separate initiative, Councilmember Mitch O’Farrell seems to be dead set on throwing them out of town.

Regarding the homeless and vehicles, I recently covered the City’s attempts to functionally ban the homeless from living in their cars, whether it’s legal or not. And this effort was the product of CD 13’s Mitch O’Farrell.

Now, evidently, current chair of the city’s Homelessness and Poverty Committee, O’Farrell wants to double down and throw them off the sidewalks as well. Honest, check out a great article in the LA Times called, “LA is again considering limits on where homeless people can sleep — this time by schools and parks.”

The article is really worth a read. It captures the insanity of LA City Hall whenever it wants to eliminate a perceived nuisance, even knowing the action is probably illegal.

So How Can They Do This?

Never underestimate a conspiracy between City Attorney Mike Feuer and City Hall. For proof, just look at the recent lawsuit against Mr. Feuer for rigging the outcome of litigation against the DWP over the mess that their new billing system created. You can find a link here.

In the case of the homeless, unlike the DWP litigation, they are using the tried and true Closed Session carve-out in the Brown Act, so they can plot in private. Yup. Here’s the exact language from O’Farrell’s Motion which sets the stage:

“In September 2018, the United States Ninth Circuit Court made a ruling in the Case Martin v. City of Boise. The case did not apply to the City of Los Angeles directly, however, as the Ninth Circuit Court presides over California, the City Attorney should be requested to provide an ordinance that the City's Municipal Code abides by the Court’s ruling.”

Pretty slick, ain’t it? Next, what they did was to place the issue as the last item on the Homeless and Poverty Committee’s August 21 Agenda: Item 9, Council File 19-0602-S1, with attachments. On the item description is the following language in boldface type:

“The Committee may recess into closed session, pursuant to California Government Code Section 54956.9(d)(2) and (e)(1) to confer with legal counsel relative to significant exposure to one litigation case.”

Second, there is a “Committee Report,” which just happens to contain the actual language O’Farrell wants, and it’s clear this language could only have been written by the City Attorney.

Then came the orchestration of the “public meeting.” Call the item, blow off everyone who wants to talk about the draconian language that essentially bans the homeless from sidewalks, and beat a retreat into closed session to quietly seal the deal, shielded by the attorney who wrote the desired language. Potential litigation indeed.

In the final report, we magically see the following language:

“After consideration, and after providing an opportunity for public comment, the Committee approved the recommendation as reflected above. The matter is now forwarded to the Council for its consideration.”

This was a very good example of how those in power can deliberately game the system to achieve a desired result while giving lip service to due process. This perversion of the law stank so bad that two of the five committee members presumably decided to be “absent”: Monica Rodriguez and Mike Bonin. The three clearly prearranged votes in favor were O’Farrell, Harris-Dawson, and Ryu.

During this same time period, as reported elsewhere, there were around 9700 total shelter beds in the city. Currently, there are virtually zero of the 10,000 promised HHH units actually built, with a wonderful explanation that the 79 projects coming in over the next couple of years will in fact generate some 5400 actual units. Costing about $500,000 plus per unit.

I guess it’s an inconvenient truth that LA City's homeless strategy simply guarantees a proliferation of people living in their vehicles or on the sidewalks, since the $1.2 billion in bond money that you and I will pay for doesn’t even match the rate of increase in homelessness.

These policies simply make no sense. They reflect the real priorities of the Mayor and the City Council to build, build, build, with all kinds of groovy giveaways to developers, without noticing the thousands of our people being thrown out onto the street. If they want to wring their hands about the homeless, how about they look in the mirror?

And the real results of all this is to exacerbate the anger of homeowners, who don’t want the homeless anywhere near where they live, and who are correctly starting to blame these same elected officials for covering the issue up for almost a decade.

Shame. Especially since we know that there are other jurisdictions that are entertaining solutions rather than taxpayer-supported bonds, which clearly hasn’t worked.

The City of Sacramento (not a soft and fuzzy place either) has managed to figure out that they need to do something real--now. Check out this article in the Sacramento Bee, titled “City officials suddenly support homeless tent cities, car camps in Sacramento neighborhoods.”

“The “safe ground” model – essentially creating an area where homeless people can live safely in tent cities or in cars – has not been a part of Mayor Darrell Steinberg’s homeless plan. Steinberg has instead been pushing hard for large shelters with rehousing services. But as the city enters its fifth month without a city-run shelter, other alternatives are now coming to the fore.”

As the article points out, this model is working now in--Modesto! Now, I may not be as smart as our elected officials, but if the City of Modesto can do it, and if Darrell Steinberg (Sacramento City’s Mayor) can figure it out, what is the excuse for the highest paid city councilmembers in the United States, the LA City Council?

This is important. The policies of LA City, like the bans on living in vehicles overnight or living on sidewalks, are simply producing the result of pitting homeowners against the homeless, and that ain’t right.

Homeless are living, breathing human beings too, and they deserve solutions. Solutions not evident from our Mayor and City Council. They need to step up.

(Tony Butka is an Eastside community activist, who has served on a neighborhood council, has a background in government and is a contributor to CityWatch.) Photo credit: Allen J. Schaben / Los Angeles Times. Edited for CityWatch by Linda Abrams.