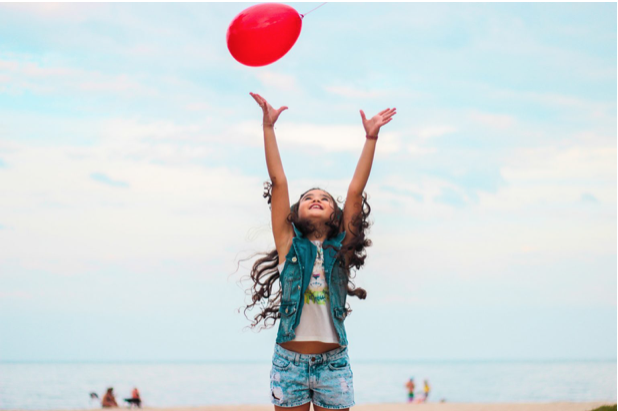 COMMENTARY - What’s your story?  We tell stories, which evolve into myths — and myths are what hold us together. They create the collective entity known as the human race.  And myths evolve.

At least, good God, I hope they do.

We’re stuck, right now, in the myth of collective suicide, more generally known as the myth of the conquest of good over evil. And since history is told by the winners of humanity’s wars, those currently in power are always — always! — the good guys.

David Suzuki puts it this way: “As dictators have shown throughout history, collective narratives are often successful when they have a bad guy, someone or something that is ‘other.’”

Believe me, this narrative goes well beyond the evil dictators (so designated only after they’ve lost a major war and, thus, their power); almost every nation state on the planet maintains a military and a sense of lurking evil, from which it — that is to say we — must protect ourselves. Global Military Spending is about $2 trillion per year these days. Guess which country accounts for virtually half of that budget?

One of my lifelong obsessions is to analyze and deconstruct the American myth of violent self-protection, which we tell ourselves daily, hourly — not simply in the official news and not simply via our cartoons and videogames, our TV shows and movies, but in quietly posted threats of punishment here, there and everywhere. As the state never ceases to let us know, we must protect ourselves from ourselves.

“As our stories evolve or are replaced as we learn from the world around us, we must find narratives that better equip us to meet the challenges of our times,” Suzuki writes, noting that our largest, most crucial and urgent challenges do not involve a simplistic “other,” or enemy, but something much more complex.

Our planetary exploitation has set loose climate change: a threat without a threatener. And the possibility of nuclear annihilation is within the hands of those who actually possess nuclear weapons, far more than it’s in the hands of those impertinent states, Iran, for example, who merely threaten to possess them. Obvious as this seems, the official news seldom acknowledges this to be the case. Why? The call for universal disarmament remains on the political margins. Could this be an example of mythical entrapment?

How about a story that begins with deep awe about life itself, a reverence for the world of which we are a part — and something other than fear of an enemy, but a belief in the need to understand, not kill, those whom we don’t know? I toss this question into the public sphere with the understanding that humanity has been struggling for millennia to create this larger awareness, but has not succeeded at unifying itself around an evolved existential myth. Instead, an enemy keeps showing up: There are witches to burn! Slaves are trying to escape! Pagans think their god is better than ours! And, oh yeah, we’ve got a planet to exploit, so let’s get busy.

I begin my undoing of such thinking in the smallest place I can imagine: the words on a paybox on a busy street about a mile south of where I live:

“Intentionally damaging this paybox is a violation of Illinois law and could result in a felony conviction punishable by up to three years imprisonment, $26,000 in fines and other penalties.”

I happened to notice these words as I was sliding my debit card into the paybox. Yeah, I got the point. Having to pay for parking is a nuisance, a bureaucratic limit to my freedom to do what I want. And, being at heart a wild animal (but, fortunately, a literate one), I am held in check by these words of warning. I’m being informed by the ruling authorities that if I act on instinct and damage the paybox . . . whoa, three years in jail await me, plus a serious financial wound. That ought to keep me in line!

What occurred to me, as I took far more time to read those words and take them seriously (indeed, copy them onto a random piece of paper I found on the sidewalk) than any normal human being would be expected to do, was that I had come upon a miniscule example of authoritative theology. These were not really words of warning to all the potential pay box smashers out there, pulsating in neon, but something far more perfunctory, not even necessarily meant to be read. They were a statement of governing belief, written in small print: Social order is a function of threat. Damaging public property isn’t simply wrong (or stupid) for its own sake, but wrong because it’s a “violation of Illinois law.”

What this does is take public property, and public order, away from the public itself and put it in the hands of a controlling force: the state. Order seemingly is something hierarchical and imposed, rather than a collective agreement. The prevailing consciousness is dominance vs. submission.

Here’s another public posting I noticed the other day, a metal sign along a walkway at Loyola Park, a beautiful lakefront park near where I live: “Warning: Safe Park Zone. Criminal penalties are seriously increased for gang recruitment activity and possession, use or sale of drugs and weapons.”

Like the paybox warning, this didn’t seem like something actually meant to be read — certainly not by family picnickers, moms pushing baby buggies or random guys like me strolling past. It was aimed at, you know, punks, as though stern words in heavy black letters on an official sign would cajole them into behaving themselves and selling their guns and drugs elsewhere.

It wasn’t that I disagreed somehow with the concept that a beautiful lakefront park should be safe, but rather, I felt troubled by the assumption that only dominance — power over the masses — keeps anyone (i.e., the masses) safe. And it occurred to me that such an assumption goes all the way up the chain of command. Do these words contain our mythical entrapment and the possibility of collective suicide?

I decided to take a quick, temporary leap into the future and rewrote the sign as it might appear in a world that wasn’t afraid of itself. Brace yourselves. This may seem shocking:

Please join us in loving this park.

(Robert Koehler ([email protected]), syndicated by PeaceVoice, is a Chicago award-winning journalist and editor. He is the author of Courage Grows Strong at the Wound.)