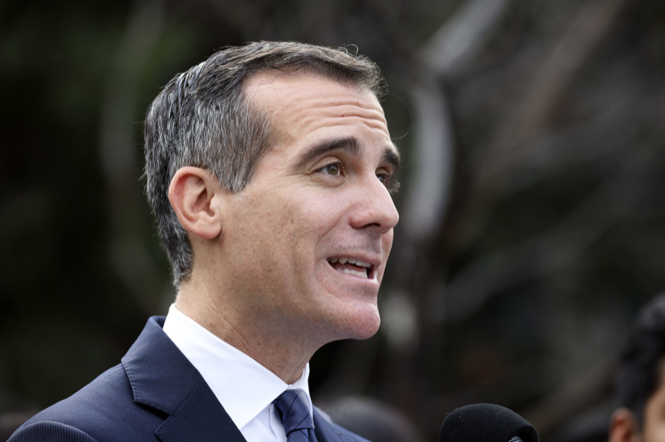 EASTSIDER-Back in May, our very own Jack Humphreville submitted an open letter to Mayor Garcetti signed by a litany of Neighborhood Council leaders, asking for input in selecting Grayce Liu’s successor as DONE’s GM. We now have the answer, and it’s no surprise.

The ask was that the Mayor appoint a Citizens Selection Committee to provide input on the selection of DONE’s next General Manager. You can find a copy of that letter here.

Yeah, well good luck with that. 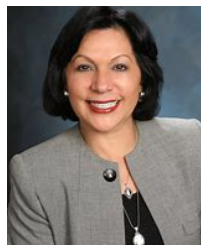 On August 26, the Mayor nominated Raquel Beltran (photo below) as the new General Manager of DONE, without, of course, responding to the open letter. You can read the announcement here, which includes a summary of her qualifications.

Basically, Raquel’s background is in and around government, including working for the City of San Diego, eight years with the LA League of Women Voters as their Executive Director, and her current position as Associate Director of the Pat Brown Institute.

It was, of course, no surprise that the City Council unanimously approved her hire on September 3. Since the Mayor gets to appoint whatever department heads he wants, I don’t think the Council action provoked any raised eyebrows.

Personally, I remember her as a very good Executive Director of the Los Angeles League, and have no questions regarding her track record. I believe she can, however, be fairly characterized as a “policy wonk.”

While there is a document out there somewhere listing the qualifications and duties of a DONE General Manager, I think a more accurate definition of what our Mayor wants in a GM would be the following:

“Control the Neighborhood Councils to keep them bureaucratically tangled up in busywork so that they cannot;

(1) Embarrass our thin-skinned Mayor, or

Unless I miss my guess, Garcetti’s real contempt and interest in a toothless Neighborhood Council System prompted the hiring of a decent (innocent) to fulfill his real job description.

I mean, think about it. The NC system has something like 98 Neighborhood Councils (give or take a few), a staff of a few dozen with an incredible turnover and lack of relevant background and knowledge of the NC system themselves, and a BONC (Board of Neighborhood Commissioners) composed itself of drones who are all appointed by the same Mayor who hired her.

They all serve at the pleasure of the Mayor and have a back end support system that can’t even comply with the California Public Records Act. Further, their entire election system is a witches’ brew of indecipherable regs and documents co-authored by the LA City Clerk and DONE.

Here’s a Taste of Hello

Hat tip to my fellow CityWatch contributor, Bob Gelfand, for this one, with a title of “Do LA’s Neighborhood Councils Really Need the BONC?”

I hardly know where to begin. If the LA City Council, a body that actually makes decisions, can’t even deal with this First Amendment Issue without getting sued (and losing again and again and again), what the hell is BONC doing wasting time, energy, and money trying to regulate the elected members of purely advisory bodies who can’t actually make any real decisions?

Thanks to Bob, who has a lot more tolerance than I do, for attending the BONC meeting or we wouldn’t have a copy of their proposed language on disciplining NC Board members. I won’t repeat all the language being quoted by Bob; read his article. I find the proposal is something like a full page of gobbledygook that reminds me of a bad Franz Kafka novel. Here’s a taste:

“Removal. Any Board member may be removed by the Board for cause, following a good faith determination by the Board that the member has engaged in conduct that is contrary to rules and regulations applicable to the Board or that impedes the orderly business of Board operations. A Board member shall not be subject to removal under this Section unless the member has been censured at least once pursuant to Section 8. Grounds for removal include, but are not limited to, persistent disruptive conduct at meetings, violations or abuses of the Board’s bylaws or rules, violations of the Code of Conduct, acting on behalf of the Board without authorization, and misuse or abuse of the censure or removal process. The Board shall use the following procedure when removing a Board member: ...”

It is no surprise that Commissioner Len Shaffer (a perennial appointee who likes to tell us all that he’s a lawyer), is the author of this proposal.

But he’s not DONE’s lawyer. If our City Attorney Mike Feuer actually sent high class lawyers to watch herd over the BONC, this sucker would be killed in an instant. But he doesn’t, and Len’s in his glory. First Amendment, anyone?

Back to General Manager Beltran, my question is, how the heck can anyone expect a new DONE General Manager to handle this stuff, much less unravel the spaghetti. I guess she could read Bob Gelfand’s article for starters (hint, hint).

Fortunately, the Mayor has other fish to fry this week, like practicing the Art of the Deal with none other than President Donald Trump. As the LA Times reported, “Column: Trump is going to solve LA's homeless crisis just like Hurricane Dorian hit Alabama.”

It’s a cool article. And perhaps, just perhaps, the Mayor knows that he’s finally hit the big time. Actually, I think Mayor Garcetti does know this is his big chance. As reported by the Associated Press:

Wow! It’s a wonderful, really big, policy issue, the kind that both the Mayor and the President like to key in on. So here’s a modest suggestion: Why doesn’t the Mayor work with President Trump to “help” him solve the homeless crisis in Los Angeles?

As I wrote back in May, “Neighborhood Councils were Created by Charter but Remain Second Class Citizens … Read It Here and Weep.”

Sigh, not much indication of change. Still, notwithstanding the Mayor and his “issues,” I wish Raquel Beltran all the best … and who knows?