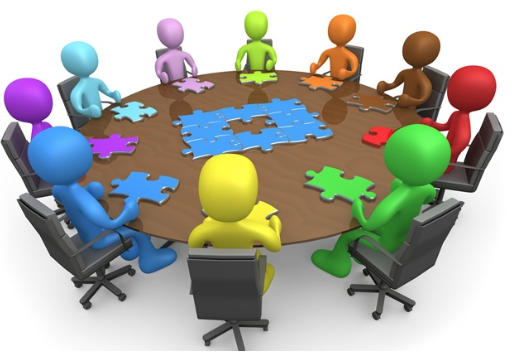 DONE WATCH-On May 28, the following letter was submitted via email to the Mayor and City Council by over 40 Neighborhood Council Leaders throughout the City of Los Angeles by colleague Jack Humphreville.

Attached (and copied below) is a letter to you from Neighborhood Council Stakeholders requesting the formation of a Citizens’ Selection Committee to assist in the appointment of a new General Manager for the Department of Neighborhood Empowerment.

There are no bcc’s associated with this email.  However, this letter will be circulated to NC stakeholders and other interested parties.

We look forward to working with you in this important matter.

The undersigned, comprised of former and current Neighborhood Council Leaders as well as Community Leaders throughout the City of Los Angeles, request your consideration of this proposal to strengthen our citywide system of neighborhood councils.

Article IX of the City Charter establishes a framework for creating an operating Plan, a Department of Neighborhood Empowerment ("DONE") to assist and arrange support, a Board of Neighborhood Commissioners to set policy, and a General Manager ("GM") to oversee the Department; all on behalf of the councils themselves, now 99 in number.

With the recent announcement of the departure of DONE’s GM, we see this transition as a unique opportunity to adopt the lessons learned and to recruit and appoint a leader for DONE who will bring new focus and effectiveness to managing its day-to-day operations.

We believe it is imperative that people who know and understand the system best --neighborhood council members themselves-- be part of the candidate selection process. We ask you impanel a Citizens Committee similar in structure and intent as prescribed by the Los Angeles Administrative Code, § 23.145.2, and assemble a team of knowledgeable citizens to help guide the process and make recommendations to promote the best possible outcome.

DONE's "mission" has both formally and informally evolved over time, as have various understandings of what truly falls within the Department's purview. Presently, there is not a concise mission statement for the Department, or a job description outlining the GM's responsibilities. Without these, or a nuanced understanding of how DONE's operations directly affect its constituency, identifying the qualities and skill sets needed for someone to succeed in this role will continue to be challenging.

As such, and while no means exhaustive in approach, we would like to suggest a potential path for the formation of a Citizen’s Selection Committee:

Allowing NC leaders, present or past, to participate in the selection process of the Department's leader will benefit the system, the individual councils, and most importantly, the stakeholders they represent.

Thank you for your thoughtful consideration of this request.

For all signatories above, titles and roles have been placed for identification purposes only – the opinions expressed here are those of the individual signatory and do not necessarily reflect the views of any NC.  This is only a partial list. (List Updates include additions and/or corrections as of  6/16/19 and are  identified with an *)

Today we are on the precipice of making profound changes for our neighborhoods, and we could not be more excited about the possibilities.

This letter was written with the future in mind.  As leaders and stakeholders in the NC system, with a wide open path before us, we can see a place where we have the opportunity to focus on our stakeholders, to be engaged in solving real problems, and to receive welcomed support from a Department rooted in Board Service.

If you are interested in boarding the ship with us, please send an email to wearedonewatch@gmail.com. Place PLEASE ADD ME TO THE LETTER in the subject line.

NAME OF:  Neighborhood Council (PAST or PRESENT)

TITLE: President, Sec, Board Member, Land Use… (Include years with the title)

We are here to make a difference.

And we are fired up and ready to go.