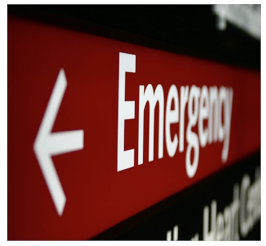 MOBILITY PLAN … A WAKE UP CALL FOR LA-Do increased traffic jams, increased development and even worse emergency response times sound great to you?

Well, that is precisely what the new “Mobility Plan” will do – according to the City itself.  That’s right.  This is what the City says in its own words – buried deep in their reports.  To the public, it is falsely sold as a mobility plan.  After all, who wouldn’t want more mobility?

So what exactly does the City say about their “mobility plan?”  It has to be about reducing traffic, right?  Wrong. Here is what the City says about the Mobility plan: “Reducing congestion is not a goal of MP 2035.”

Here is what they say it will do:

No, we aren’t making this up.  That’s what it says.

That all sounds great, right?  But there is more.  This innocuous sentence is key: “The MP 20135 would result in more than 80 percent of the City’s population and 85 percent of its employment being within one mile of a high-quality transit facility.”  Why?  Because according to new state law, density bonuses are allowed near “high quality transit facilities.”  In one shot, the City will permit itself to increase density for more than 80% of the City’s population.  Did they mention this?  No.

Will people have to die for Mayor Garcetti’s Great Streets? Will we have to lose protected habitats and endangered species for his Great Streets? Will protection from neighborhood intrusion become a thing of the past, turning our residential streets into speedways in the name of Great Streets? It seems that according to the new Mobility Element 2035 passed by the Planning Commission the answer is: yes.  Here’s a question:  Can a street that is so congested that emergency vehicles are blocked from getting to you when you need help really be considered “Great?”

While the Planning Commission didn’t put it as bluntly as I just did, the message they sent by approving the new mobility plan is loud and clear. They might as well have said don't bother to call 911 because we cannot guarantee that paramedics can get to you in time – or fire trucks or police cars.

Oh, and by the way, cars will be shortcutting through your neighborhood, but don’t worry we will be able to get everywhere we need to go on our new bike lanes. They also admitted that sensitive species, habitats, and wetlands are also out of luck – too bad for them but we will get even more bike lanes – for the 1% of trips that are on bikes.  Too bad for the other 99%. 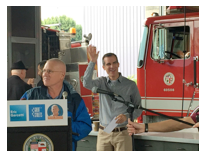 I don’t know if this is the Mayor once more saying he will get people out of cars any way he can – no matter what – or if this is a cynical end run around our community plans and the Framework Element to implement all kinds of development through a myriad of bills out of Sacramento. And you know what, I don’t care. This is serious stuff and if you care about public safety, excessive noise, and endangered species and habitats then you had better start paying attention to what the Mayor and his “colleagues” on the Council are doing.

The Mayor and every Councilmember need to be held accountable if they approve anything that compromises public safety. How can they possibly think impacting emergency access is a good thing? What kind of a person thinks that? The answer is the political class. Politicians who flit from one position to another hoping to be long gone before the consequences of their actions become apparent. Their survival depends on our short memories.

In my humble opinion, if you screw around with public safety you should be voted out of office. Will that happen to those behind the mobility plan? Only if we start paying attention to what they are really doing: compromising the safety of the entire city to gain the favor of a very few vocal special interest groups.

This mobility mess will be challenged legally, but everyone needs to step up and get involved with what is going on.

If you are asking what difference can a few of us make I would suggest you study the bicycle lobby. They are a small group of people that pushed through the 2010 Bicycle Plan before most of us had finished our first cup of coffee – and they were dogged in pushing through this Mobility Element.

So, if you don’t believe a small group can make a difference, you’re very mistaken. A small group just did. And the entire city will pay a very steep price unless a mighty few of us organize to stop it.

(James O’Sullivan is president of the Miracle Mile Residential Association and is one of the founders of fixthecity.org.)