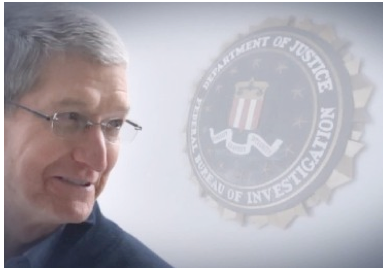 EASTSIDER-Usually I stay away from national hot button topics, figuring that there’s already plenty of coverage from the pundits and TV’s talking heads. However…

Back when I was at UC Berkeley in the 60’s, I attended a number of protests at SF State, UC Berkeley, and the Oakland Draft Board. We sort of knew we were being surveilled by the CIA, since it was kind of hard for a bunch of older white guys with buzz cuts and White Stag jackets to mingle unobserved with 60’s students. On the other hand, I don’t think that we really cared (or understood.)

Much later, I discovered that I had a “Red Squad” file from FBI and CIA surveillance at Berkeley. Turned out the FBI had movie camera footage of every “political” event, tracked which organizations Cal students belonged to (like SDS or the Panthers or anything sounding remotely Socialist,) and even paid some students to go through the wastebaskets of their professors. Evidently, the FBI thought we were all a bunch of commies, even though Communism was about as passe as the FBI’s dress code.

As the story goes, all this changed after Bill Clinton became president. Ultimately, he had the FBI Red Squad files dumped -- it was embarrassing that so many of his friends and contributors couldn’t get into the White House, courtesy of background checks, including the Red Files. Of course, even though the files were allegedly expunged, we know better -- government never gives up data, so I assume it just got buried somewhere else that the Feds have access to.

Apple and the Government

In this context, I was very interested in the headlines announcing Apple’s refusal to sell the privacy of its user base to the Feds for nothing (bad Apple), and law enforcement’s efforts to try and keep us safe from Terrorism (good law enforcement). Gee, what a surprise.

After weeks of the media implying that Apple’s position is going to help the terrorists kill us all, it seems a majority of people polled are siding with the Feds. I feel so much better knowing that the Constitution and the Bill of Rights are actually subject to instant polling, not unlike we see on reality TV shows and in the Republican Presidential debates.

Lost in this narrative are a few basic facts. First, law enforcement itself created the problem -- the FBI shot itself in the foot by telling San Bernardino to reset the iCloud password for the cellphone in question, and – oops -- no way to get the phone to backup its current data to the Cloud. In other words, the stupidity of the FBI created this legal confrontation that everyone is all revved up about.

Apple uses encryption in their 5c phones (together with a few features that are not found on most Android and Windows phones,) by using their 4 digit pin codes. First, you must physically enter the password on the actual device; second, too many bad guesses of the password and the phone erases everything; and third, there is an enforced delay between each password guess. Otherwise you could hook the phone up to a computer, and in virtually no time at all, go through the roughly 10,000 combinations of a four digit pin.

The government solution to the problem they created is for Apple to build a back door into their phones and give it to them so they can spy on us. Period. If the government prevails in their case, hundreds of millions of people (or however many own Apple products) will become the instant subject of surveillance by law enforcement from here on out.

How Bad Current Surveillance Already Is

Lost in the media discussion is the fact that almost all of our electronic lives are already stored by the government in massive data centers. Some is directly swiped by government agencies, some is obtained by the government via for-profit data brokers, or sold by companies such as Google, Facebook, Instagram or Snapchat…you name it. And everything on your smart phone, including GPS location as well as the apps, are shopped by your provider to the government. This includes all your emails and cell calls.

This reality is hidden by using technobabble words like “big data” or “data mining” -- innocent sounding labels for the ugly truth. As the cost of data storage goes down, the NSA and their progeny will be able to go back and tell you exactly where you were 10 years ago (if you have a smartphone) and what you were doing. And who else was around.

While I’m at it, there are a couple of other ugly truths in here. First, there are something like 17 different US Intelligence Agencies running around collecting all of this information on us -- the NSA, the NRO, the FBI and DEA, Homeland Security, the Treasury and more. The second truth is that until Snowden came along and upset the apple cart, our government, under the guise of post-911 “Terrorism”, forced most of these companies to give them our information under secret court orders. These court orders also forbade the companies from telling us that they were doing it. Thank you, Congress.

And oh, by the way, our intelligence agencies also share this information about us with a whole bunch of foreign governments…after all, terrorism is worldwide. And not just the usual suspects like Britain and NATO countries including Turkey, but in the case of Israel, they evidently give them “raw intelligence,” a euphemism for handing over the tools to identify individuals. And who knows who they share it with?

As my experiences in Berkeley and in the public sector taught me, if law enforcement has access to information, they will dip in and use it any time they want, without going through a bunch of fancy rigmarole like warrants or court orders. You can count on it. And you will never know they did it.

As all this information piles up -- electron by electron, over time -- our government will know more about you and me than we do about ourselves, more than even your shrink does (if you have one.) Unlike us, computers have perfect memories. So, let’s see…last year on February 29, did you buy the following item from Amazon.com…and for what use did you buy this item which could be used for nefarious purposes?

Now the argument made by government intelligence agencies and law enforcement is always the same -- if you are not hiding something, why are you afraid of the government knowing all of this information? This is the same refrain used by dictators and secret police from time immemorial. It also just happens to be directly in conflict with “freedom” and “democracy” and major portions of our Constitution and Bill of Rights. Do we really want the government to know every detail of our life for as long as we live…and trust them to never misuse the information? C’mon.

So the next time you tune in one of the 200 TV channels to watch multimillionaire talking heads cover the same story over and over again, remember, they’re paid to do it for a reason: to keep the troops numb, dumb, and quiet.

You don’t have to take my word for any of this. There are a couple of recent books that do an excellent job of laying out the realities of our surveillance world, such as Data and Goliath by Bruce Schneier and Dragnet Nation by Julia Angwin. Julia was a staff reporter for the Wall Street Journal for years, and Bruce has been at the forefront of tech and security issues since Wozniak built the Apple1. They are serious people.

As for me, I never used to be a fan of Apple because of their closed ecosystem, their ‘the Apple way or the highway’ mindset. However, I’m reconsidering that, in the light of this lawsuit, and I suspect that there’s a reason behind Apple’s highly visible moral position.

Remember, when the Snowden revelations came out, people got really freaked out that our Internet Service Providers like Verizon and ATT, and search companies like Google and Yahoo, as well as Microsoft itself and all the social media apps like Myspace, Instagram, Twitter and Facebook were giving away all our information to the U.S. intelligence community. Those revelations seriously embarrassed the priests of the tech industry. It just didn’t look too compatible with their carefully crafted image of being liberal, freedom loving and the perpetual preachers of “ain’t tech grand.”