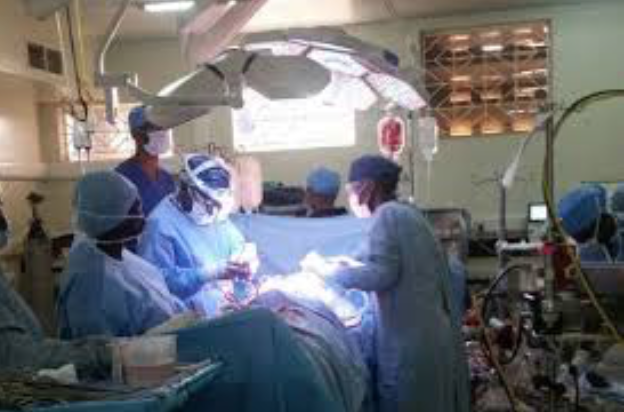 WELLNESS--In college, I volunteered at an emergency room. It was standard stuff; I cleaned gurneys, escorted visitors, and ate way too much vending machine food. Whenever there was a code, a nurse would close the patient’s curtain, and my job was to stand in the hallway and make sure the family stayed away and that there was a clear path to the room. I didn’t have the bravado to elbow my way into the room to observe like other volunteers, and also I was a little afraid of what I would see. It wasn’t until I graduated and got a real job at a different ER that I realized something.

On my first training of training as a new scribe, I was shadowing our lead scribe Jennifer and taking note of everything she did. Our job was to take notes for the doctors and act as their mobile secretary, so we charted everything and did other non-medical tasks. The day was pretty normal: we saw kids with coughs, elbow and neck sprains, people coming in for refills. The doctor talked to us about the ER being used more frequently for non-emergent reasons because of the current state of American healthcare and that whole clusterfuck. Then the PA blared: 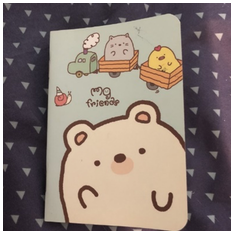 The doctor and Jennifer started speedwalking to the trauma bay and I clumsily u-turned my laptop on wheels and jogged after them, my heart starting to race. Oh God, it’s happening. It’s happening.

Jennifer followed the doctor into the trauma bay and found herself a spot in the corner of the room where she could see everything and take notes. I hovered in the hallway and she waved me over. “I’ll be taking notes, but you try too so that you can see what it’s like. Just make sure you’re not in the way but also make sure you can see everything,” she said, taking out a small notebook and pen. “Sometimes with trauma it’s better to use a pen and paper so your computer doesn’t get in the way.” I scrambled to check my scrub pockets and pulled out the tiny notebook that I had packed that morning and felt a pang of embarrassment. I had packed my fucking kawaii animal notebook.

I can’t believe I still have this thing.

I quickly flipped over to a blank page and readied my pen. I noticed my hand shaking slightly and took a couple breaths. Don’t be nervous. Stop being a dweeb. Oh my God, get it together. Did Jennifer see the fucking kawaii chicken?

A couple of the nurses in the room were shooting the shit while waiting. One of them asked my name and I told her, my voice cracking a little. “First day?” she asked. I smiled weakly and she softened. “Ah, it won’t be that bad. Trust me.” I shifted my weight from foot to foot and she pointed to the corner closest to the patient bed. “Come stand over here.”

As if on cue, the EMTs burst into the trauma bay with the gurney. I hurried over to the corner and the patient was moved onto the bed. Several voices talked at once.

It was as if a switch was clicked on in my head that I didn’t know existed. I watched my own hand flying across the notebook, writing everything down, and I felt myself become part of this group of people who were in a ball of organized chaos trying to save one man’s life.

I watched the doctor slice the side of the patient’s chest under his armpit as a nurse brought over a long metal tool that kind of looked like a blade-less saw.

“We’re doing a thoracotomy!” the nurse called out, and she positioned herself next to me. “You okay here?” she muttered so only I could hear, knowing I was right in front of what was about to happen. “Yeah, I’m good,” I replied breathlessly, not even thinking about it.

I looked ahead and saw the patient’s chest cavity, ribs and lungs and heart and flesh, wide open in front of me. The doctor smoothly inserted his hands into the cavity and wrapped them around the heart. I didn’t even notice the blood on the floor.

I realized my mouth was hanging open and struggled to close it. I thought this would be gory and gross, but instead, it was one of the most awe-inspiring things I’d ever seen.

The doctor massaged the heart and a hush fell over the room as he and a nurse read the monitors. I stared at the piece of muscle between the doctor’s hands, and felt my own heart pumping blood all over my body.

The doctor continued massaging the heart, and then he withdrew his hands and through the open hole, I saw the heart pumping on its own. It was as if time stopped. My mind went blank. I just watched that heart contract and it was the only thing that mattered for that moment in time.

The doctor checked the monitors and nodded curtly. “Let’s get him upstairs.” The doctor and nurses rushed off with the patient, and Jennifer and I were left alone in the trauma bay. I looked at the ground, covered with gauze and blood and plastic wrappings. The blood had just barely missed my shoes by a couple inches. Jennifer carefully walked over and we made our way back to the hallway, stepping over the blood on the floor.

“A thoracotomy on your first day! You’re really lucky,” said Jennifer, cheerily rolling her computer back to the nurse’s station. I followed her and looked around the ER in a euphoric daze. We reached the nurse’s station and sat down, and I placed my hand over my wrist, feeling my own pulse.

(Ellie Guzman has been a Medium member since September 2017. Lover of writing, comedy, tequila, and dogs. PA at animation studio. Views my own. www.ellieguzman.com.)