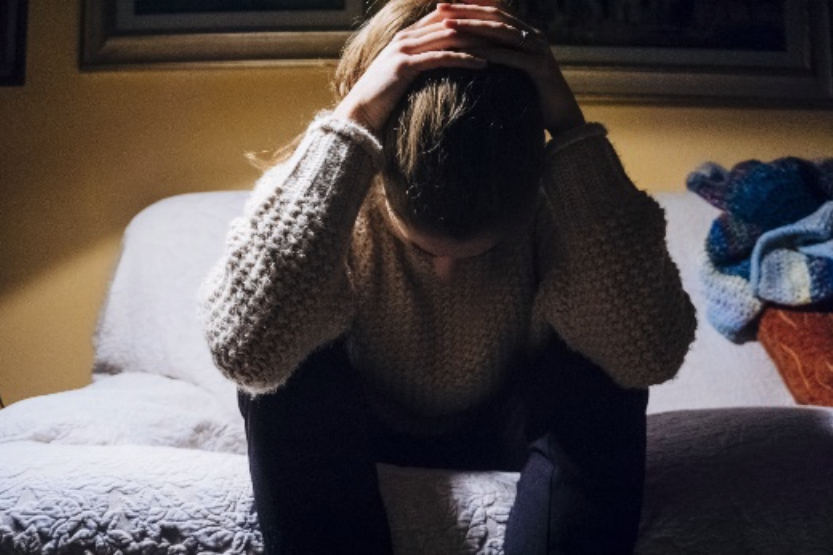 WELLNESS--I’ve struggled with weight loss for a long time. Like, a long, long time. Longer than the 2016 election cycle felt. Decades.

I haven’t been comfortable in my own skin since I was a child. I don’t have the mental bandwidth to get into why this is (a nice cocktail of nature, nurture, a sprinkling of the ol’ eating-disorder-not-otherwise-specified, microscopic self-esteem, being born on a Friday, the media, asbestos in my childhood apartment, and so much more). But it took a long time for me to not actively hate my body every single day. I had to put real work into the way I saw myself. And thus, with a mixture of therapy and faking it until I made it, I was able to overcome my eating disorder, to love myself and my body a little more every day.

Then my body turned around and betrayed me, like an asshole.

I arrived at work a couple of months ago and ate my steel cut oats with almonds, just like I do pretty much every morning. Only this time, I took a bite of the oats, chewed, swallowed, and immediately doubled over in pain at my desk. I took a careful sip of water and again felt a stab of excruciating pain in my upper left abdomen. “Maybe it’s gas,” I thought optimistically, as I hunched over and slowly walked to the office restroom. “Maybe I’m just having a Wednesday morning poop attack.”

It was not gas.

The pain got worse, so I asked to leave work and headed to urgent care. At this point, I was nauseous, sweating, and experiencing stabbing pain with every movement. I drove hunched over the steering wheel, groaning the whole time. I was given a room with a cold bed where I laid with my arms crossed, praying to baby Jesus that this wasn’t appendicitis.

Thankfully my issue wasn’t anything surgical. The doctor diagnosed me with gastritis plus a lot of acid reflux. I was skeptical at first so he began listing the risk factors. They include:

I soaked this all in, still curled up on the bed. My body hadn’t betrayed me. I had betrayed my body. And now my young 25-year-old stomach was inflamed and coated in too much acid so everything I consumed would be painful, even water. I quietly asked the doctor what I could do to reverse this nonsense. He said I’d have to go on a super strict antacid and anti-inflammatory diet. Oh yeah, and no caffeine or alcohol for 10 weeks.

I let out a feeble, “But…” and he interrupted. “If you keep going the way you’re going, you’ll have an ulcer before you’re 30.”

My stomach hurt too much to say anything else so I gave him a thumbs-up. If this was how gastritis felt, I could do without the ulcer.

I drove home, medicated and in less pain, and bought chicken soup. That was all I ate that day, and the next day, and the day after that until the constant pain receded.

I’ve never been one of those “3,000 calories a day” kind of people. That’s a misconception fat people like me have to face every day, and it’s not the truth. I’ve always been good about including fruits and veggies in my diet. My issues were more about giving in to most of my food whims and not working out as much as I could have. I spent nearly 15 years obsessing over every meal and restricting my food intake, so once I recovered from this cycle, I figured that if I wanted a cookie, I was going to have the fucking cookie.

The problem was that I had this interaction with myself pretty much every day. Sometimes it was a cookie, but sometimes it was takeout, or a burger and a hard cider, or candy, or cocktails, or chips. All of this adds up pretty quickly, especially with a Central American female metabolism.

When I found out that I was going to have to change my diet, I wasn’t as sad about it as I could have been. No spicy food? That’s fine. I can’t handle super spicy food anyway. No chocolate? Suits me. I’ll satisfy my sweet tooth with fruit. No red meat? Cool, time to try more fish. The substitutions seemed simple enough to me, and I felt motivated to take my body back. I didn’t realize there was something darker under the surface, lurking and waiting for my mental health to falter.

“Oh my god, Ellie, you look great!” was the chorus of the next 10 weeks. Of course, the joke was that I did not look great. My hair was flatter, my nails were brittle, and I had dry spots on the corners of my lips from vitamin deficiencies. But I was also losing weight at a rapid rate. I dropped from a size 18 to a size 14 in the first six weeks. Even though I felt like shit, I looked in the mirror and gave myself a little smirk while admiring my sharper jaw. I decided to go full out with the diet. I became a vegetarian (when I did eat), and I relished ordering the tiniest, lowest-calorie option on the menu when I went out to dinner.

It felt like the 16-year-old version of me who cried in dressing rooms and puked up her lunch was fully behind the wheel of this shiny new adult life, while adult me was sitting back going, “Eh, let the kid have this,” using the new diet as an excuse. Sometimes I’d think, “Hey, maybe I shouldn’t do this,” but I always tossed the thought aside as soon as it came up.

The magnitude of my mental decline didn’t fully hit me until about eight weeks in. I was out to dinner with my boyfriend, and he mentioned that the end of my diet was coming up. I should’ve been happy and relieved about this, but instead, I only felt sad and confused. What was I going to do now that I couldn’t restrict my calories using my doctor as an excuse? We finished dinner, and I went into the bathroom and caught a glimpse of myself in the mirror. I looked at my smaller waist and felt an intense surge of pride. Meanwhile, my stomach churned, digesting its first meal of the day at 7 p.m. I noticed my wide smile, and as soon as I did, my face fell. “Uh-oh,” adult me said, as 16-year-old me retreated back into the shadows. “We have a problem.”

Because of the diet, I’d decided it was okay to have less than 900 calories a day (while also doing physical activities like jogging and yoga). I wasn’t doing the diet for my health either; I was doing it for that feeling of, “Wow, I’m so skinny now. Fat me can go fuck herself because thinner me is the alpha.” I knew had to choose: Did I want to continue this behavior, or did I want to make an effort to get better? I gratefully let the decision wash over me.

Of course I wanted to get better.

I realized I had to find a way to both follow a healthier diet but also consume the recommended amount of calories per day for my lifestyle and my body. I meal planned, journaled, and did a lot of calming app meditations. Then, I did it. I managed to complete my diet while also making healthier choices, at least for the last couple of weeks.

Now that I’m off the strict diet, I’m incorporating a pastry here and there, and a chai latte when I really want one. But I’m still choosing less red meat, fewer acidic foods, and less alcohol.

It’s still hard. I’m so disappointed that I relapsed into eating disorder behavior. I can’t believe I was clean for almost six years, and then I fell off the wagon. Even now, I’m getting little whispers of “don’t eat dinner” and “you shouldn’t have eaten that muffin; throw it up” from 16-year-old me. I’m shoving those thoughts away, but it’s harder than it has been in a long time. I feel like I’m starting fresh.

Part of what makes it hard is that I saw results. I lost weight and my reflux got better. However, I need to find a way to make that happen without giving in to disordered eating. The weight loss is slower now, but it’s still happening and I’m keeping a careful eye on myself.

Every time I step on the scale at the doctor’s office or buy smaller clothes because I’m still losing weight, I’m sucked into this thought vortex that raises more questions than it answers. Every time I get a compliment about the physical change, I wonder, “Why does becoming smaller make me feel, at my core, more satisfied?” Does that mean that my self-love as a bigger girl was just a lie I was telling myself so I wouldn’t wake up every day wanting to rip all my skin off? Was my acceptance of occupying space, of being big, of being fat, all an illusion? Maybe all I wanted deep down was to be thinner. Am I really still the same fucked-up girl counting every little calorie like I was when I was 11? What’s going to happen if I lose all the extra weight, and I’m not overweight for the first time in my adult life? Who will I be if I’m “skinny,” if I’m not the bigger version of myself who’s also been the happiest? And worst of all, what’s going to happen if I gain all this weight back? How bad will that be?

In taking steps to be okay physically, am I going to be okay mentally?

I honestly don’t know. I’m going to say “yes.” I’m going to take more steps toward being healthier physically, and I’m going to ensure that I will feel healthier mentally too. Part of what enabled the relapse is that I didn’t tell anyone about what I was going through. But now I’ve talked to my boyfriend, to my therapist, to my friends, and to you. That makes all the difference.

(Ellie Guzman is the Millennial witch of Medium. She is a lover of writing, comedy, tequila, and dogs. Views my own. www.ellieguzman.com)