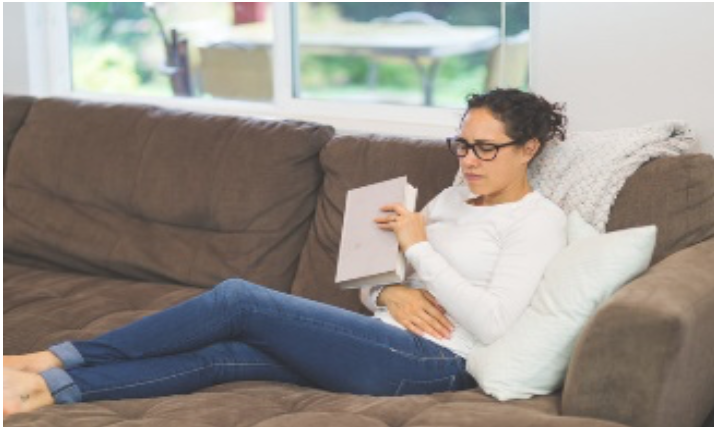 WELLNESS--Fertility rates in the United States dropped to a record low in recent years. Researchers aren’t entirely sure what’s causing the trend. Some theorize the dropping fertility rates are a result of women waiting longer to have kids and opting to focus on their education and careers instead.

Others argue it’s a reaction to our nation’s economic uncertainty, while many are convinced men’s declining sperm counts are partly to blame.

Most of these hypotheses are situational, of course. But there’s another cause that many should consider, which is the underlying question of genetics and how it plays a factor when people do decide to have kids. How much of our fertility boils down to what we inherited?

It’s estimated that approximately 50 percent of infertility cases are caused by genetic issues. Family history plays a definite role when it comes to certain conditions that can lead to infertility. Aside from that, scientists are still working to discover how else genetics can affect fertility problems.

Here’s what they know so far on how your genes may or may not come into play:

Let’s start with what we do know for certain, which is that many people are unable to conceive or carry a pregnancy successfully to term due to genetic and chromosomal abnormalities. What this basically means is some individuals have inherited a condition that may either stunt sperm cell development or make it nearly impossible for an embryo to successfully implant or develop normally in the uterus.

There are chromosomal deletions, where part of a chromosome is missing, and mutations, which involve changes in DNA. There are also translocations, when chromosomal pieces attach to the wrong chromosome. There can be inversions, where the chromosome is upside-down, and then something called aneuploidy, in which there are too few or too many chromosomes. Genetic disorders may be harbored by the parent so they can be passed down, or they can happen in the fetus spontaneously ― without any rhyme or reason.

“Sometimes, a person can have all of the genetic information — there’s nothing missing or duplicated so they don’t have any apparent health concerns — but it can cause an issue with fertility if there’s a structural change in those chromosomes,” Marie Schuetzle, a certified genetic counselor and reproductive genetics team lead at InformedDNA, told HuffPost.

If someone is a carrier of an irregular chromosome, his or her embryo could receive either missing or extra genetic information, which could result in a miscarriage or other reproductive concern, Schuetzle said. It’s worth noting that these abnormalities can occur at random in a fetus from chromosomally normal parents, but several are passed down between generations as well. For example, if your mother has one X chromosome that’s abnormal, you have a 50 percent chance of inheriting that irregular X chromosome, the National Institutes of Health states.

There are also a handful of rare, inherited single-gene diseases, like fragile X syndrome, cystic fibrosis (CF) and Tay-Sachs disease, that can lead to fertility problems and potentially cause fertility issues.

“CF is associated with infertility in males due to abnormal or absent vas deferens [tubes that sperm pass through] causing reduced or absent sperm in the semen,” Schuetzle said. “CF has little to no effect on female fertility. However, if very ill and/or underweight, some may have irregular or absent ovulation.”

The quality and quantity of sperm can be affected by genetics, but it’s not likely

Doctors are typically unable to identify what, specifically, causes most sperm production irregularities (which, in fertility jargon, is referred to as male factor infertility).

“The family risk, when we are dealing with just a mild male factor or even a moderate male factor, is likely minimal,” said Shaun Williams, a board-certified reproductive endocrinologist at RMA of Connecticut.

Most experts agree that the vast majority of minor sperm issues are caused by environmental and lifestyle factors. There are some severe genetic abnormalities in males that can lead to severely low sperm counts or lack of sperm production. These genetic disorders are inheritable. Often, though, these severe sperm abnormalities cause absolute infertility and, therefore, won’t be passed down to future generations just by intercourse alone.

Endometriosis and fibroids — which can cause infertility — have multiple causes, one of which could be genetics

In the U.S., about 1 out of 10 women lives with endometriosis, a painful inflammatory condition in which the lining of the uterus grows outside the womb. Of those who have endometriosis, 30 to 50 percent typically struggle with infertility.

There is no cut-and-dry answer for how much of endometriosis is a result of your genetics. Rather, this condition is considered to be multifactorial, meaning there are environmental, inherited and acquired factors at play.

“With endometriosis, the genetics are incompletely understood,” Williams said. “There’s probably multiple genes involved, so it’s hard for us to identify that specific genetic cause. In general, there is an increased risk if you’ve got first-degree family members [with endometriosis].”

If, for example, your mother or sister has endometriosis, you are approximately five to seven times more likely to to be diagnosed than those who don’t have a close relative with it. But that doesn’t imply certainty: Just because a family member has endometriosis does not mean you will get it also.

The same goes for fibroids, which are small, benign tumors that grow on the inside of the uterine cavity and prevent an embryo from attaching. If your mother or sister has fibroids, you have a slightly higher risk of having them as well ― but, again, it’s not a guarantee. And certain populations, such as African-Americans, are about three to four times more likely to develop uterine fibroids, Williams said.

The age of menopause tends to run in families

The age and speed at which eggs decline likely has a genetic component as well. Some health experts believe that when your mother experienced menopause is one of the best predictors of when you will go through menopause.

“Age at menopause does tend to correlate very well between family members,” Williams said. “Not always, but there is an underlying genetic control over how many eggs someone is born with and how rapidly those eggs are exhausted. If you have a family member who has experienced menopause at an earlier age, then you are at a higher risk of experiencing that same early loss of reproductive potential.”

Some experience primary ovarian insufficiency (POI), in which menopause begins before age 40. Research has found that in 10 to 15 percent of POI cases, there was an immediate family member with the condition.

Polycystic ovarian syndrome (PCOS), a hormonal imbalance causing cysts and irregular periods, is one of the most common causes of infertility. Studies have shown that PCOS is heavily influenced by genetics, though there are environmental contributions as well.

“There definitely is a genetic predisposition for PCOS that’s probably higher than the other conditions [endometriosis and fibroids],” Williams said. “Some studies have shown that up to 40 percent of siblings may have some similar hormonal changes or issues consistent with PCOS.”

But while there is a much higher likelihood that you may have the same hormonal issues if you have a relative with PCOS, whether you will actually experience infertility because of those issues is hard to say, according to Williams. Experts have yet to find a direct link connecting everything ― genetics leading to PCOS leading to infertility ― in one straight line.

Bottom line: We still have a lot to learn when it comes to genetics and fertility

Some experts say researchers still don’t know what causes infertility in about 20 to 30 percent of cases, meaning ovarian reserve, sperm function, fallopian tubes and the uterus are all tested and appear to be functioning normally. Some doctors suspect these cases may somehow be related to behavior and lifestyle factors, like nutrition, weight, exercise and even stress levels. However, many experts believe that most medical conditions that can lead to infertility or trouble conceiving have an underlying genetic predisposition that increases the likelihood of their occurrence.

“I think infertility — whether it’s male factor or ovarian function or uterine function — all may have an underlying genetic basis that we don’t fully understand,” Williams said.

In the future, researchers hope to identify and understand the genetic patterns and combinations in all individuals who experience infertility. Then, doctors can improve how each condition is diagnosed and treated.

We’re not there quite yet, though. If you have a family member with any of the above conditions — or if you’re experiencing irregular symptoms or missed periods — it’s worth seeking evaluation and possible treatment sooner rather than later if you intend to get pregnant.

(Julia Ries covers health and wellness for HuffPost  … where this piece was first posted.)