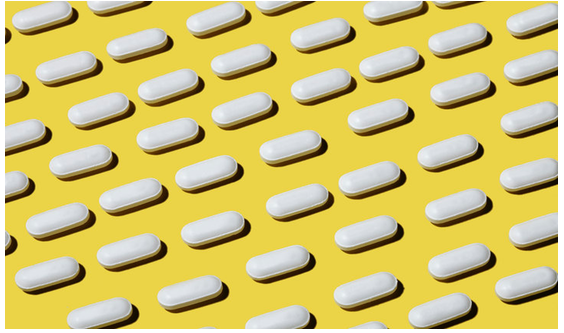 WELLNESS--Recently, Lena Dunham opened up about getting sober for six months on podcast after quitting anti-anxiety medication.

She started taking Klonopin after being diagnosed with post-traumatic stress disorder and anxiety, but soon developed a dependency, reaching for the medication daily.

Dunham is far from alone when it comes to taking the medication. A growing number of Americans are taking benzodiazepines (also known as “benzos”), which include common medications such as Ativan, Valium, Xanax and Klonopin, among others. According to the National Institute on Drug Abuse, the number of Americans who filled a benzo prescription increased by 67 percent from 1996 to 2013, from 8.1 million to 13.5 million people.

While they are effective in the short-term for anxiety, benzos are the anxiety medications most often overused or abused, said David Hu, the medical director at Behavioral Health of the Palm Beaches in Florida. In fact, up to 44 percent of chronic users of benzos may develop a dependency on the medication, according to research. 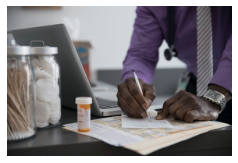 How Benzos Affect Your Brain — And Where It Can Go Wrong

Taking benzos is similar to drinking, according to Stephen Taylor, chief medical officer at Pathway Healthcare in Birmingham, Alabama and the medical director of the Player Assistance/Anti-Drug Program of the National Basketball Association. They work in a similar way to alcohol, providing quick and significant — yet temporary — relief of anxiety.

The main effects of these medications can be a good thing, especially if you’re dealing with anxiety or panic attacks regularly. However, there can be a major downside, according to Hu.

“These medications have limited duration of effect and people often feel even more anxious after the medication wears off,” Hu said. “This can lead to people taking the medication continuously to avoid feeling anxious.”

Similar to Dunham’s story, this may lead people to start turning to their medication to get through every single day.

“While a patient may have taken the pill initially to prevent panic symptoms, now they’re taking it for even the mildest symptoms,” Gandotra said. “They start taking it prophylactically — when they wake up, before a meeting, when they go to the grocery store.”

Signs You Or Someone Else Is Using Anti-Anxiety Medication Dangerously

It’s possible to develop a dependency on or an addiction to benzos, according to experts. And while addiction and dependence are not the same thing, the effects of withdrawal are extremely tough to deal with — and risky — for either scenario.

The trademark of developing a dependence on a prescription is an increase in the amount you take, Taylor said. People can experience this with continued, long-term use of benzos, needing higher and higher doses to achieve the same effect, Hu added. Signs of dependency also include slurring words, moving clumsily or sluggishly, mood shifts and vivid dreams.

If you’re worried that a friend or family member may be dependent on a benzo, watch for signs that they’re isolating themselves from others who may confront them about their medication use. They might also be irritable or tense, Gandotra said. Other signs of dependency to look out for include a sedated or drowsy appearance, sluggish movements, impaired memory and personality changes over time.

“Addiction is a disease of the brain.”

Addiction goes further than a dependency, and is considered a very valid and real medical condition that deserves its own treatment.

“Addiction is a disease of the brain,” Taylor said. People who develop addiction may exhibit a loss of control around the drug, continued use of the drug despite negative consequences and impulsive use of the substance without being able to limit themselves, Taylor added.

While anyone may develop a tolerance, there are certain risk factors that make certain individuals more prone to substance abuse of any kind. “The No. 1 risk factor for addiction is a family history of addiction,” Taylor said, such as a parent who had alcoholism. Additionally, people who have coexisting chronic illnesses, those who started using substances at an early age, and those who live with other mental health conditions are at an increased risk of developing an addiction disorder.

That being said, it’s important to note that even if someone doesn’t have these risk factors, there is a potential to become dependent or addicted, Taylor said. “I’ve had patients with zero risk factors that they were able to identify or report to me, but over time of being on benzos, they developed an addiction.”

What Is Benzo Withdrawal?

Whether you’re dependent or addicted to the medication, stopping benzo use cold turkey will lead to withdrawal symptoms, Gandrota said. The first signs of withdrawal are tremors or palpitations. Other symptoms include decreased concentration and trouble sleeping, rebound anxiety, muscle stiffness and pain and visual hallucinations.

It can also lead to seizures, rapid heart rate, elevated blood pressure, and even in some cases, death, if someone was taking more than three or four milligrams per day, Gandotra added.

If someone had a dependency on the medication, they’ll also need to gradually taper off the usage in order to be able to stop taking it, typically under the advisement of a doctor.

“Getting off benzodiazepines can be risky and should always be done with medical supervision by the prescribing doctor or doctor in another setting,” Hu said. “Addiction treatment centers and detox facilities are often staffed with doctors that specialize in detoxification from benzodiazepines and other aspects of addiction medicine.”

And it’s especially important to take note if other medications, specifically opioids, are involved, Taylor said. Both opioids and benzos suppress the part of the brain that controls crucial bodily functions, like breathing and heart rate. Research has found that than 30 percent of overdoses involving opioids also involve benzos.

While there are some benefits to using benzos — and there’s absolutely nothing wrong with taking mental health medication in general — experts overall recommended that doctors need to exercise more caution and consideration when prescribing benzos since the risk is so high when it comes to long-term use.

According to Taylor, medical professionals should be prescribing them only for short-term treatment, only on a very temporary basis, and only to patients who do not have a personal or family history of addiction disorders.

“Especially in the midst of our opioid epidemic, there’s no time like the present to look at dangers of benzos and develop a new respect and new caution to approach these medications,” Taylor said.

Need help with substance abuse or mental health issues? In the U.S., call 800-662-HELP (4357) for the SAMHSA National Helpline.

(Locke ​Hughes ​is a freelance writer, content consultant, and an Emory-certified health coach. When she's not sharing the latest wellness news or her deepest inner thoughts on the internet​, she enjoys doing hot yoga, ​drinking cold white wine, ​and reading Liane Moriarty novels. This piece was posted most recently at HuffPost.)