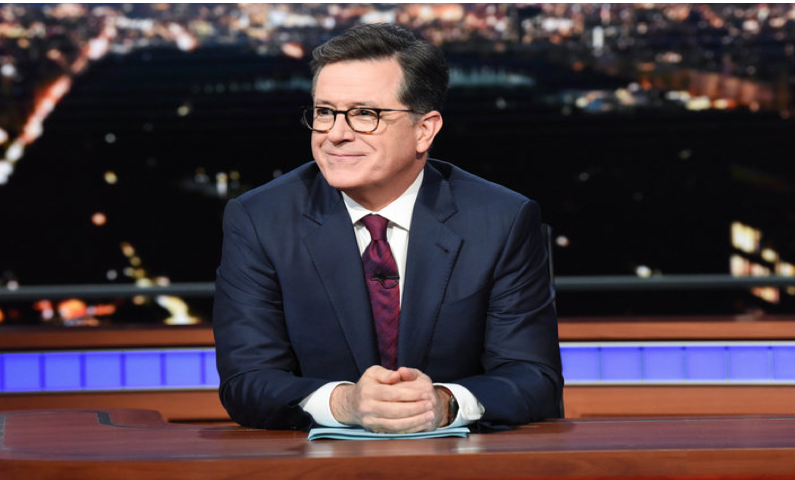 For Stephen Colbert performing in front of an audience isn’t a source of anxiety ― it’s his escape from it.

The “Late Show with Stephen Colbert” host, 54, opened up to Rolling Stone this week about living with anxiety when he was younger. He discussed the behaviors it provoked and the different methods he tried to manage it.

“I had a bit of a nervous breakdown after I got married — kind of panic attacks,” he told the publication. “My wife would go off to work and she’d come home — because I worked at night — and I’d be walking around the couch. And she’s like, ‘How was your day?’ And I’d say, ‘You’re looking at it.’ Just tight circles around the couch.”

Colbert said back then he took medication for his anxiety for a few days, which he said helped. But he ultimately decided that treatment plan wasn’t right for him.

“I realized that the gears were still smoking. I just couldn’t hear them anymore,” he said. “But I could feelthem, I could feel the gearbox heating up and smoke pouring out of me.”

Eventually he noticed that his anxiety would dissipate when he performed with the improv troupe Second City in Chicago.

Nobody ever asked me what was wrong! It went on for months. Stephen Colbert

“I would go to the show, and I would curl up in a ball on the couch backstage and I would wait to hear my cue lines. Then I would uncurl and go onstage and I’d feel fine,” he said. “Which occurred to me at the time: Like, ‘Oh, you feel fine when you’re out here.’ And then as soon as I got offstage, I’d just crumble into a ball again. Nobody ever asked me what was wrong! It went on for months.”

Colbert’s experience is far from uncommon. The widespread stigma and misunderstanding surrounding mental health issues keeps those living with mental illness from speaking up or asking for help, and discourages everybody else from talking about it.

An estimated 40 million American adults, or 18 percent of the adult population, are affected by anxiety each year. In addition to panic and excessive stress, it can cause headaches, stomach issues, rapid breathing, heart palpitations and more. But the good news is that anxiety is highly treatable: Therapy, medication, coping techniques or a combination of methods can help people manage anxiety and live well.

Colbert told Rolling Stone that his work continues to be a lifeline for him.

“Creating something is what helped me from just spinning apart like an unweighted flywheel,” he said. “And I haven’t stopped since. Even when I was a writer, I always had to be in front of a camera a little bit. I have to perform.”

(Lindsey Holmes writes for HuffPost  … where this piece originated.)