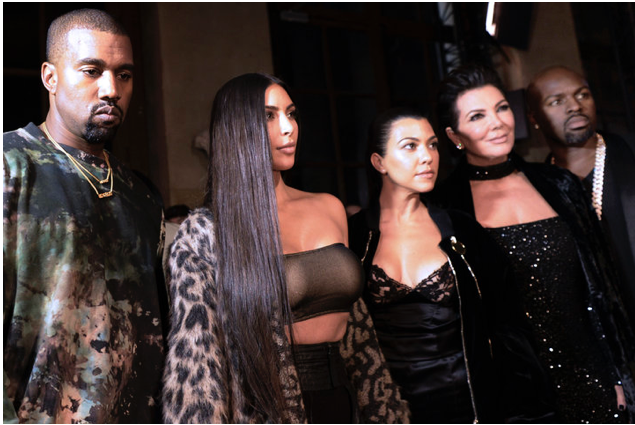 WELLNESS--Keep up with the Kardashian-Jenner family at your own risk.

According to a new study out of the London School of Economics and Political Science, watching shows like “Keeping Up With the Kardashians” can make you less sympathetic to the plight of the poor.

The researchers found that even 60 seconds of exposure to materialistic media ― content that “glamorizes fame, luxury, and wealth” ― was enough to significantly increase anti-welfare beliefs.

Lead researcher Rodolfo Leyva said that’s in part because humans are naturally materialistic and shows like “KUWTK” may simply draw out our more selfish sides.

“If there is more emphasis on materialism as a way to be happy, this makes us more inclined to be selfish and anti-social, and therefore unsympathetic to people less fortunate,” said Leyva, a fellow of media and communications at the school.

“This study can contribute to explanations for why the U.K. public’s support for welfare to aid the impoverished and unemployed has been decreasing,” he added.

Leyva studied two groups of 487 British adults, ages 18 to 49. Both groups believed they were participating in an experiment to test memory and attention.

The groups were asked questions that measured their attitudes toward wealth and success, the less fortunate and government benefits.

In the end, the group exposed to the materialistic media were more prone to anti-welfare attitudes and supportive of anti-welfare policies (tax cuts, austerity measures and welfare reductions).

The participants were also asked about their TV viewing habits: Did they tune into programs that showcased glamorous lifestyles (like “Keeping Up With the Kardashians” and “Made in Chelsea,” a reality series following a group of rich London 20-somethings)? Did they watch shows that emphasized luxury goods and promoted cutthroat competition for wealth and fame (such as the U.K. versions of “The Apprentice” and “X-Factor”)?

They were also asked if they regularly read tabloid newspapers or magazines filled with luxury goods (like GQ, Vogue and Esquire.)

As with the first experiment, the results showed that those who regularly consumed such media were far more likely to hold “stronger materialistic and anti-welfare attitudes than lighter consumers of these shows.”

Leyva told HuffPost that the findings didn’t necessarily surprise him, given that a previous study showed that even a brief exposure to pictures of money and words like “buy” and “expensive” can trigger anti-social responses and inhibit humans’ more social and communal feelings.

“When considered together with my study, it suggests that exposure to the message in this materialistic media can inhibit peoples’ altruism, empathy and concern for the community and others,” he said.

What can you do if you are a loyal fan of these shows and are worried about how it might affect your empathy levels?

Remind yourself to look down the mountain rather than up, said Laurel Steinberg, a New York therapist who is unaffiliated with the study and has a lot of millennial clients who struggle to keep up with the Joneses.

“Sure, there are a few super wealthy people at the tippy top, but most people of the world lie below,” she said. “If you think you’re being negatively impacted, tune out for a while ― or until you get reoriented to reality. Spend this time varying what you watch and pay careful attention how you interact with people when you go out into the world.”

Maybe even use that extra time you’d normally devote to E! to volunteer at a shelter or soup kitchen.

“That’s a good thing to do anyway,” Steinberg said.

I personally can’t stand these shows, but I can see how some of them can be escapist fun. I completely understand that after a hard and stressful day of work, these shows may function as a form of self-care. Rodolfo Leyva, fellow of media and communications at the London School of Economics

Leyva agreed that people need to be more cognizant of how their viewing habits shape their worldview.

“It’s certainly not my intent to offend anyone or to tell them what to watch,” he said. “I’d simply say that the more people become informed about how these shows and mass media in general can negatively influence their conceptions of reality, values and behaviors, the more they can actively resist some of the negative influences.”

And if you simply need your “KUWTK” fix to unplug at the end of the day, Leyva gets it. Kind of.

“I personally can’t stand these shows, but I can see how some of them can be escapist fun,” he said. “I completely understand that after a hard and stressful day of work, these shows may function as a form of self-care.”

Long story short? Keep up with the Kardashians all you want, but keep it altruistic too.

(Brittany Wong lives in LA and covers love, sex and relationships for HuffPost … where this piece originated.)