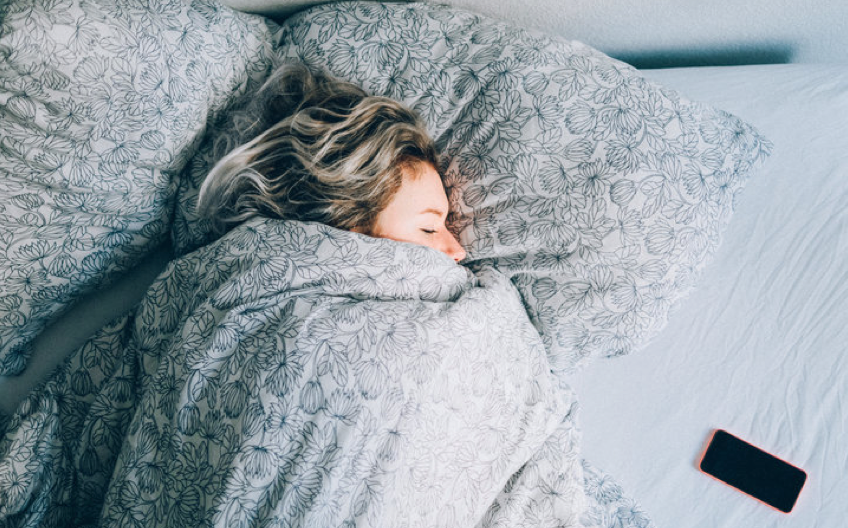 WELLNESS--Spend some time scrolling through your social media feed and you’re likely to come across the term “depression nap.”

Like its name would suggest, a depression nap is a period of time where someone takes a lengthy snooze in order to shy away from unwanted emotions or symptoms associated with their depression.

It’s a largely internet-created phenomenon, with the sleeping trend gaining popularity among those on social media, according to Michelle Drerup, director of behavioral sleep medicine at the Cleveland Clinic.

It’s the exact habit that Nina Braca turns to when she feels upset or frustrated. Although the 23-year-old New Yorker started taking naps as a means of coping before the term was popularized, she continues to rely on napping when she wants to avoid a period of problems or thinking. Braca estimates that her naps last two to four hours, and mainly occur on weekends when she isn’t working.

“I started feeling abnormally tired when I started taking antidepressants about six years ago,” she told HuffPost. “I would come home, nap for two hours, do some work and then go to sleep. I was very depressed then and sleeping was a way to ignore everything.”

The idea of taking extended naps to avoid unwanted feelings is why Trey Longo takes depression naps, too. The 24-year-old from Columbus, Ohio, said his naps last for an average of four to six hours. Like Braca, he uses the time to withdraw from unwanted feelings.

“The biggest benefit of depression naps is that they allow me to escape negative feelings associated with myself due to depression,” he said. “I use it as an escape from the things I can’t do because of my depression.”

Despite their reliance on depression naps, both Braca and Longo said they know it’s not a long-term means of treatment. Braca said napping is the “best way to pass the time” but acknowledges she is using sleep to avoid her problems. Longo agreed, noting that although he is able to escape his problems with napping, the mental respite is only temporary.

While it may seem like a means of coping with the illness, experts warn that those taking frequent, extensive naps are likely masking a much larger problem. There’s absolutely nothing wrong with a brief nap here and there, but a depression nap may not be as helpful to your mental health as its popularity would lead you to believe.

is it ok to take a depression nap at 8pm? asking for a friend

According to Adriane Soehner, an assistant professor of psychiatry at the University of Pittsburgh, the fleeting nature of social media’s self-prescribed way of coping is what makes the treatment problematic. A few hours of shuteye may help for a time, but whatever one wishes to avoid with napping will still be there upon waking.

“It would be wonderful if we could sleep away depression, but we all know that’s not the case,” Soehner said. “Napping every now and then isn’t much of a concern if your sleep is healthy and you’re mentally healthy, but in the case of depression, it’s something you want to keep an eye on.”

There’s no denying that napping can be used as a form of coping, Soehner said, but it’s how the coping mechanism is used that matters. She explained that people can turn to naps when they’re feeling bored or want to avoid activities they dislike. Others, including those with depression, can use naps to escape their feelings or negative thoughts. But, when naps start to interfere with regular sleep or occur for multiple hours of the day, that’s when one should reconsider this form of coping.

How Depression Naps Aggravate The Condition

The reality is that this technique is doing more harm than good. Extended naps can alter a person’s overall sleep patterns. Disrupted sleep cycles can make depression worse, Soehner said, and in some cases the need to frequently nap can stick around even when depression gets better.

“While naps are meant to be restorative and energizing, depression naps can actually be an unhealthy way of dealing with feelings, becoming a kind of defense mechanism and avoidance,” Drerup said. “They may wake up feeling guilty and more overwhelmed that they have the same things to do but less time to do it now. It’s very important for people to be able to tolerate their feelings and practice healthy coping skills that combat depression.”

If you start to become concerned about the frequency of your napping or you notice you’re napping more, Drerup suggests keeping a sleep log. She also recommends only taking short “power” naps of 15 to 30 minutes.

It’s not unordinary to feel fatigued if you have depression, Soehner said, but instead of turning to naps, those with the condition should try doing something that keeps them engaged. She suggests playing a fun game on your phone, going for a short walk or just stepping outside to see the sun.

Drerup also recommends finding a support group, exercising, watching things that make you feel good, spending time with a pet or expressing yourself through art, music or writing.

Most important, chat with a professional if any depression symptoms, like excessive sleep or fatigue, are interfering with your daily life.

“If you’re taking frequent depression naps, it’s certainly worthwhile to bring that up to your doctor, especially if you’re feeling particularly distressed or the naps are impairing you,” Soehner said. “If you begin missing work or school or family and friends start to raise concern about how much you’re sleeping it’s generally a good idea to seek a little more help.”

(Lauren Rearick is a freelance writer based in Western Pennsylvania. She has written for Teen Vogue, Reader's Digest, CNN Opinion, Hello Giggles and others. This piece was posted first at HuffPost.)