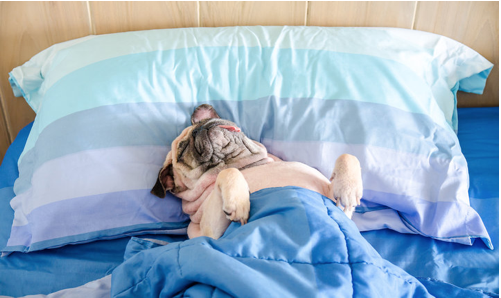 WELLNESS--Sleep is very, very good. And while it’s essential to get a solid seven to nine hours per night, when you occasionally miss the mark, a nap can help a great deal. Hey, it’s still a good idea even if you do get enough sleep.

There’s really no excuse not to nap — especially when there are so many health benefits. Curious what those perks are? Here are seven reasons why you should take a snooze right now:

Feeling frustrated? According to researchers at the University of Michigan, who published a study in the journal Personality and Individual Differences, you should probably take a nap. Participants were asked to complete a particularly frustrating task — drawing geometric designs on a computer screen. Those who took an hour-long nap before the exercise were able to draw for 90 seconds, compared to a control group who watched a nature documentary instead of napping. They gave up after about 45 seconds.

While an actual nap is certainly beneficial, so is the time before you take one. One British study found that participants’ blood pressure dropped before they even fell asleep — just anticipating the nap they were about to take was enough.

A study conducted by researchers in Germany found that taking an hourlong nap can dramatically improve our ability to remember information. For the study, participants were asked to remember specific words and pairs. Then, half the participants watched a DVD while the other half napped. When asked about their memory of the words, the nap group performed five times as well as the DVD group.

Your guide to taking care of your mind and body so you can take on the world.

If you haven’t been feeling too imaginative lately, it’s probably time to hit the hay. A study conducted by psychiatrist Sara Mednick out of the University of California, San Diego, found that people who take REM naps ― the deep sleep state where you’re dreaming ― were more creative when it came to problem solving than non-REM nappers.

One study of 23,000 Greek adults found that people who took midday naps — a.k.a. “siestas” — were over thirty percent less likely to die of heart disease, according to The Washington Post.

“Napping may help deal with the stress of daily living,” Michael Twery of the National Heart Lung and Blood Institute said, according to the Washington Post. “Another possibility is that it is part of the normal biological rhythm of daily living. The biological clock that drives sleep and wakefulness has two cycles each day, and one of them dips usually in the early afternoon. It’s possible that not engaging in napping for some people might disrupt these processes.”

Don’t think you can actually fall asleep? It may not matter all that much. A 2007 study, which took a look at the effects of napping versus resting, found that simply lying down for 10 minutes improved mood regardless of whether or not the person fell asleep.

What are you waiting for? Get snoozing and dream on!

(Leigh Weingus writes for Huff Post … where this piece was first posted.)