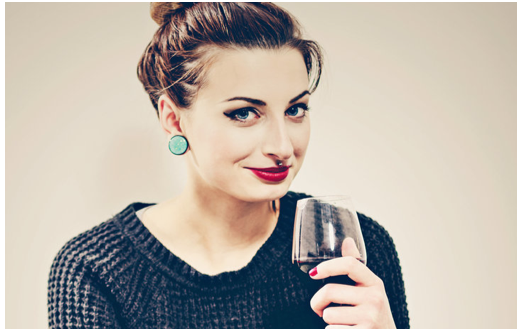 WELLNESS--You may want to reconsider your nightly nightcap if your goal is solid slumber. Wine, beer and liquor can all help you fall asleep faster (or “shorten your sleep latency,” to use a more technical term), but experts agree that if you drink before bed, you’re more likely to wake up throughout the night and get less deep sleep.

The truth about your bed wine

If you imbibe too much close to bedtime, both the quality and quantity of your sleep ― and your brainpower the next day ― will suffer.

“Alcohol messes with your sleep cycles, resulting in more arousals, and causing you to spend less time in the important deep sleep stages,” says Dr. Rajkumar Dasgupta, an assistant professor at the University of Southern California’s Keck School of Medicine and a spokesperson for the American Academy of Sleep Medicine.

This means that even if you conk out quickly, you’ll pay for it later in the night (not to mention the next morning).

You cycle through your various sleep stages every 90 minutes or so, and you tend to get more deep sleep in the second half of the night, which is when the effects of alcohol really come into play, Dasgupta says. You need to spend time in these later stages in order for sleep to feel restorative. What’s more, deep sleep is crucial for cognition and memory.

This is your sleep on booze

Alcohol is a central nervous system depressant, according to Dr. Patricia Carter, associate professor at the University of Texas at Austin’s School of Nursing and a Sleep Research Society committee member.

“When someone drinks alcohol, it results in them feeling ‘calmer’ and more relaxed because it directly impacts the system that is causing anxiety or ‘stress’ feelings,” Carter says. In other words, alcohol makes it easier to fall asleep ― but it doesn’t guarantee a restful night.

After a short time ― about two hours, depending on your metabolism ― your body will start trying to wash out the alcohol, which it views as a toxin, Carter says. This process is accomplished by pulling water from cells and flushing out the toxin through the kidneys and bladder (which is why you have to get up and pee so often).

On top of this, alcohol suppresses the anti-diuretic hormone in your body, which can contribute to even more bathroom trips, according to Dasgupta. And when you’re going to the bathroom regularly, you’re losing essential electrolytes.

All of these factors can add up to a terrible night of light, frequently interrupted sleep and an exhausted, dehydrated you in the morning. But it doesn’t have to be this way!

Five expert-backed tips for having your drink and sleeping later too:

It’s important to note that alcohol worsens sleep disorders. More than 18 million adults have sleep apnea, a condition in which breathing is interrupted during sleep, according to the National Sleep Foundation. Since alcohol results in extra breathing difficulties, it’s a double whammy for the health of anyone with the disorder, according to Dasgupta. Booze can also increase the symptoms or effects of parasomnia (sleepwalking) and restless legs syndrome. So if you have any of these conditions, you’ll want to be extra careful with your consumption

(Abigail Cuffey On Assignment For HuffPost … where this wellness perspective was first posted.)