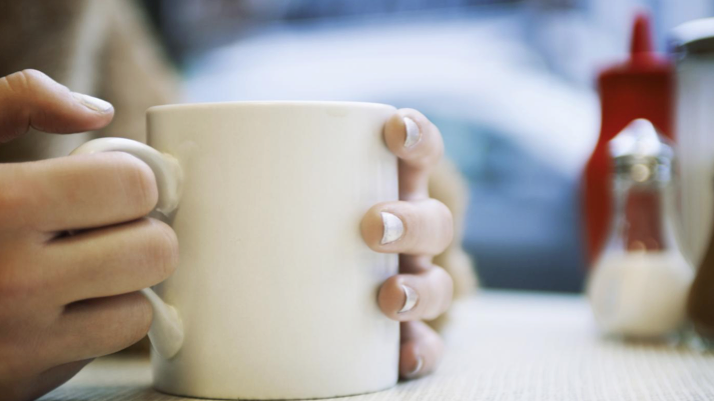 WELLNESS--For some of us, the best part of waking up is a piping hot cup of coffee. However, a majority of Americans are doctoring those drinks with a lot of added calories, according to an analysis published in the journal Public Health.

Two-thirds of coffee drinkers include milk, cream, sugar or other calorie-laden additives in their beverages, according to researchers at the University of Illinois and University of California. And it’s not just java lovers: An estimated third of tea drinkers do the same.

The researchers examined more than a decade of data from the National Health and Nutrition Examination Survey to measure the consumption of the drinks with add-ins as it relates to the overall energy, sugar and fat intake of U.S. adults. Of the more than 19,000 people analyzed, approximately 51 percent were daily coffee drinkers and 26 percent were daily tea drinkers.

More than 67 percent of the coffee consumers drank the beverage with at least one caloric add-in, as did some 33 percent of tea drinkers. Researchers estimate these additives equate to about 69 extra daily calories on average for coffee drinkers, 60 percent of which is from sugar while the rest comes from fat. Tea lovers add on average 43 calories to their diet a day with add-ins, the majority of which comes from sugar.

Of course, the total number of daily calories may not seem like a lot ― and consumed every so often, it isn’t. But the researchers stress that this consumption is daily, and many people don’t consider this intake as part of their overall diet.

“Our findings indicate that a lot of coffee and tea drinkers regularly use caloric add-ins to improve the flavor of their beverages, but possibly without fully realizing or taking into consideration its caloric and nutritional implications,” lead study author Ruopeng An, a kinesiology and community health professor at the University of Illinois, said in a statement.

Translation: Excess sugar and fat are critical to monitor in an effort to curb health effects like weight gain. So while fewer than 100 calories may not seem like a lot in theory, the researchers warn that stuff stacks up over time ― often without you thinking about it. An extra 69 calories in your coffee each day adds more than 25,000 calories to your diet per year; as running a mile burns about 100 calories, you’ll have to run approximately 250 miles to burn that off.

This doesn’t mean you have to give up your drink entirely. The best way to avoid this calorie trap is to ditch the sugar, spice and everything nice and opt for a plain version of the beverage. (It may actually be beneficial for your health.)

But if that’s not your cup of tea, try swapping for healthier options, like cream for milk with a lower fat content. And take heart in the meantime: Research shows your taste preferences change over time, so maybe one day you’ll get to the point where you’re a black coffee person.