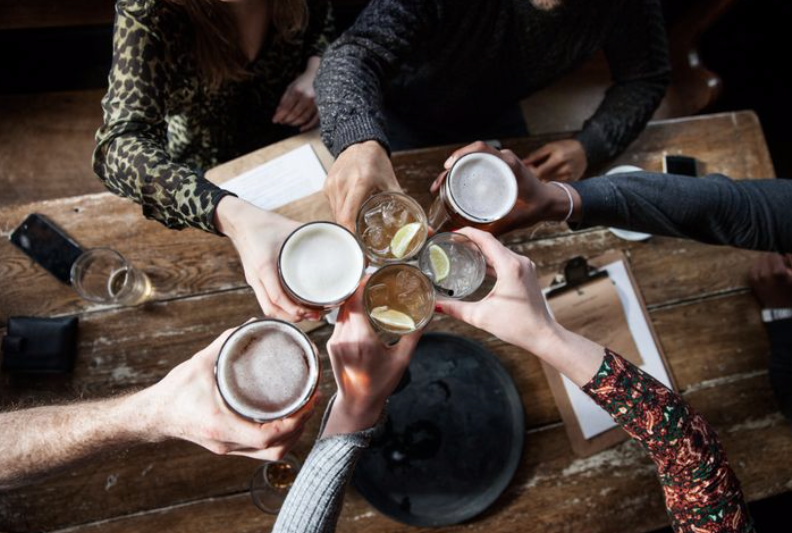 WELLNESS--You’ve probably heard remarks like, “She could drink me under the table” or “He is a total lightweight.” Those comments, which come with (dubious) connotations of strength and weakness, are rooted in the concept of alcohol tolerance.

So what is alcohol tolerance? The term refers to the ability of some people to consume larger amounts of alcohol before feeling its effects than others, said Peter Martin, a professor of psychiatry and behavioral sciences at Vanderbilt University Medical Center.

There are several reasons why this happens, and thus why it seems like some people can drink endlessly without a buzz and others feel tipsy on half a glass of wine.

Researchers have examined multiple factors to figure out why some people’s bodies appear to handle more alcohol better than others, Martin said.

Gender and body weight clearly influence how an individual tolerates alcohol. Men tend to be able to drink more than women before they appear drunk. Larger people may imbibe more than smaller people without immediate ill effects.

Other biological factors are a bit more complicated.

“Some think it relates to the enzymes involved in metabolizing the alcohol; others think there’s a varied effect on neurotransmission in the brain,” Martin said.

In the case of the neurotransmitters, the theory is that the brains of some people with high tolerance simply aren’t receiving signals saying, “Whoa there, you should probably stop drinking.”

As for the role of enzymes, “alcohol metabolism is a multi-step process,” explained Brad Uren, an assistant professor of emergency medicine at the University of Michigan health system, Michigan Medicine.

Some people are deficient in aldehyde dehydrogenase, which can lead to a buildup of acetaldehyde in the blood.

“This can lead to ‘flushing’ of the skin, and worsening or increased symptoms commonly associated with ‘hangover,’” Uren said. “Individuals of Asian descent are more likely to have this enzyme deficiency.”

Beyond that, our brains and bodies tend to adjust pretty quickly to heavy drinking.

The human body “has the ability to adapt to increased alcohol use,” Uren noted. “This can result in more rapid metabolism of alcohol.” And that, in turn, means those who drink alcohol more frequently “may also appear less intoxicated than others that have consumed a similar amount of alcohol.”

Higher tolerance is not necessarily a good thing.

The first problem with higher alcohol tolerance is that it can give a false impression of just how drunk someone really is. Although you might think someone seems OK to drive a car or ride a bike because they’re not stumbling or slurring their words ― and they might think so, too ― that is not a sound assumption. The amount of alcohol consumed still matters.

“It is not safe to assume that these individuals are better able to perform tasks that require concentration and reaction time, such as driving a vehicle, as if they had not consumed alcohol,” Uren said. The wiser choice is to take away the keys and call Uber.

It’s also not safe to assume that someone with high alcohol tolerance, who’s able to drink more without feeling drunk, is not going to see the long-term effects of excessive drinking.

They’re still at risk for complications related to “how much alcohol you’ve consumed in a lifetime,” Martin said. “These include cirrhosis of the liver, brain disease, neuropathy, pancreatitis, and gastritis or stomach cancer.”

Indeed, “people with a higher tolerance, who have that capacity to drink more, are more prone to develop alcoholism,” he said.

Relying on your tolerance is particularly dangerous in the summer.

You should be especially mindful of drinking levels during the warmer season, Uren stressed, when people often increase their alcohol consumption.

“Alcohol can lead to dehydration, and should not be used in place of water or other fluids when exercising or outside on very hot summer days,” he said.

Drinking also impairs coordination and judgment. That means you should “separate the use of alcohol from activities that require extra concentration or coordination,” Uren said ― like biking, climbing and a hundred other fun summer sports.

Remember that unsafe alcohol use is not defined by your tolerance but by how much you’ve had to drink.

One standard drink is about five ounces of wine, 12 ounces of beer or 1.5 ounces of distilled spirits.

More broadly speaking, you should avoid risky or hazardous use of alcohol.

And never, ever, try to keep up with the alcohol-tolerant Joneses.

“Being able to drink someone under the table is so commonly associated with strength, and there’s such a stigma to being a lightweight,” Martin said. But really, the “lightweights” are better off.

(Jenna Birch writes for HuffPost .. where this piece was first posted.)