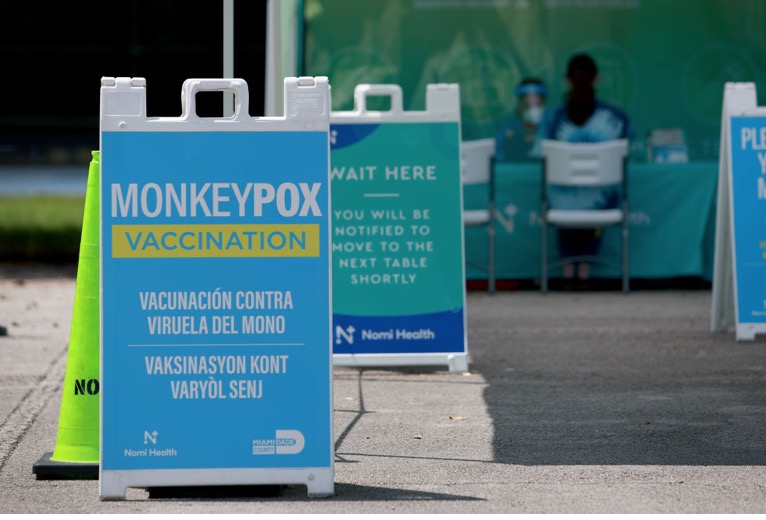 HEALTH CRISIS - A familiar script is playing out with the latest global virus: a quick moving germ. A sluggish federal government. A vaccine in short supply.

The federal government’s failure to take swift and measured action early on against monkeypox means there aren’t enough vaccine doses to stop the virus in its tracks. Not surprisingly, the frustration in the community most impacted by monkeypox is growing, along with the number of cases. Coming rather late is the Aug. 18 news that U.S. officials are working to make the vaccine more widely available by expediting a deal between the Danish vaccine manufacturer Bavarian Nordic and a Michigan-based company, Grand River Aseptic Manufacturing.

“As the monkeypox outbreak spreads uncontained in the gay, bisexual and trans communities in the United States, members of at risk communities are being turned away from monkeypox vaccination because these vaccines are not available in sufficient quantity in the U.S., but instead sitting in freezers in Denmark,” reads a letter to federal officials from PrEP4All, the activist group that has been working for years to make HIV treatment more affordable and accessible. “We must not allow the same failures of vaccine production and distribution that hampered the global COVID-19 response cause us to fail to contain the current monkeypox outbreak.”

The letter demands that the federal government take the necessary steps to provide a larger supply of vaccine doses. But the statement is dated June 28, and doses are still in short supply nearly two months later. Meanwhile, the virus is multiplying, and there are signs that it may be impacting Black and Latino people disproportionately in some communities, according to CDC data.

“It’s like watching a ticking time bomb. You don’t need to be an epidemiologist to figure out that these things multiply. At the first sign of monkeypox, the CDC or whoever should have been ordering a huge supply of vaccines,” says Rigo Torres, who recently showed up to a “pop-up clinic” in West Hollywood but was turned away because he didn’t have an appointment. The Los Angeles County resident is now waiting to pre-register for an appointment. “I thought pop-up meant I could just pop in to get my shot, but this is harder than it should be for a so-called emergency.”

Monkeypox, a rare disease first discovered in animals in 1958 and in humans in 1970, is endemic in parts of Africa. Prior to this year the disease was rarely seen in the United States or other Western countries. It typically spreads through skin-to-skin contact with rashes, scabs or bodily fluids, but can also be transmitted through objects touched by someone infected by monkeypox and through respiratory secretions.

The latest figures show 14,115 laboratory-confirmed cases reported in the United States, by far the most in the world, according to a tally by the Centers for Disease Control. The first U.S. case was reported on May 18. A few more cases surfaced in the days that followed. By mid-June, the number reported daily had grown to double digits. Since then, it has grown exponentially. In California 2,663 cases have been reported. New York is the only state with more, with 2,744 reported.

“With the tools we have right now, we can stop transmission and bring this outbreak under control,” said WHO Director-General Tedros Adhanom Ghebreyesus in his emergency declaration.

Why did the U.S. government wait so long to take action against the virus?

“I never thought this would happen again,” says Randy Johnson, 59, a Palm Springs resident who recalled the days when AIDS research in the 1980s failed to keep pace with deaths from HIV. “Is our community being sacrificed again? For what? I just don’t get why we have to wait around for vaccines because the federal government isn’t moving quick enough.”

Predicting the course of a virus is a tricky science, but it’s not as if U.S. government officials had no idea that the monkeypox virus was a potential threat. They’ve known of its existence for decades.

In 2002, scientists and former United Nations weapons inspectors told United Press International that monkeypox could be used by bioterrorists to attack the United States. A year later, the U.S. government began working with biotech company Bavarian Nordic in Denmark to develop, manufacture and supply a smallpox vaccine with fewer side effects, according to a company announcement last month. Smallpox and monkeypox viruses are genetically similar, so the U.S. Food and Drug Administration approved the use of the Jynneos vaccine to prevent monkeypox. The statement notes that 13 million doses of the Jynneos monkeypox vaccine are slated for future delivery to the United States but doesn’t specify a date.

The monkeypox outbreak isn’t the result of bioterrorism, but the federal government’s response certainly calls into question our country’s preparedness. A years-long investment of U.S. tax dollars has helped build up a foreign company, but hasn’t helped U.S. residents receive vaccinations in a timely way.

U.S. government officials have estimated that up to 1.7 million people are at highest risk of getting infected with monkeypox. The United States has bought access to bulk vaccine materials, which Bavarian Nordic was to finish manufacturing into vaccines if needed. However, manufacturing delays, regulatory hurdles and contract negotiations have caused months-long delays. Even with a U.S. company completing the manufacture of vaccines, the steps needed to produce ready-made vials will take months.

The delay in responding to the outbreak began with the WHO. Medical experts wondered why the United Nations agency waited so long to declare an emergency. Doing so alerts the public about the health threat, while also calling for coordination among public health entities. Such a pronouncement obviously adds urgency for the multipronged approach we now know is needed to combat a virus: testing, contact tracing, vaccines, treatment and monitoring. These are all steps that should have been taken earlier.

Fortunately, some public health leaders have heeded lessons learned from the COVID-19 pandemic. More than three dozen municipalities have wisely begun monitoring wastewater for monkeypox viral DNA. The Sewer Coronavirus Alert Network (SCAN), a national network of university researchers launched in November 2020 to monitor COVID-19, was expanded in June to include surveillance of monkeypox. The program began with eight Northern California communities and has since expanded to 11 other states and 28 California communities, including Los Angeles and San Diego.

Edwin Oh, associate professor at the University of Nevada, Las Vegas, School of Medicine, is hopeful about the potential to monitor outbreaks, especially in vulnerable communities such as those in homeless shelters and prisons. Oh, an infectious disease expert who leads a wastewater surveillance program in Las Vegas, notes that by studying wastewater, viral DNA that’s shed through skin lesions, feces, urine and saliva into sewer lines can be detected.

“By determining the presence of MPX viral DNA at a shelter, for example, we can mitigate the spread by determining whether disinfection protocols would be sufficient to remove the pathogen from mattresses that are shared,” Oh wrote in an email to Capital & Main. “Using genome sequencing from wastewater, we can also determine if there is a new subvariant that may be in circulation in a city or a facility. This information can help define whether antiviral treatments (and even vaccines) are appropriate for the outbreak.”

The monkeypox outbreak shouldn’t be “a giant Choose Your Own Adventure that could have wildly varying results,” Maryn McKenna wrote in a recent WIRED magazine story. McKenna rightly states that our response to the monkeypox outbreak should be informed by what we learned from the COVID pandemic to ensure the equitable distribution of vaccines and research, instead of “consigning some people to run the most risk because of race, geography, or gender.”

The way the federal government is currently handling the monkeypox outbreak can make us feel like we’ve seen this drama before. However, it’s not too late to mitigate this viral outbreak before it becomes a national disaster.

(Minerva Canto is a writer for Capital & Main, where this story was featured.)